In its beginning, Asheville was located at the crossroads of trade routes and deer paths…and it was called Morristown. In 1797, it was renamed Asheville by North Carolina Governor Samuel Ashe. At one time, this city located in the broad Swannanoa Valley was the third largest city in the state; right behind Raleigh and Wilmington.

In the late 1800s and early 20th century, Asheville became known as a health resort. Folks flocked to the mountains to enjoy the fresh air and the fine accommodations of the Grove Park Inn and the Battery Park Hotel and to engage in outdoor activities like horseback riding, hiking, and picnicking.

You might not know, but the Asheville area is the root source of a word commonly used to denote "nonsense." In 1820, Representative Felix Walker was addressing the House of Representatives on the topic of Missouri statehood. His intent was to engage in a long address, not necessarily related to the issue at hand, with the goal of being quoted in the newspaper, so he could be noted as performing his job. His long, dull, and drawn out speech was referred to as…just a lot of "bunkum," in reference to his home county of Buncombe.

Wandering down Biltmore Avenue from Pack Square, one of the oldest parts of the city, you’ll happen upon the Mast General Store. Located in the old Fain’s Department Store building, the mercantile is filled with most everything you need for life…and that’s no bunk! 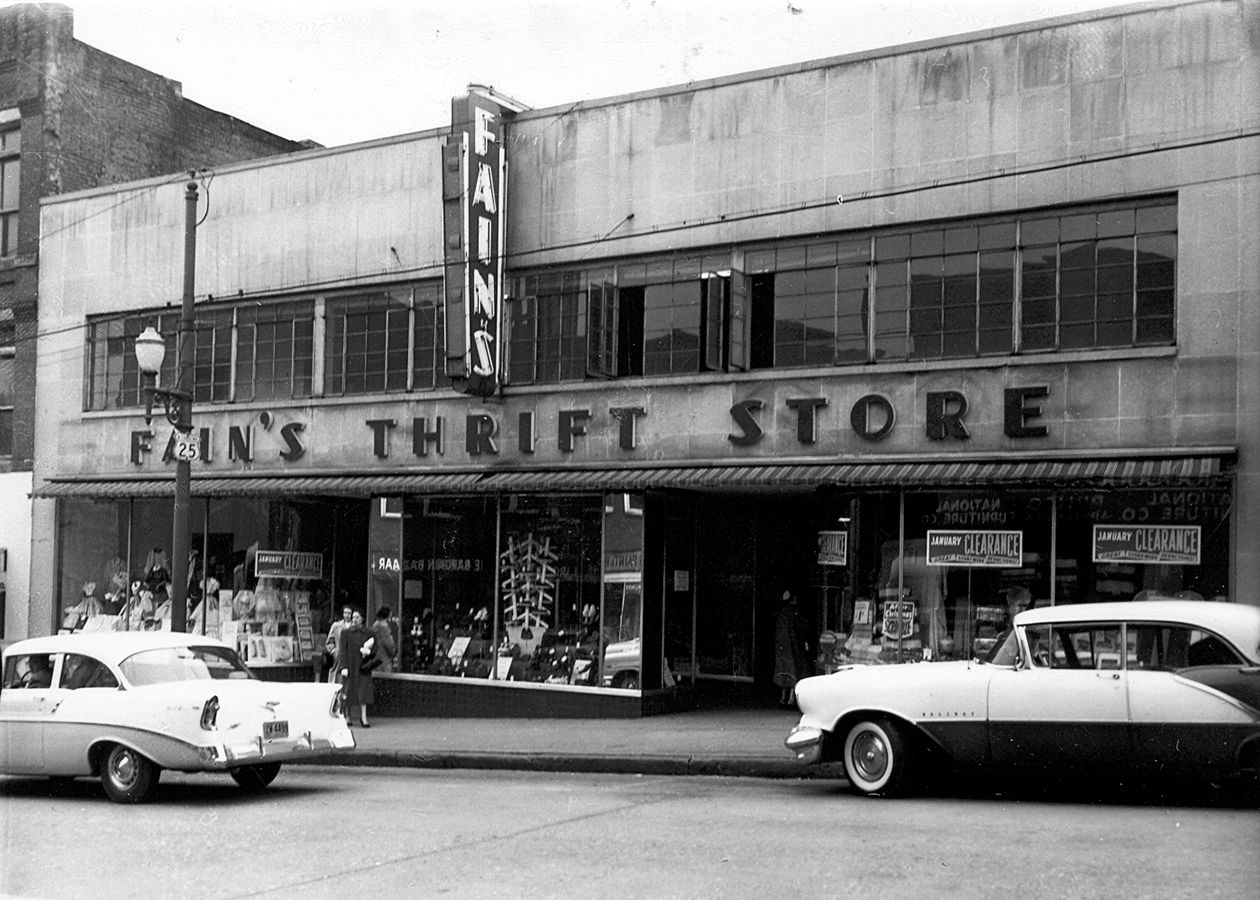 It took a while to find just the right building in Asheville. When we identified 15 Biltmore Avenue as our new home, so many people shared their fond memories of Fain's Department Store. It was a thrift store featuring clothing for men, women, and children, along with linens, housewares, and gifts. Today, as you walk in the front door, you'll see a memory prompt for many.