Roanoke has always been a gathering place since its days as Big Lick, when animals would gather to partake of nutrients found in naturally occurring salt licks. Hunters would also gather near the salt licks.

The area was surveyed by Joshua Fry and Peter Jefferson (Thomas Jefferson’s father) in the 1750s. Their map showing the Great Wagon Road from Philadelphia through Virginia to the Yadkin River was used by thousands of settlers in search of free or cheap land. Big Lick was a stop along the Great Wagon Road and was also where travelers could choose to follow a fork through Southwest Virginia that would come to be known as the Wilderness Road.

Travel and transportation are the catalyst for Roanoke’s growth. When the first rails bypassed Big Lick, the town moved to the rails. The early railways connected farmers to outside markets then eventually linked the mountains to larger cities, which were interested in the region’s coal deposits. In 1882, the city was renamed Roanoke, which is an Algonquin word for shell “money.” Railroads continued to grow, merge, and grow again. Norfolk and Western’s Roanoke Shops were famous for manufacturing steam locomotives. These iron horses were known industry wide for their excellence. As a result, the N & W was the last railroad to convert to diesel engines in the 1960s.

Railroads lead to huge population jumps. In fact, the city was growing so quickly that it took on the moniker “Magic City” for a time. The heart of the city is found in its center – it’s where business is done and people gather. The City Market was the foundation of Roanoke’s center. Established in 1884, farmers and makers gathered to respond to the city’s needs. In 1922, a larger more modern city market was constructed. It’s still a gathering place for local producers, artists, and restaurant goers.

The city’s second wave of growth sits on Jefferson Street. It’s where you’ll find the building that now houses the Mast General Store. Built as Thurman & Boone Furniture, its retail history is long and storied and includes businesses owned by two of the city’s most successful entrepreneurs. 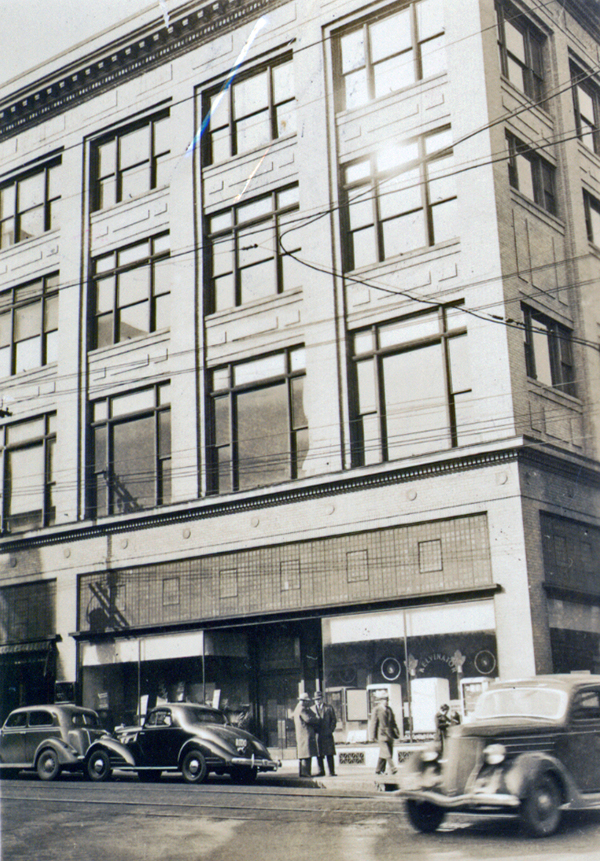 Many people will ask, "Why did it take you so long to come to Downtown Roanoke?" The answer is we were waiting for just the right time and for a building that was crying out to have its story told, retold, and added on to. That building is at the corner of South Jefferson Street and Church Avenue. We can't wait to share its story and to add on to it with each and every new visit.