The city of Asheville is the hub of Western North Carolina. It is filled with one of the largest concentrations of Art Deco buildings in the United States. Overall, the city has many architectural styles that work together like a patchwork quilt.

The history of the Asheville location stretches back to mid-1800s. Biltmore Avenue and Pack Square have long been centers of commerce and travel. First as an animal path, then a trade route, and in the early 1800s as a part of the Buncombe Turnpike, which linked Upstate South Carolina to Tennessee. It was completed around 1827 or 1828. 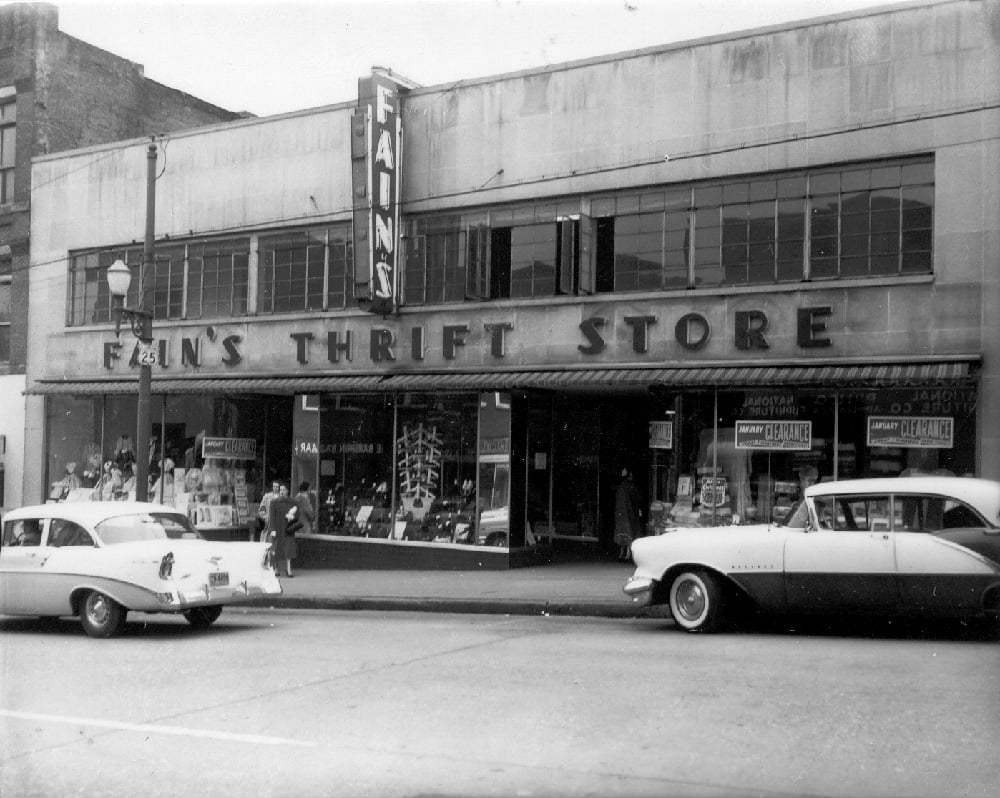 George Augustus Mears, a prominent businessman in the Asheville area, built the building at 15 Biltmore Avenue in 1846. It was home to a number of businesses over the years, including the Mears Daylight Store (S.P. Mears General Merchandise) and an Army Outlet Store. S.P. Mears was George's son.
In 1937, the store was renamed the Jay Mears Shoe Store, then later in the year, Bowers Bargain Biltmore Store moved into the space. It was there until 1943.

On Wednesday, July 7, 1943, a fire broke out in the store. It left the building gutted. Bowers moved out to a location on Patton Avenue, and Fain's Thrift Store, which was owned by Belk-Hudson in Asheville, purchased the 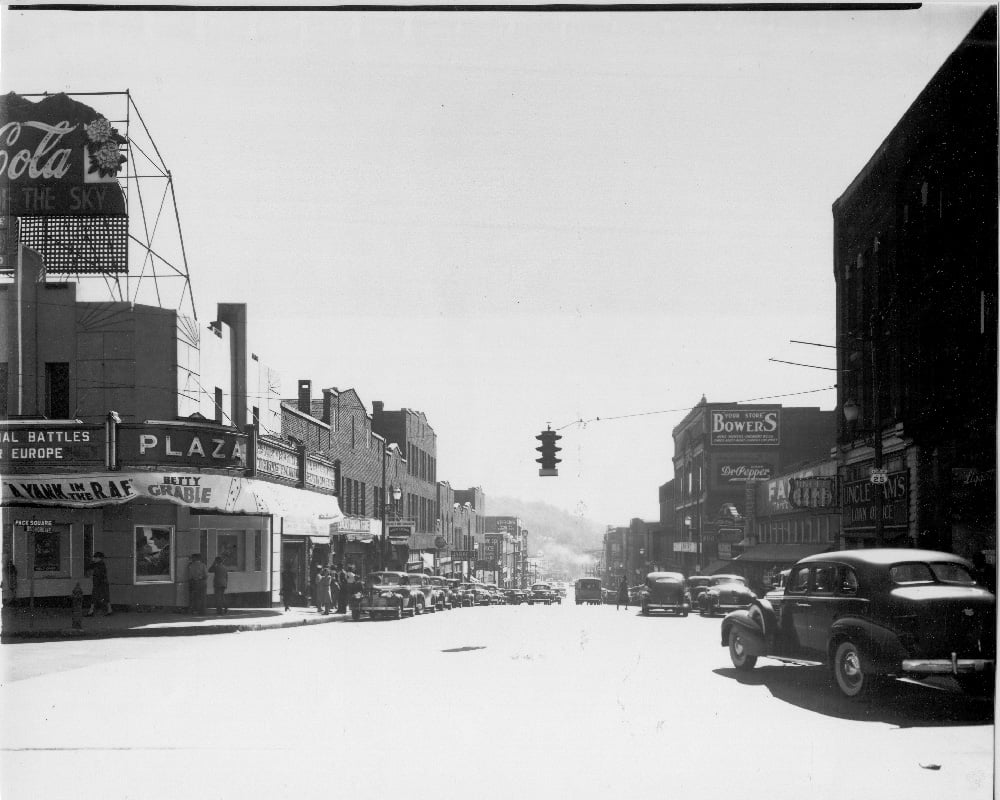 shell of a building for $27,500. After renovations, Fain's made the move from its location at 5-7 Biltmore Avenue to its newly-rebuilt home. The original Fain's terrazzo inlaid tile is preserved in the front thresholds of the store. While Fain's and the community of Asheville did not figure large in the Civil Rights protests in the 1960s, there was a sit in at the lunch counter that was located downstairs in the building. Many people in Asheville have shared fond memories of having a meal at the lunch counter and then getting to ride the mechanical horse as a treat. Fain's closed in 1995.

Later that year, the store was home to Southerland's Furniture and Spa Sales. It's inventory featured items for leisure life like hot tubs and home accessories. Southerland's closed in 1998. The Mast Store in Asheville opened on May 12, 1999.

Many thanks to UN 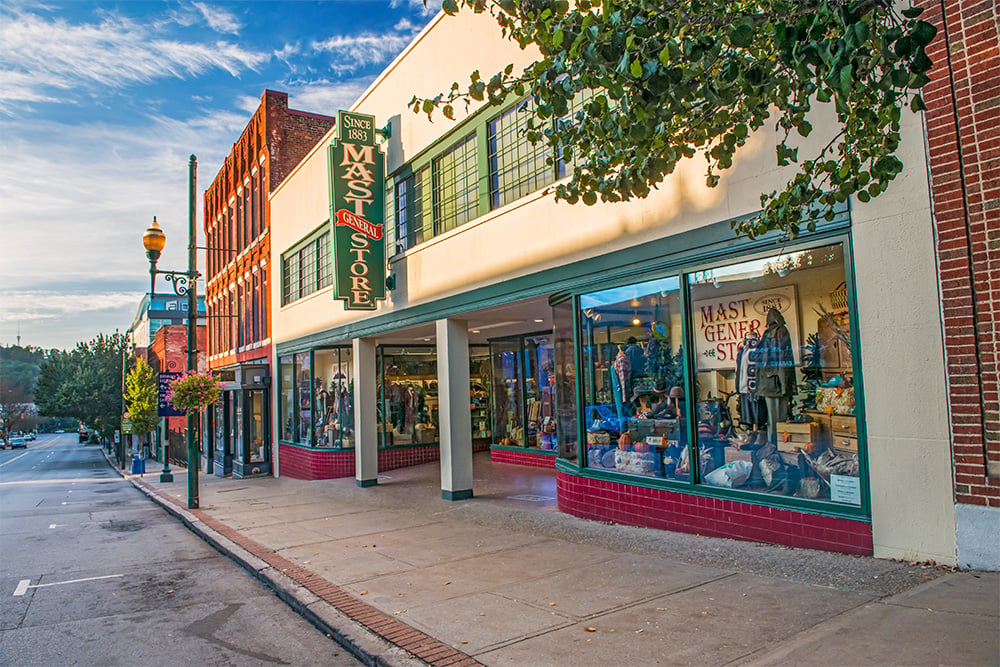