The city of Knoxville was the first capital of Tennessee, but that was some 250 years after Hernando de Soto scoured part of the area in search of El Dorado. The plat for the town was surveyed by Charles McClung and included provisions for a town common along the waterfront, a church and graveyard, and a school, which was chartered as Blount College in 1794 (and was the beginning of the University of Tennessee).

Described as an “alternately quiet and rowdy river town,” Knoxville for a time was indeed part of the Wild West. The infamous Kid Curry, a member of Butch Cassidy’s Wild Bunch, was arrested and held in Knoxville’s jail. He later escaped and galloped out of town on a horse he stole from the sheriff.

Manufacturing and distributing became an important part of the local economy for Knoxville – and the Tennessee River and rail lines made much of the city’s growth possible. Gay Street was the center of commercial development and was lined with stores, warehouses, stables, and more. And then came the Million Dollar Fire of 1897.

It was 4 a.m. in the morning when flames were seen leaping through the roof of the Hotel Knoxville located right where the Mast Store is now.  The fire department scrambled and got as many boarders out as possible.

Knowing that the fire could get out of hand, the fire department in Chattanooga was contacted and made the journey to Knoxville aboard a train in record time (at speeds topping 90 miles per hour). One building had to be dynamited to control the blaze. By the end of the day, only five lives were lost, the Chattanooga fire department returned home to cheers, and two blocks of Gay Street lay in smoldering ruins. The losses were valued at $1 million and the cause is yet undetermined.

Out of the ashes arose the building you see today, which was constructed in 1898. 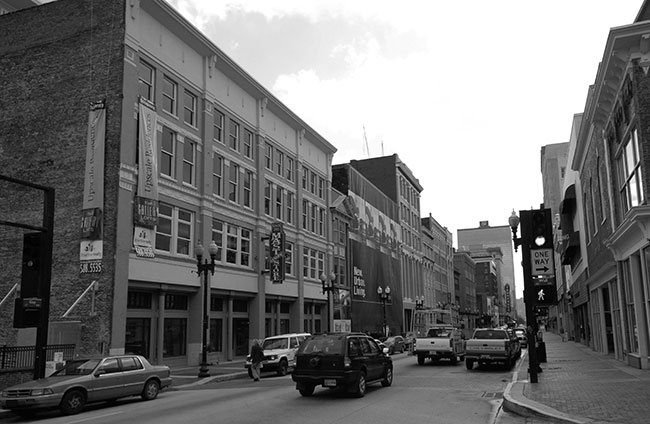 In the not too distant past, Knoxville was a part of the Wild West. Just down the street from us, Kid Curry made a daring escape from the Knoxville prison..on the sheriff's horse, no less. Employees at the store, at that point in time known as M.M. Newcomer's, may have seen him making his mad dash down Gay Street. The whole block where the Mast Store in Knoxville is burned to the ground in 1897 in the Million Dollar Fire. Most of it was rebuilt in 1898!