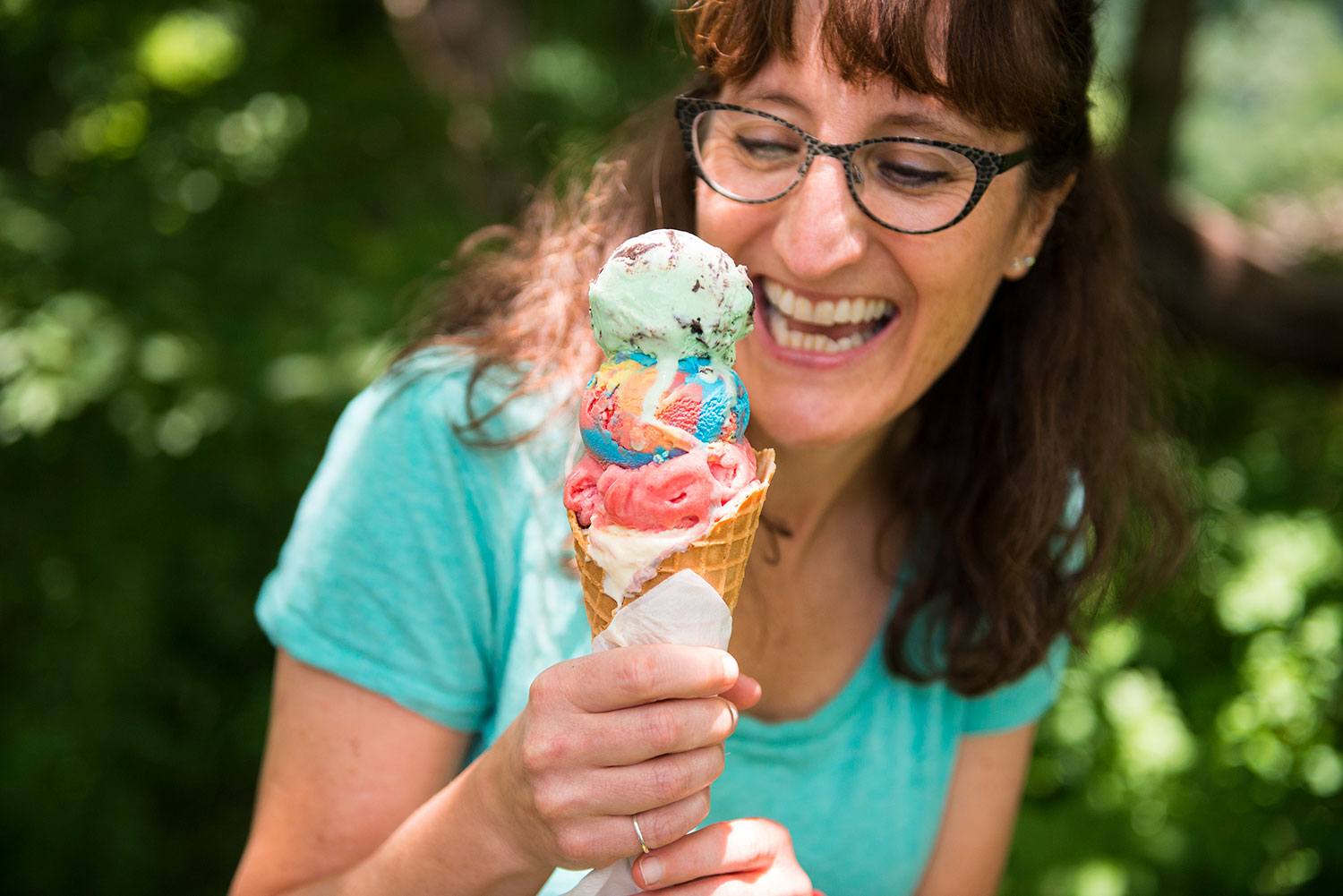 If you had to guess what the top indulgence is for the summer months, we bet that you’d get it without extra guesses. That’s right, ice cream! In 1984, President Ronald Reagan designated the third Sunday in July as National Ice Cream Day, which should be observed with all appropriate ceremonies and activities.

American’s love of ice cream goes back to the 18th century. The first known serving of ice cream was in Maryland in 1744. Governor Thomas Bladen put it on his dessert table, and his guests were astonished that they could eat something frozen in May. We were surprised, too! (If you go visit Colonial Williamsburg, you may see a demonstration of how ice cream was made in the 1700s.)

"About 9% of the United States’ milk production is dedicated to making ice cream."- Tori Avey, The History Kitchen

As it turns out, ice cream has a much longer history than you would think. Cold desserts have been around since Biblical times – when iced drinks were flavored with honey or wine – and early Roman times when Nero enjoyed snow sweetened with nectar and flavored with berries. The true story of ice cream is still up for debate, but most believe that it came from China and traveled to Italy and then to France.

The magic that makes ice cream possible is through a chemical reaction called the endothermic effect, which is basically expending energy. If you put a handful of salt into a glass of warm water, it will dissolve AND the temperature of the water will be reduced. If you did the same experiment with cold water, the temperature would be reduced even more, that’s why rock salt and ice is used in ice cream makers.

Pewter basins – one that had a tight-fitting lid that fit inside the larger one – were the preferred ice cream makers during colonial times because ones made from tin tended to wear out faster. In 1843, Nancy M. Johnson of Philadelphia received a patent for her artificial freezer to make ice cream, which contained a tub, cylinder, lid, dasher, and crank. It was the much like the front porch ice cream makers used today.

About 9% of the United States’ milk production is dedicated to making ice cream. Production amps up in March and April to supply demand during the months of May, June, July, and August. According to the International Dairy Foods Association, the average American eats more than 23 pounds of ice cream each year. Most of the ice cream production in the United States is regional, and many of the manufacturers have been in business for more than 50 years and are family owned. 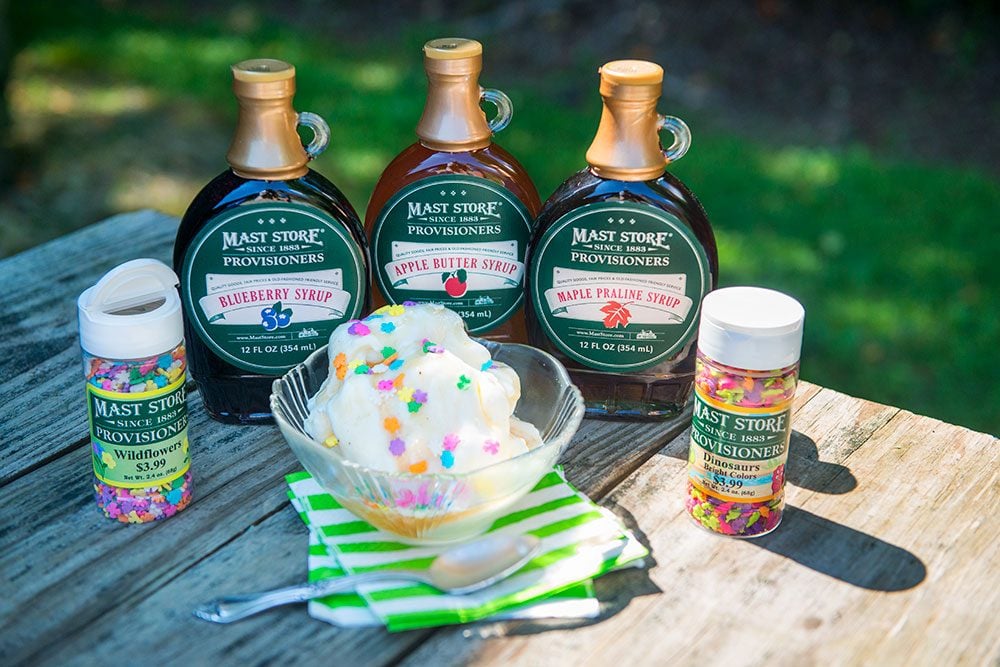 So, as you are considering your daily celebration of National Ice Cream Month – July – we suggest that you visit Mast Store’s breakfast offerings for some ideas. The syrups from Mast Store Provisioners easily double as toppings for pancakes and ice cream – Blueberry, Apple Butter, Roasted Pecan, and Maple Praline. And to liven up the celebration even more, shake on a few sprinkles in the form of Wildflowers, Dinosaurs, and Pink Pigs. You will even find a cookbook filled with Old-Fashioned Ice Cream Recipes.

One more thought, have you ever wondered why President Reagan chose a day in July to celebrate as National Ice Cream Day or why the whole month is set aside as National Ice Cream Month? We’ll concede that it is the first full month of summer, that makes sense, but here’s another thought. The cold treat has been a favorite of the President since the election of George Washington, who spent $200 on ice cream in the summer of 1790 (in today’s dollars, that would be over $5,000 – he really liked it).

Independence Day, warm temperatures, and the love of Presidents, it seems fitting that July is set aside for a month-long celebration.