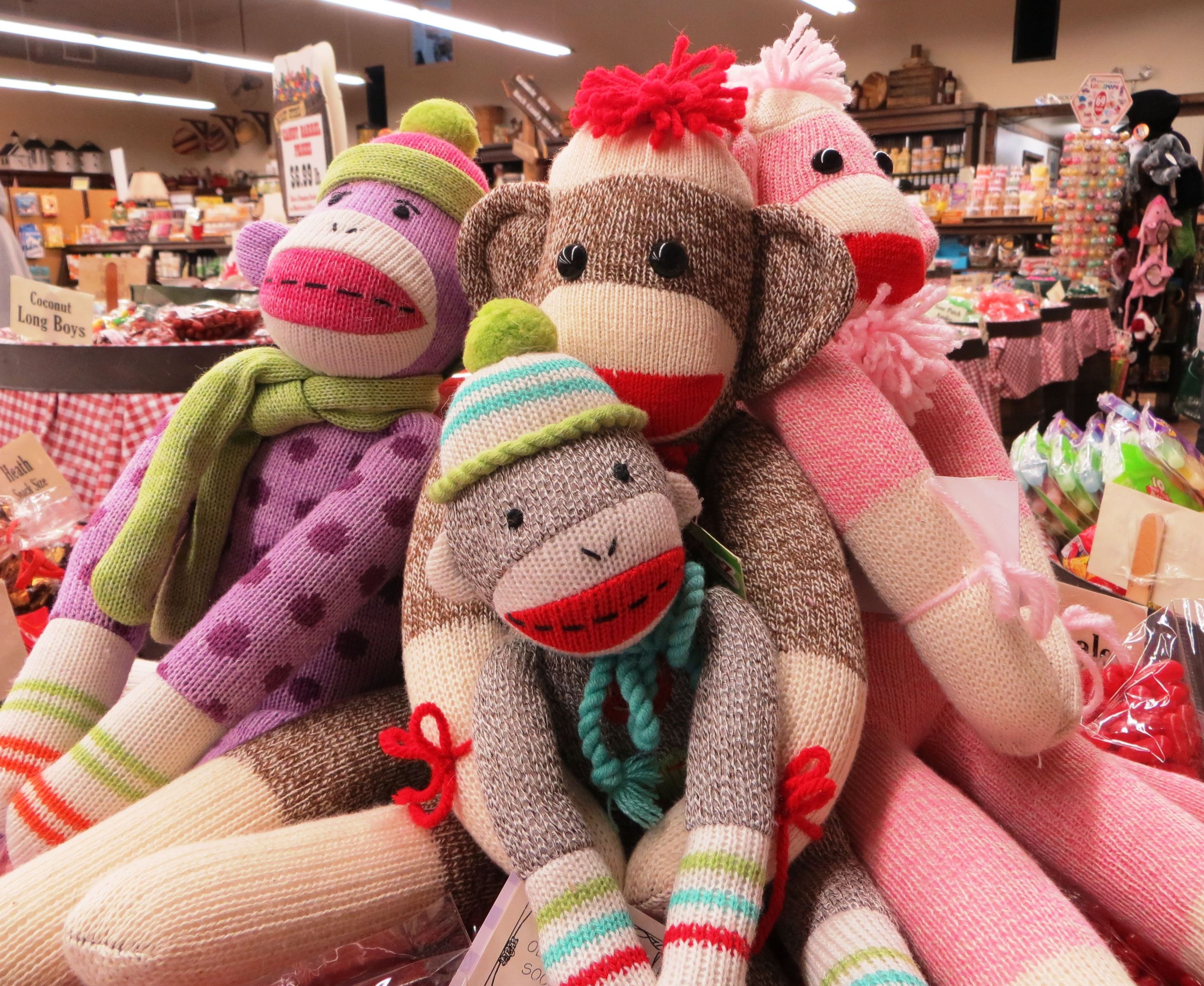 LaVerna arrived for work in the Home and Hearth Department at the Asheville Store one morning and watched carefully as a woman casually walked through the store with two companions.

A group of friends enjoying the afternoon strolling our floors is not an unusual occurrence at Mast, except this woman’s friends were two sock monkeys fully dressed in stylish clothes to fit their tiny bodies. Intrigued by the lady and her stuffed toys, she asked if she could take a photo of the sock monkeys. The woman propped the sock monkeys in each arm, grinned, and said, “Smile everybody! We’re getting our picture taken!”

LaVerna met her stuffed companions named Noah and Dharma. The monkeys had traveled everywhere with their human companion: having their photographs taken on the backs of Alpacas, in line at the grocery store, hanging out in Boston, even spending a Zen afternoon in a Japanese Tea Garden! With this Mast guest’s act of imagination, creativity, and good humor, LaVerna was entranced by the world of the sock monkey. You can read more about Noah and Dharma's adventures by checking out ExistentialSockMonkey.com.

“Everyone in the store calls me the Sock Monkey C.E.O.,” LaVerna confides. Since the day she met Noah and Dharma, you’ll never go into the Asheville store without being treated to one of LaVerna’s elaborate sock monkey displays.  LaVerna also encourages all of her Asheville store comrades to read Sock Monkey Dreams: Daily Life at the Red Heel Monkey Shelter, a whimsical book written by local Asheville artists and authors. There are also tales of sock monkeys engaging in all kinds of tomfoolery in the back stock area. It’s no wonder that the Asheville store has trouble staying in stock for sock monkeys.

"the most important element of the handmade monkey is that it's usually made by someone we love."

We see them grinning back at us every day in the Mast Store, but where did sock monkeys come from and why are they loved by so many people? These stuff toys have actually been around for quite a long time. The craze for imitation stuffed animals swept North America and Europe during the Arts and Crafts Movement of the Victorian Era. Monkeys were considered an exotic species at the time, and their novelty made the sock monkey a fixture in nurseries across the nation. However, the first sock monkeys were not necessarily made from socks, nor did they have red lips. 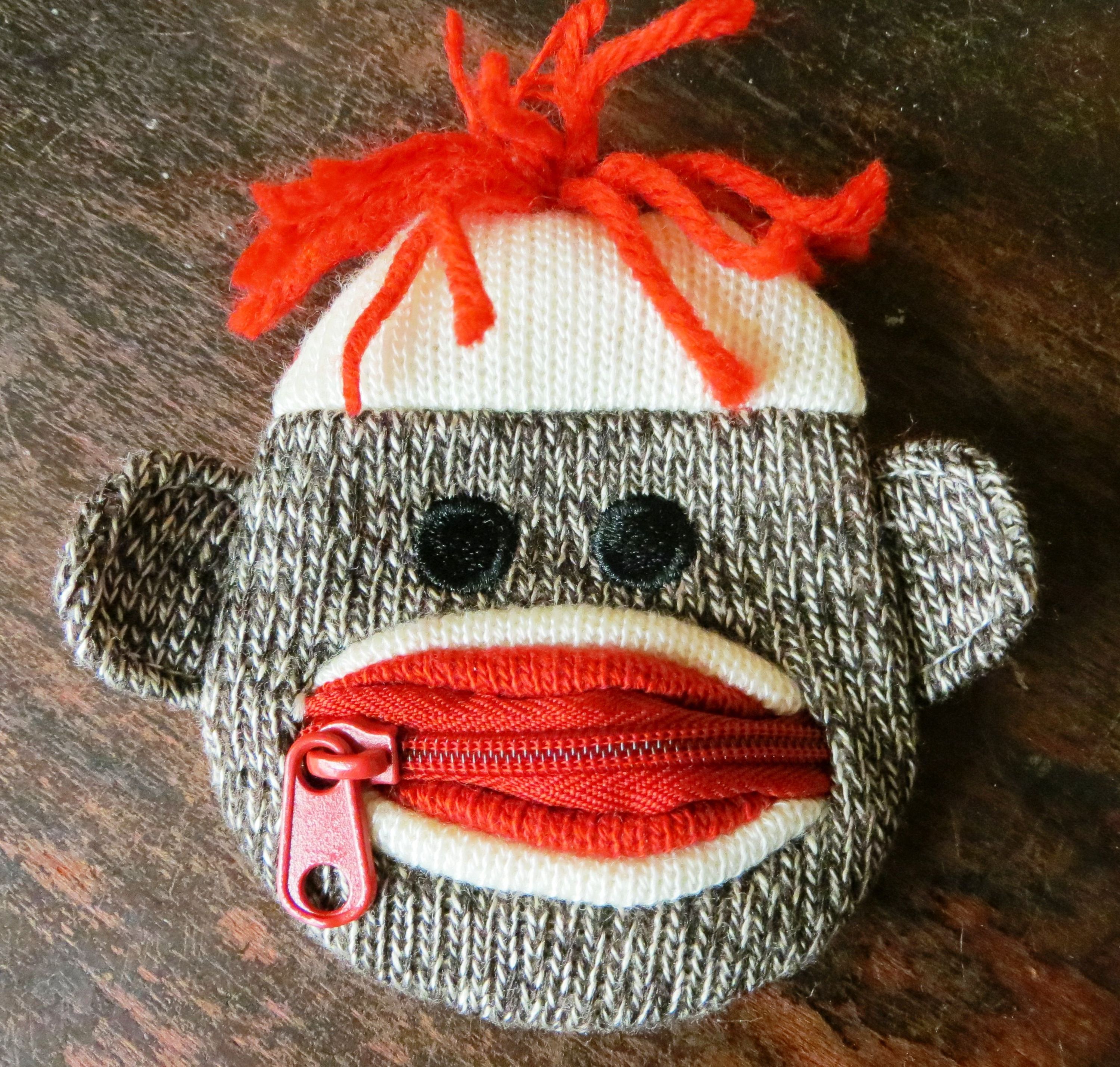 Fast forward to the 1930s when an enterprising young Swedish immigrant, John Nelson, manufactured the first sock without a seam in the heel. The seamless socks were so popular that imitators soon flooded the market. Nelson decided to add a red heel to assure his customers that they were buying the original seamless sock. American crafters of the Great Depression began to create the sock monkey we know today with Nelson’s worn out red-heeled socks.

The children of the Great Depression grew up and handed their dear stuffed monkeys down to their own brood. How to Make Sock Toys, written in the 1950s, became one of the most popular craft books ever published. Inventive homemakers fashioned another generation of sock monkeys for their children and grandchildren. Many adults of the Baby Boom generation remember being given their very own handmade monkey by a mother or grandmother. The sock monkey’s role in history has been sealed as these dear stuffed toys are still being passed down through the generations. The handmade sock monkey's value lies in its originality and sentimentality as each homemade monkey has its own face and body characteristics, making it one-of-a-kind. Though the most important element of the handmade monkey is that it's usually made by someone we love.

Enter 2013: Crafters, photographers, artists, and writers have intensified the immortalization of the sock monkey. The iconic stuffed toy can be found in any form from jewelry and baked goods to calendars and clothing. It really is difficult to deny the soft, squishy, red-lipped grin of the sock monkey. It’s easy to understand why LaVerna, our very own Mast Sock Monkey C.E.O., loves those cute and cuddly little guys so very much.

To have your very own sock monkey delivered to your door, check out our selection online HERE. 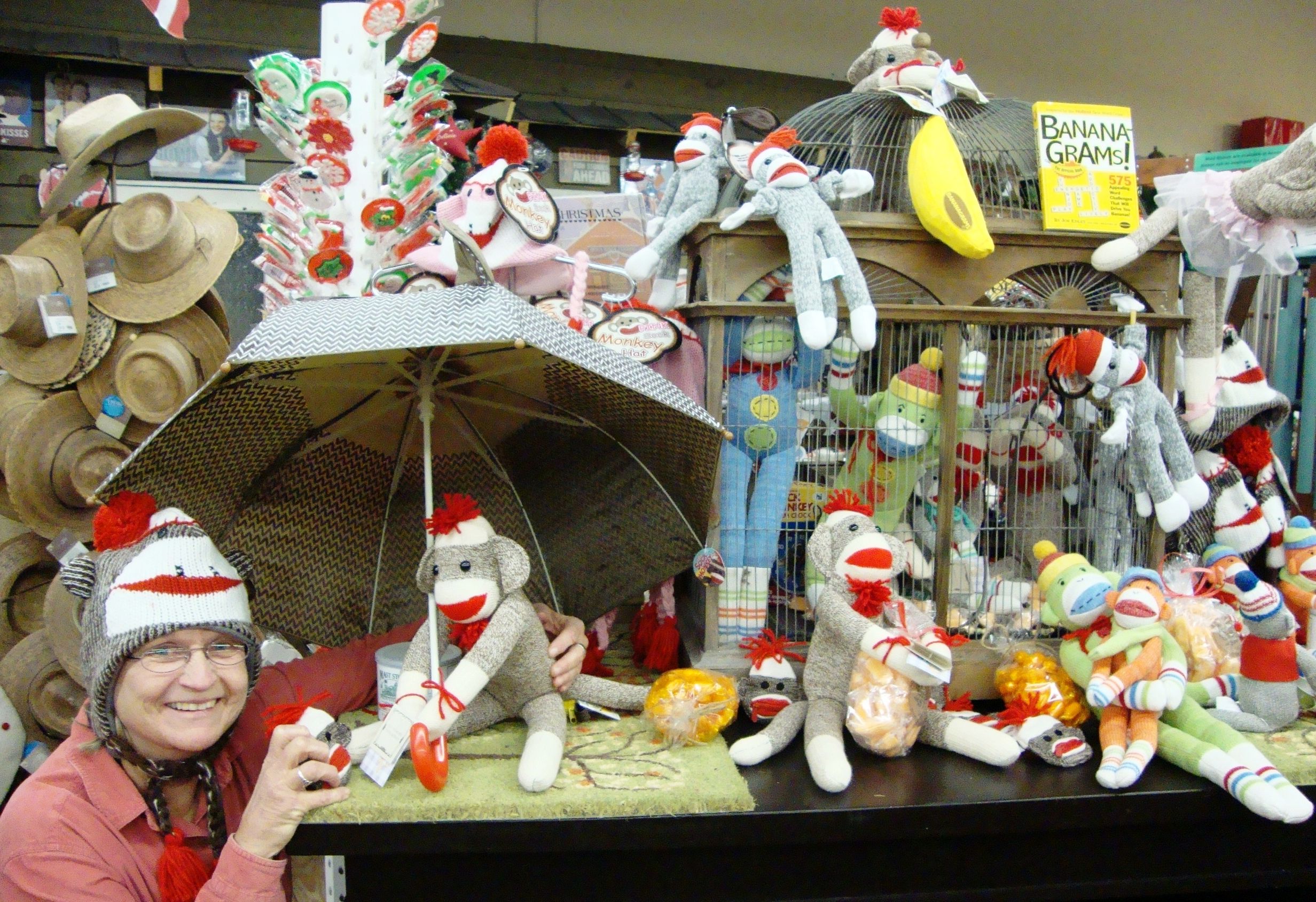