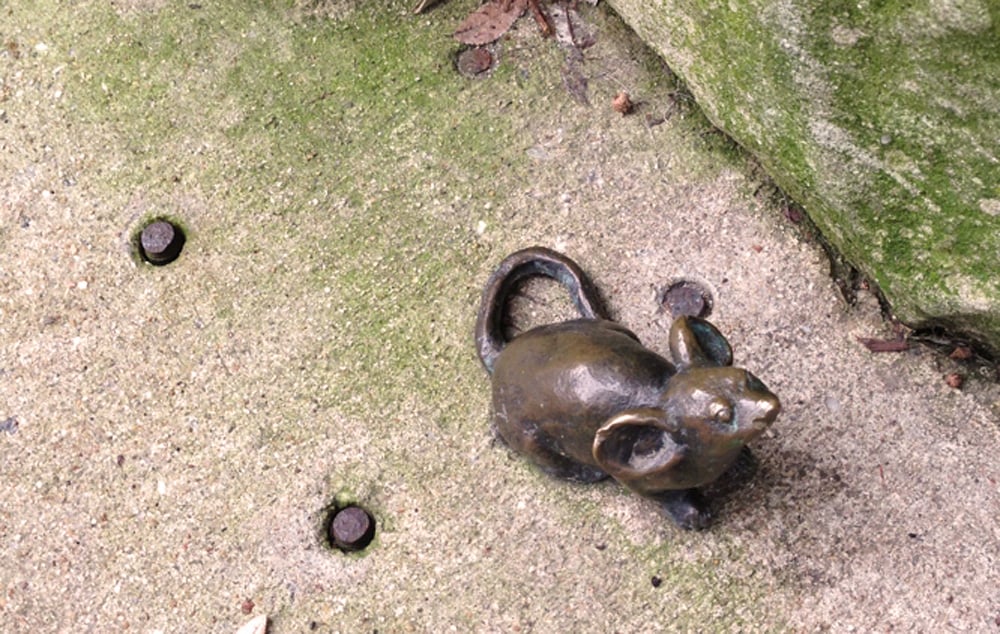 A key to a mysterious quest lies within the Greenville Mast General Store. It’s a treasure map of sorts. Only the treasure is likely not what you’d expect. Instead of gold, jewels, or ancient artifacts, on this journey, everyone is searching for mice.

Kids visit the store to pick up a list of clues that leads them on this scavenger hunt, which is known as Mice on Main. The Mast Store is located along the Downtown Greenville route on which nine hidden mice sculptures are scattered.

In 2000, Greenville high school student, Jim Ryan, came up with the idea for Mice on Main as his senior year project. He saw the need for a fun, family-oriented activity in the city’s reemerging downtown district.

Ryan found inspiration for the theme of hiding mice in Margaret Wise Brown’s well-known children's book Goodnight Moon. As this story’s main character falls asleep, a mouse subtly appears in nine different places in each depiction of its bedroom. 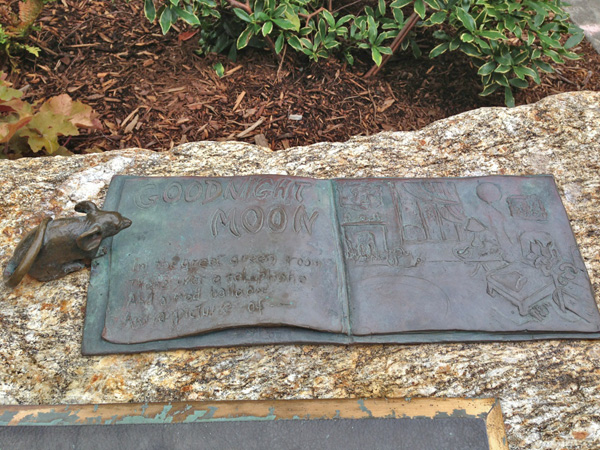 Just as the book’s illustrator, Clement Hurd, added vivacity to the story of Goodnight Moon with a touch of mouse-sized detail, Ryan required the help of local sculptor Zan Wells to give his own project life. Wells and Ryan worked together to craft the nine bronze mouse sculptures, each with its own name and design, and place them at various points along Main Street.

With the help of public support, donors, and even the city’s mayor, the project was realized and became a permanent public art fixture in Downtown Greenville.

The popularity of Mice on Main continued to grow in the years following its installation. Many locals formed personal connections to the project as they discovered the sculptures and a previously neglected part of their city with their families.

One of those Greenville residents was Linda Kelly. In 2007, Kelly decided to write a fictional children’s story based on the project after completing the scavenger hunt with her granddaughter, Sara. Enlisting the help of Ryan, they collaborated to create the book, Mice on Main, which Wells illustrated.

Not only can you find Kelly’s Mice on Main on the bookshelf of Greenville’s Mast General Store, but you can find a list of scavenger hunt clues and Mice on Main merchandise like mugs, t-shirts, and decorative replica mouse statues there, too. We won’t spoil any surprises, but who’s to say that you also won’t find a welcoming mouse around the storefront just waiting to be discovered?