A Look Back at Summers Past 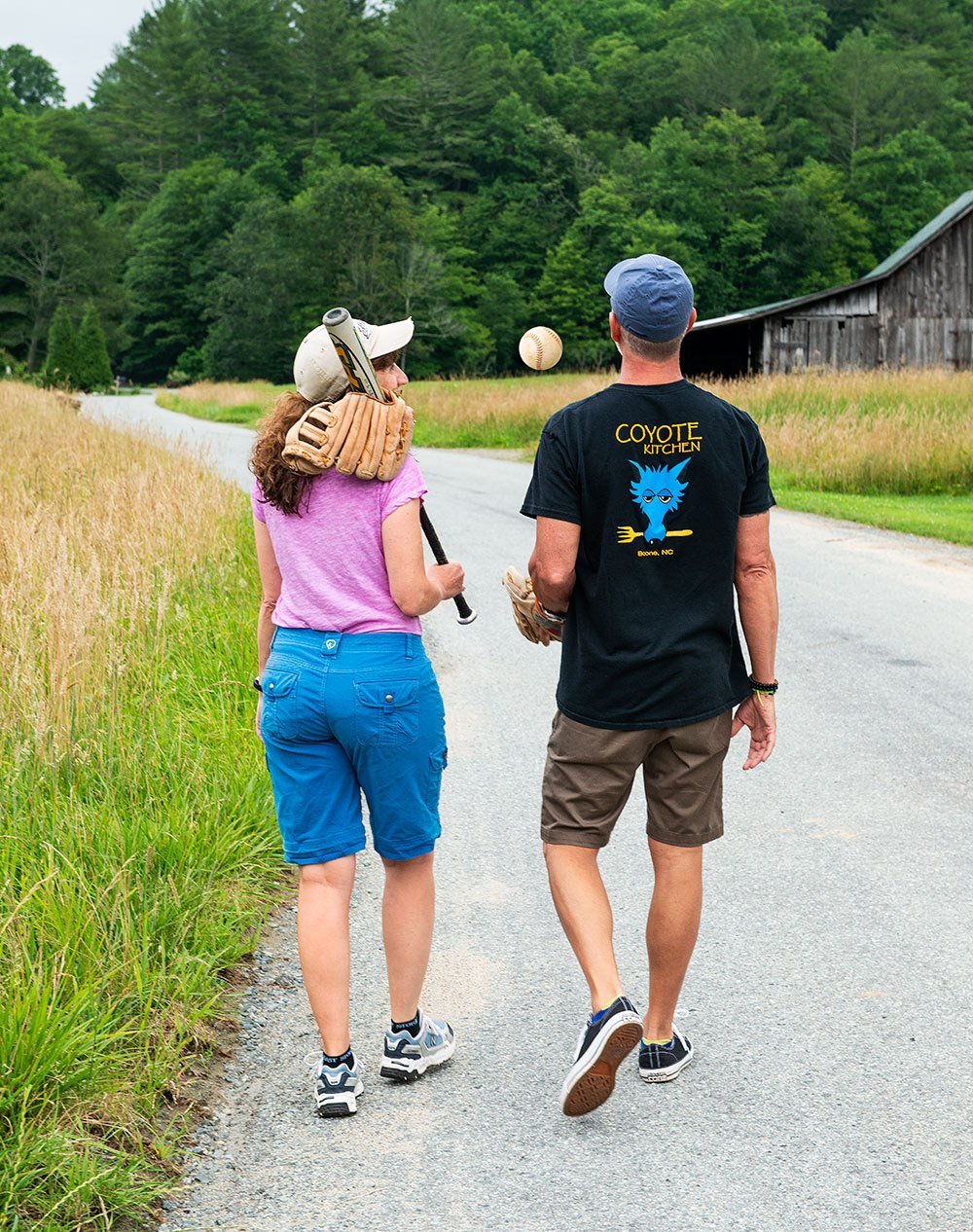 You should always take time out for a little fun, no matter what your age. As a result of a conversation just recently, it occurred to us that the definition of fun can change over time. What’s fun for a 10-year-old today might be considered some sort of punishment for a 10-year-old a generation or two back. This blog grew out of that conversation and a question that was asked on your blog writer’s Facebook page. We’re turning back the clock to see what was fun 30, 40, 50, and more years ago. It’s the memories of summer and those days when time moved so slowly we wished some of it away.

George Bernard Shaw made an interesting observation: "We don’t stop playing because we grow old; we grow old because we stop playing." When asked to share memories of how they spent their summers – friends of all ages chimed in, and there was one specific trait that was common to most every comment – outside. See if you share any of these memories:

Bicycles
According to the 1900 US Census Report, “Few articles ever used by man have created so great a revolution in social conditions as the bicycle.” For kids, it opened up a whole new world. Jumping on a bike and riding over to a friend’s house was commonplace. “[I remember] bike-riding until dusk called us home to dinner,” shared my homeroom teacher from high school. “Riding our bikes with banana seats all around Deck Hill making jumps, etc.,” said Patrick. Another combined riding bikes with tag into Bicycle Tag – one person was it and others went to hide on their bikes. “They had to tag you on their bicycle before you made it back to base,” shared Jackie. 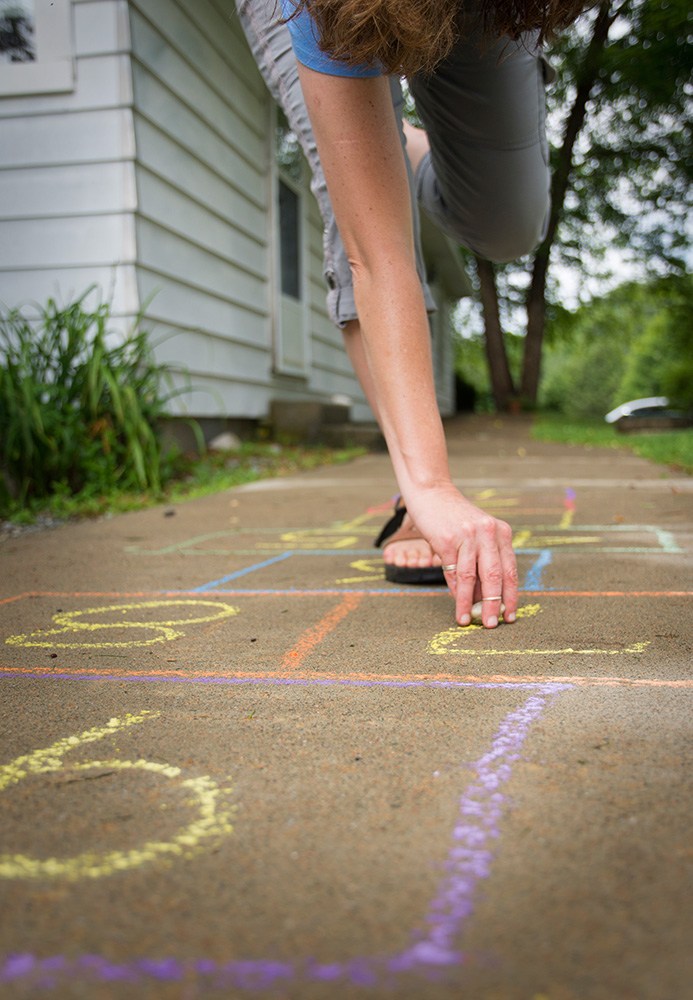 Sidewalk Games
All you need is a piece of chalk and a rock to have fun for hours. Did you know Hopscotch has its roots in ancient Rome? The game most of us are familiar with was popular in the seventeenth century. Then there’s Jack Rocks or Jacks – a game of skill and agility played with a small ball and six-pronged metal pieces. Onesies, twosies, threesies. How long did it take you to start fumbling your jacks? And then there were some made up games using sidewalks, like this one from Judi, “Winters were spent in Florida where we spent many a day playing Water Moccasin. The sidewalks were the safe zones and the grass is where the water moccasin lived. It was a kind of tag game. Our house was the best for this game because of the rectangular way the sidewalk and driveway were laid out.”

Head into the Woods
Growing up in the mountains, the woods always had a special allure. Janice remembered, “When we wanted an adventure, we would pack a backpack with drinks and snacks/lunch and hike all over the mountain looking for caves. We made up all kinds of role playing scenarios and played ‘house’ or ‘lost’ or would find old logs and sticks to build forts in the woods. Playing in the woods like that, problem solving, being self-sufficient to go where we wanted to go without parents was a magical time. The 2-mile hike back to my house after playing outside all day was exhausting. Getting back home and having a home cooked dinner with freshly-baked peach or blackberry pie made it all worth it.” 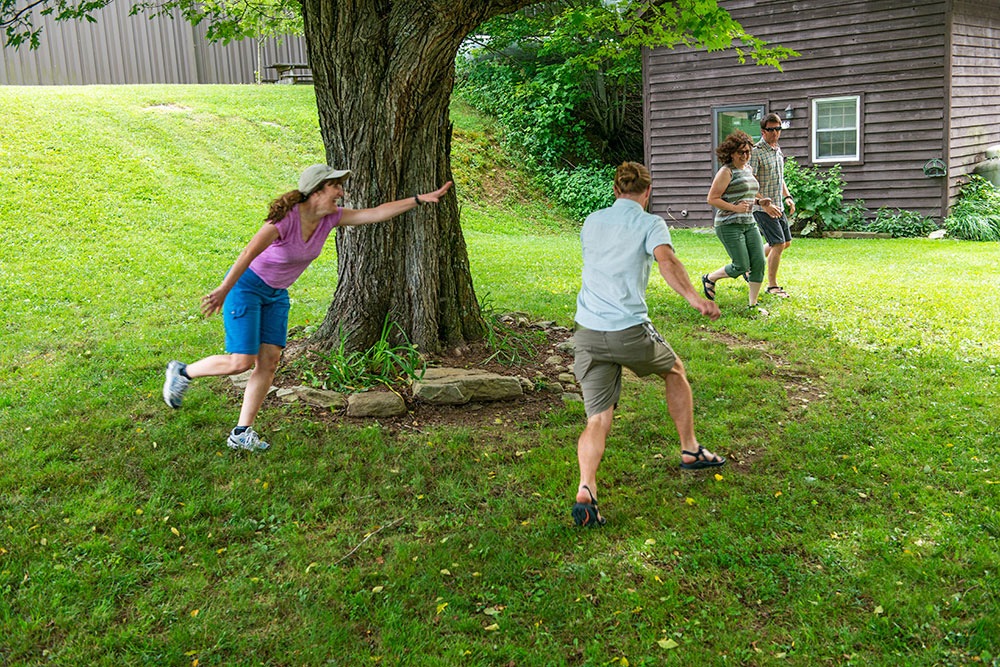 I remember hiking into the woods up to a spring and digging it out to see the water flowing out of the mountain. It was fun to pretend that I was the first person to find it.

Others remember building forts. “My friends and I could entertain ourselves all summer building a good fort...and run back there at the beginning of each summer to see if what we built last year survived the winter,” said Catherine. Paul and Patrick both report they enjoyed playing army – and crawling through the mud (summer wouldn’t be summer without mud!).

Play Ball
It didn’t matter if you had two or 10 kids, you could always find a way to play ball. From games of Roll ‘r Bat to ghost runners on second and third, we all spent hours playing baseball, softball, stick ball, etc. All we needed was a vacant lot or cow pasture. My friend Bob shared a memory about his neighborhood game: “We played a game we called ‘Techball.’ It was a baseball game played in my friend’s backyard with a rubber ball. We played every day and kept track of our home run count. It had to go over the house in leftfield or over the fence in right for a HR. You could catch it off the roof or any tree for an out. My older brother beat me in home runs hit, 431 to 402!”

So Much Fun
If you grew up on or around a farm, you had to create your own fun. My aunt shares, “Hitting rocks with a tobacco stick. I was the best rock hitter around! Skipping rocks on the river or making bird calls from blades of grass were always fun, too.” After dark, most everyone remembers catching lightning bugs and putting them in a jar.

Summer nights were filled with kick the can (we would even switch t-shirts to fool whoever was the “lucky” person to be it), Ghost in the Graveyard, or telling ghost stories. We were limited only by our imaginations or our time to be home for the night.

I think Starla summed it up best, “It’s so sad that many children have no idea what these games and activities even are. These comments all brought back memories of fun times growing up.”

What’s stopping you? Let’s all go out and play! 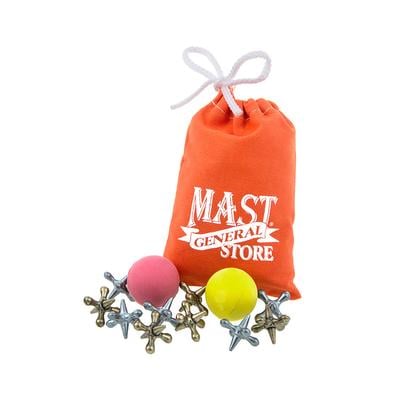