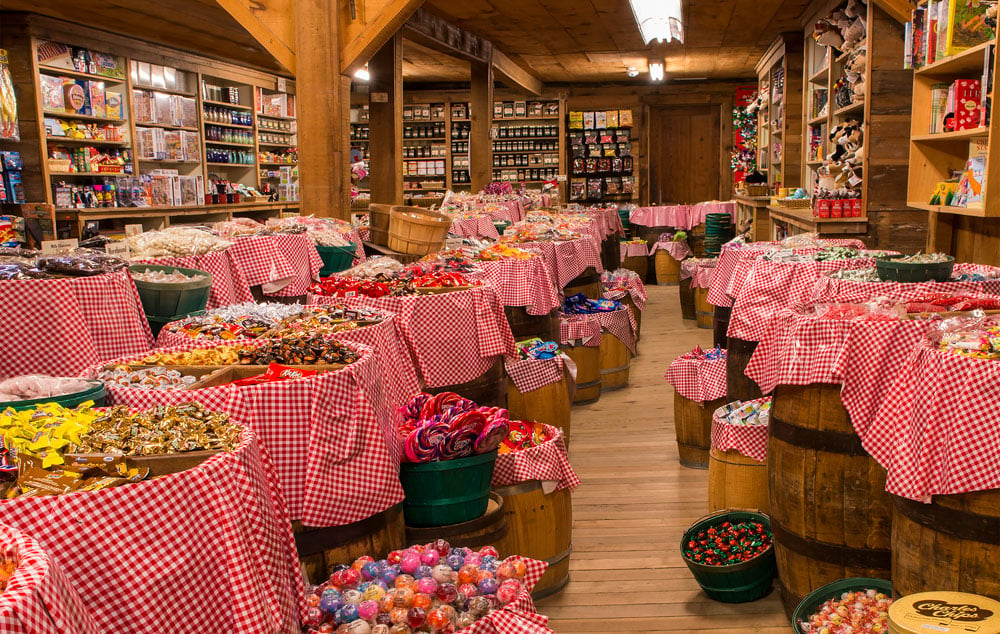 It was getting close to Labor Day weekend in 1982, and the Mast Store had a problem. The bridge near the Valle Crucis Elementary School was out for replacement. To get to the Original Store, you could either ford the creek – and not many people wanted to do that – or you could embark on an adventure, which was the lengthy detour to travel the equivalent of 2/10 mile. The bridge being out was the door of opportunity opening.

Bill and Barbara Manz, another couple from Florida who were also living in Valle Crucis, called the Coopers a few days before the weekend. The Manzes had an idea for the old Farthing store on Broadstone Road but didn’t need to use the whole building. Might the Coopers want to use part of the building to sell some Mast Store items until the bridge is put back?

"It's better than Halloween!"
Disney Magazine

What a lucky break! Some of the merchandise was carried down to what is now the Annex and carefully laid out to maximize inventory – sweaters and shirts were placed side by side to fill up the tables and displays. A lost holiday weekend was averted, and a partnership was starting.

The idea the Manzes had was for an over-the-top candy store where people could walk through and choose a handful or a piece or two of their favorite candies then pay for it by the pound. The Candy Barrel was born!

Popcorn, homemade fudge, hard-to-find candies from yesteryear, toys, ice cream, and other diversions were a part of its inventory. It was the perfect complement to the offerings of the Mast Store.

It was so perfect, in fact, that when the Mast Store opened in Boone and Waynesville, there was a Candy Barrel in the storefront right next door. The Annex and Boone locations had open doors between the two businesses – which at times did raise a few problems with where people had to pay for merchandise – and it led to many people thinking that the two were the same business. 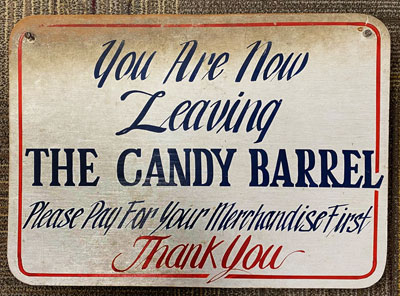 In 1996, Bill and Barbara decided they would like to sell the business. It only made sense for the Mast Store to purchase it – after all, everyone thought we owned it already! It was made official on January 9, 1997; the Candy Barrel was a part of the Mast Store.

It was a sweet deal for Lisa Cooper. She took on the buying for the candy department and worked with Barbara to learn all she could. Lisa handed over the reins to long-time candy buyer Pat Bua, who just recently retired earlier this year. Now Stefano Tringali is working to track down everyone’s favorite candy from their childhood.

If there is a singular section of the store that everyone loves, it’s the Candy Barrel. Young and old alike swap stories about why Astro Pops are preferred to Charms or how Mary Janes will always top Bit o Honey. Disney magazine visited in the early 2000s and wrote of the Candy Barrel, “It’s better than Halloween!”

And that’s how the Candy Barrel became a part of the Mast Store.

Barbara Manz, one of the co-founders of the Candy Barrel, passed away on November 15, 2021. We send our condolences to her husband Bill and to her family and friends.