The first rooms of the Mast General Store were built and opened as The Taylor General Store by Henry Taylor in 1883. Henry had run a smaller store across the road for many years and had the need to expand his offerings. It wasn't long before he had to expand his new store. You can see where he built on to what is now called “The Middle Room” by observing the floor during your next visit.

In 1897, he sold half interest in the store to W. W. (William Wellington) Mast, a member of another pioneer family. The store was known as the Taylor and Mast General Store up until 1913, when the remaining half of the enterprise was purchased by W. W. From then on, the sign over the door has always had Mast in the name.

For the next 60 years, the store was owned and operated by the Mast Family. During that time, W. W. and his family tried to carry everything their neighbors needed...from plow points to cloth and cradles to caskets, which led to the popular saying, “If you can't buy it here, you don't need it.” 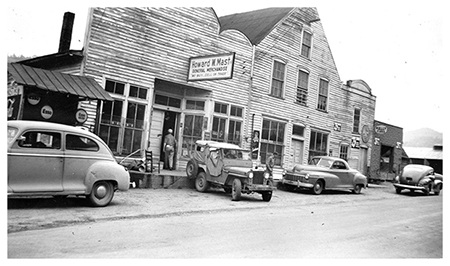 Though you might not know it today, Valle Crucis was once a bustling community. Boasting two very well appointed general stores since 1909, when the Watauga Supply Company, later renamed the Valle Crucis Company, was built by R. L. Lowe. It had one of the first car dealerships in the county and a garage to work on the cars the people from off the mountain brought with them on trips to spend several weeks enjoying the scenery. The Valle Crucis Community Club was very active in promoting the valley as a tourist destination and touted such activities as riding, driving, swimming, and quoits (a game similar to horseshoes) as early as 1927.

In 1930, W. W. signed a contract with Standard Oil (later known as Essoor Exxon) in New Jersey to have gas at the store. By the 1970s, the Mast Store was one of Standard Oil's longest-term retailers. Exxon featured an article on the store in its travel magazine and also helped with providing assistance for its listing on the National Register of Historic Places in 1973.

Credit was extended to all who needed it, and payments were often made in trade (a chicken for a sack of flour, and so on). If you wander back in the store, you can see the chicken hatch door in the floor. "In the floor?" you may ask. "That seems like an awfully funny place to put a chicken coop." As the story goes, a couple of young boys took a chicken to the Farthing Store, now the Mast Store Annex, and traded with them for merchandise. Their chicken was duly weighed and put out back in the chicken coop. When the storekeeper wasn't watching, they took their just-bartered chicken back and brought it to the Mast Store to trade it again. Therefore, the hatch at the Mast Store was put beneath the floor and secured from the outside to prevent those individuals who wanted to get more than they bargained for.

In addition to being the community gathering place, the store also served many other needs over the years. It provided an office for Dr. Perry - one of Watauga County's first doctors. It was a place for wildcrafters to bring their roots and herbs in exchange for store credit. And in the aftermath of the 1940 Flood, it provided a site for mourners to gather to honor the memory of their lost loved ones.

Operation of the store was passed from W. W. to his son Howard, who continued to run the business in the long-established manner of providing for the needs of the community. Howard passed it along to his son, "H." 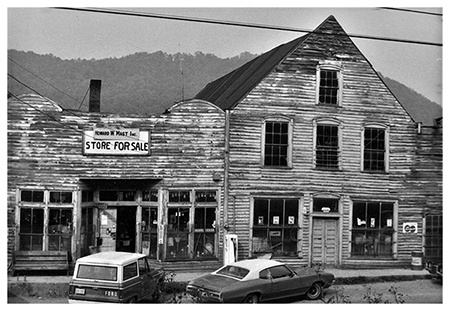 The store was sold by the Mast Family in 1973 to a doctor from Atlanta and a professor at Appalachian State University. Around about that same time, the site was named to the National Register of Historic Places as one of the finest remaining examples of an old country general store.

In November of 1977, the doors were closed presumably just for the winter season with hopes of reopening in April of 1978. However, plans did not pan out. Many residents of Valle Crucis banded together in an effort to save the old store and Exxon even helped with the drive to preserve the landmark.

John and Faye Cooper purchased the Mast Store and reopened it in June of 1980. Since that time the store had regained its reputation as "the store that had everything." The Valle Crucis Post Office reopened in October of 1980, thus giving the valley back its identity. And the rest, as they say, is history.