Winkler Knives - Made in Boone, NC 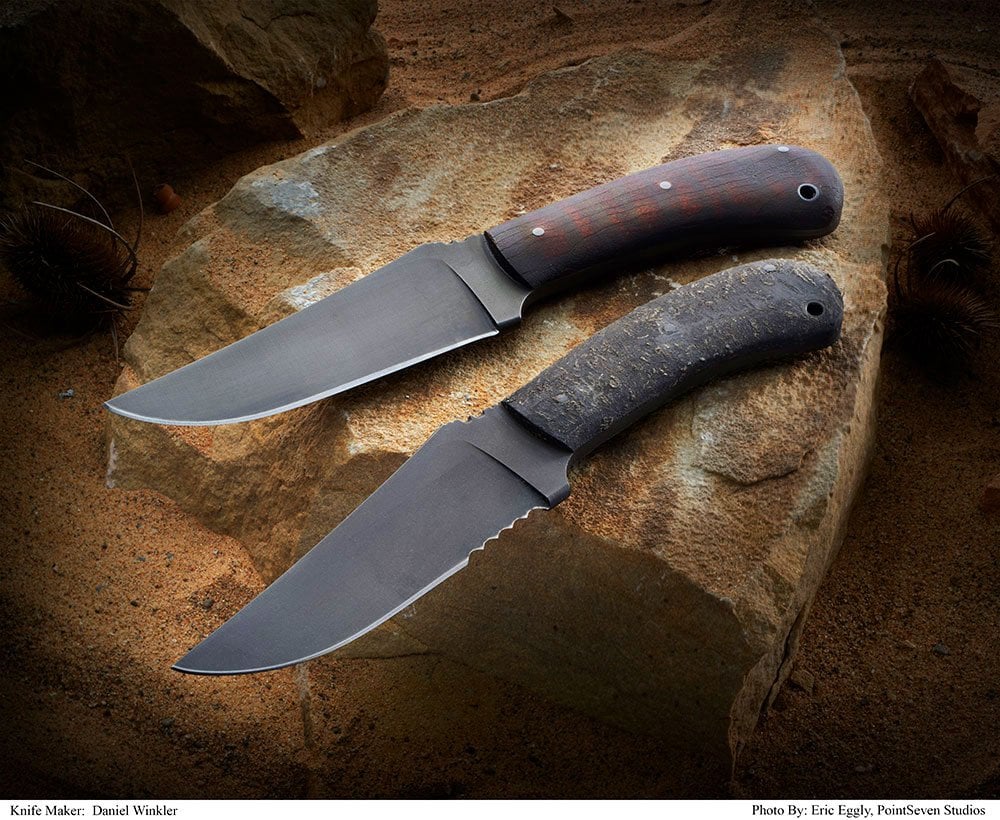 Master Bladesmith Daniel Winkler and his longtime partner/wife Sheath Maker Karen Shook own and operate Winkler Knives. Daniel Winkler has been making knives and axes since he was in high school and has evolved into one the nation’s top knife makers. His handiwork is in use by police, firefighters and special operations units across the world. They have been featured in movies, such as LAST OF THE MOHICANS, on television, and written about in numerous publications. Your first impression may be, now that’s an expensive knife, but let’s take a look at why.

“When I was in high school I became interested in historic weapons and the tools that went along with muzzle loading guns that our forefathers carried,” Daniel said. “At the time I didn’t have any access to the accessories that went with them, so I just started making them for myself in order to attend reenactments and black powder rendezvous.”

Daniel said that as he began making knives as shop projects in school and eventually began making extras and taking them to the reenactments and black powder rendezvous where he sold them for gas money in order to make it to the next event.

His knife making remained a hobby until 1988 when he and Karen went all in.

“During this time I became a bladesmith, where I actually forged knives,” Daniel said. “I hammered and shaped the steel bars like our ancestors would have done.”

He became a Journeyman Bladesmith in 1991 with the American Bladesmith Society and a Master Bladesmith in 1993. During that time, he and Karen attended custom knife shows as a one-of-a-kind, one-at-a-time knife maker. They attracted a lot attention in the knife world. They garnered magazine coverage and became very well known throughout the custom knife industry.

In 2006, their cachet gained the attention of a military special operations unit that wanted an upgrade to their hatchets and knives. Daniel agreed to help and anticipated that he would call on his skill at making high-performance cutlery to perform the design work and then contract out the manufacturing.

He found that the perspective manufacturers will not willing to go to the extremes that Daniel thought was necessary to produce the quality that he was looking for. He then set up his own manufacturing facility.

Initially, the plan was to outfit the military units, but as their reputation grew in the military community, so did the demand.

“Now we have a full-fledged manufacturing facility with fifteen employees,” Daniel said. “And we’ve continued to grow since the first day we started.”

Even with a larger staff, Daniel’s position in the market is still limited by the quality that he insists upon, the processes he uses, and the craftsmanship that goes into each and every knife.

“We do everything right here at our shop in Boone, North Carolina,” he said. “We utilize modern technology when we can but, the reason for that is strictly for the safety of our workers.”

For instance, rather than using a ban saw to cut out a blade blank, a dangerous, yet, less expensive method, Daniel has opted to make a sizable investment in a water jet cutter, which is, literally, a more hands-off approach. The handles are also designed and a pattern is fed into a computerized laser cutter, again eliminating the need for a craftsman to operate a ban saw.

Those component parts are then hand assembled - the grinds are performed by hand, as well as the handle finishing and the blade finishing and sharpening. Then, a sheath is made by hand to fit each knife individually.

“We have our knives all over the world,” Daniel said. And we are very pleased with our presence at the Mast General Store. It’s a great operation, and we’re honored to be a part of it.”

Winkler Knives are available online at Mast General Store, but the next time you’re in the neighborhood, stop by the Knife Shop in the Original Mast Store in Valle Crucis, NC and feel the difference for yourself. 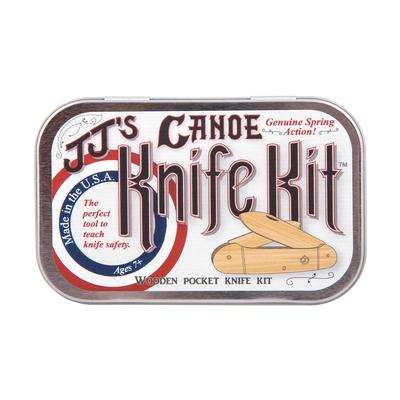