This Place is Deeply Rooted on Sacred Ground Sitting on a wide wrap-around porch lined with rocking chairs, gazing out over open fields and gardens just beginning to be planted, a certain calm falls over you. A gentle breeze wafts hints of what’s for supper, and the general quiet provides ample opportunity for reflection or for spirited conversation. The Valle Crucis Conference Center is a long-time hub in the community and a place where individuals and groups seeking to reconnect, center, or grow from near and far find a sanctuary. The story of this special place begins before the community even had a name. A botanist from New York hiked through the area and was struck by its beauty and the genuine hospitality of the hearty individuals who called it home. He stopped in Raleigh and shared his observations with Bishop Levi Silliman Ives, who was in charge of the Episcopal Diocese of North Carolina. Ives had been looking for a western outpost, perhaps this was it, so he traveled up the mountains and found the area just as described. Legend has it that he saw the image of a St. Andrews Cross in the confluence of three creeks on the valley floor or rising in the mist above the creeks. He dubbed the area Valle Crucis, Latin for Valley of the Cross. That was in 1842. 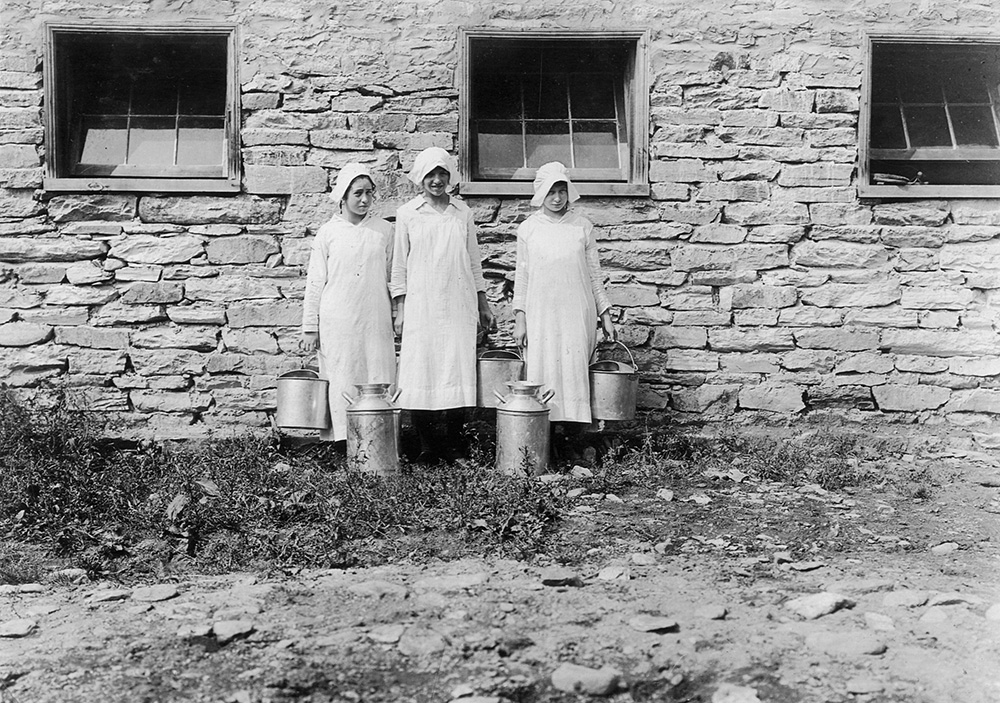 Ives acquired land, much of it with his own money, and began building. He also hired a knowledgeable farmer, William West Skiles, to run the farming operation that he set up. The Valle Crucis Mission became the center of the community, and Skiles was a resource to all with skills as a doctor, lawyer, teacher, farmer, and priest. He maintained a post office for Valle Crucis and also a small store. After his death in 1862, the work of the church and the school came to a halt until it was re-established in 1895 with the reacquisition of 500 acres of land, which had been sold off, and the construction of the Mission House, the original Church of the Holy Cross, and later barns, a wagon factory, a power plant, an assembly hall, a dormitory, classrooms, and a dining room and kitchen. The tradition of education and spiritual enlightenment was rekindled, and girls from up and down the eastern seaboard attended the agricultural and industrial school as boarders, alongside male day students.

Times changed, and the boarding school was discontinued during World War II. In the 1970s, the Mission School became the Valle Crucis Conference Center, where still today religious groups gather for retreats, youth groups travel on ski excursions, and non-profit groups attend to plan strategies to attain their goals.

“We are a ministry of hospitality,” said Margaret Love, the director of the Conference Center. “You won’t find fancy soaps in the bathroom, but you will find impeccable cleanliness, the best towels in Western North Carolina, a genuine focus on our guests, and tasty, wholesome food.”

It is definitely a different vibe when you gather at the Valle Crucis Conference Center. The Mast Store uses its facilities several times each year for staff training, company celebrations, and its annual anniversary dinner. “There is something magical when you step onto the Conference Center property,” said Lisa Cooper, president of Mast Store. “The setting is transformative, and the team we work with at VCCC is top notch. No matter what the weather, we’ve never had a bad day or moment with our gatherings here, and I really don’t know what we’d do without them. ”

While the Conference Center is still a part of the Episcopal Church and about 50% of its meetings and gatherings are religious in nature, most are non-denomination specific. “Many of the programs we host ourselves are spiritual and arts related,” said Margaret. You can see a listing of this summer’s programs that include a yoga retreat entitled Unbinding the Heart: A Mountain Yoga Retreat and women writers workshop led by Katerina Whitley, which encourages the craft of writing and endeavors to bring order out of chaos in the company of like-minded people. One of the most notable groups that calls the Center home is the North American Academy of Piping and Drumming. For 46 years, the sound of bagpipes and drums have echoed through the valley. “It is one of the largest schools in the country,” shared Margaret, “and the students can vary in age from 8 to 88. They are all very serious about their music and learn so much from each other.” Many of them go from their instruction here in Valle Crucis to play at the Grandfather Mountain Highland Games and Gathering of Scottish Clans, an event that happens over the second weekend in July. If you’re in the area, be sure to watch for the ceilidh (sort of like a Scottish variety show) that happens during the school. It’s an opportunity for the students to showcase their newly-learned skills at the Apple Barn, and it’s free. 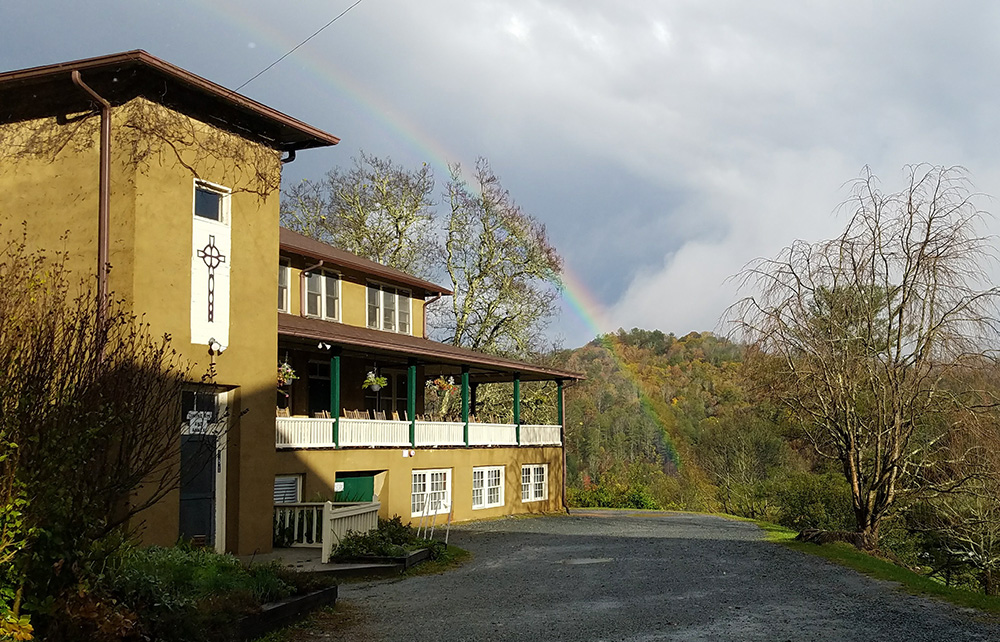 Later in July, another group takes up residence in its Valle Crucis home – the North Carolina Herb Association’s Wild Herb Weekend. If you are a commercial grower, and herbalist, or an herb enthusiast, there are programs and opportunities to learn from the speakers or other attendees. “This is a perfect group to meet here at the Conference Center,” continued Margaret. “With their interest in plants, they really enjoy the hikes around our property where there are more than 126 varieties of unusual flora.”

The Conference Center is a place where you can come with a ready-made group – like for a family reunion or a gaggle of quilters – or come as an individual for one of the many programs where you’ll find new friends.

Margaret wraps it up best by observing, “We continue to keep in touch with our roots, building upon and building up community as we bring people together to learn something new and to connect with each other.” Many buildings at the Valle Crucis Conference Center are on the National Register of Historic Places, including three of the four lodging areas. It is available for day and overnight groups, with meals prepared and served on site. Be sure to enjoy a hike to Crab Orchard Falls or walk the labyrinth, which is available in the big field below the Center. If you are interested in booking a meeting or retreat, contact Margaret Love at 828-963-4453 or e-mail her HERE.