These Old Boards Have Seen A Lot 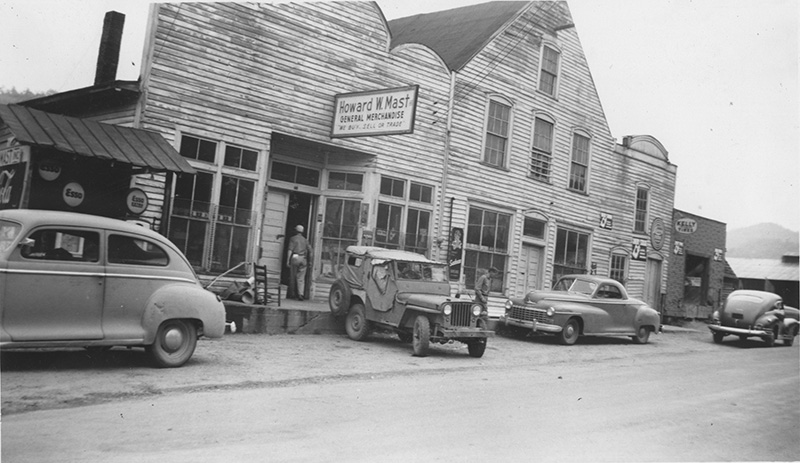 A few weeks ago, we celebrated the 135th anniversary of a legend – the Original Mast Store in Valle Crucis. We played old-timey games; we sampled apple butter; we listened to some good music. But have you ever wondered what the building itself thinks of all the people who travel out Broadstone Road and Highway 194 for a visit. Well, we did too, so we asked.

It’s hard to believe that this rambling clapboard building sitting on the side of the road in the rural mountains of North Carolina draws thousands of visitors from across the country-- and the world for that matter.

“It wasn’t always this way,” said the Original Mast Store (OMS). “Once upon a time, there’d be visitors from ‘off,’ that’s what we call folks that didn’t live around here, but most folks lived right here, within a good day’s walk.”

"I reckon these old boards have seen a lot."- Original Mast Store

General stores once dotted the landscape, spaced maybe 8-10 miles apart, but most of them were not as large as the Original Store. Their primary customers were people who lived just down the road.

“Things really got to hoppin’ here when the road out in front was the best route to travel from Abingdon, Virginia to Statesville, North Carolina. The stagecoach went right by here, and the Bairds that used to live in the big white house right down there had a stagecoach stop and would put people up for the night.”

Historian John Preston Arthur cites the roads in Watauga County as some of the finest in the state in 1912, especially since they were built in such challenging conditions. Everyone should take a ride up the Valle Mountain to experience the “Dugger S” at least once. This road was surveyed by Shepherd Dugger, a Renaissance man of sorts, who was also listed author, orchardist, geologist, and engineer among his interests.

“Henry Taylor had a store right across the road from me,” said OMS. “He owned it with another feller named Moore. I’m not sure whatever happened to him, but they traded with folks here from the 1850s through the Civil War and on into the 1880s. 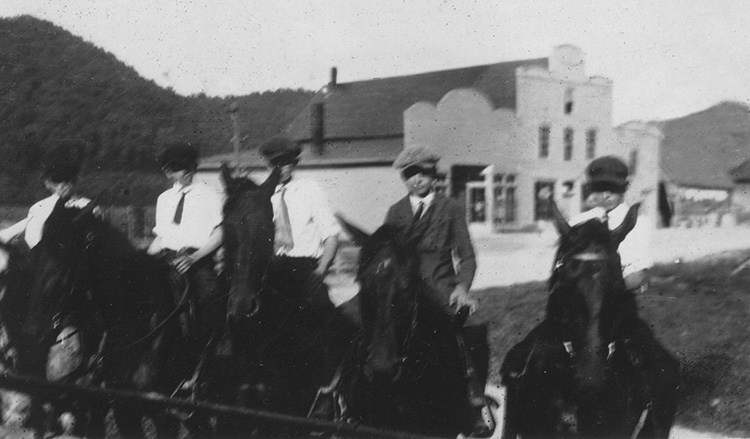 “Ol’ Henry decided he needed a bigger place, so he built what’s now my middle room, and danged if he didn’t have to add on to it not too long after it was finished. If you look real close, you can see where the first front door was located.”

In 1897, William Wellington Mast bought part interest in the store. There is some evidence that he may have operated a store in the Blowing Rock area at some point around this time as well.

“Sometime around 1913, W.W. – that’s what people called him – bought out the remaining interest. Though it might have been a little before 1913,” OMS noted, adding, “Time seems to run together sometimes.”

Under joint ownership, the store was known as Taylor and Mast General Store. “Dr. Henry Perry had his office and living quarters here at the store for a while,” shared OMS. “He would see patients in what was a room like a lean-to where the Front Room is now.

“You know what he did,” said OMS, leaning forward as much as his creaking boards would allow, “he went in with his father-in-law, Squire Taylor, and operated the Valle Crucis Trading Company just down the road. Now that’s a fine how-do-you-do. I can’t hardly hold it against him; it was family, but gosh darn it, that’s a plenty competition with a store that big just two-tenths mile from me.”

Both stores operated into the 1960s, side by side. The Mast Store remained a general store, but what is now the Annex had several different lives, including a furniture and antique store. Dr. Perry opened one of Watauga County’s first hospitals in his home on Highway 194. He would see patients in the downstairs of the home where he would operate and also keep them overnight.

While many travelers seek out Valle Crucis every year, it is not a new phenomenon. “We used to have people come stay here in the valley for weeks at a time,” said OMS. “We actually had one of the first car dealerships and mechanics shops in the area right here. Somebody had to help those travelers when their cars broke down.”

The Baird house, Taylor house, and Finley Mast house, along with the Valle Crucis Mission School, would take in boarders during the summer when people traveled to the mountains to escape the heat of the coast and the Piedmont.  "The Valle Crucis Community Club put together a brochure in the 1920s that told people about all the stuff they could do here like hiking, tennis, golf, swimming, croquet, music, driving. Pretty much the same stuff people come to do today, except croquet, maybe,” he said with a grin.

“I had gasoline for their cars here. We had a deal with the Standard Oil Company – you might know them better as Exxon. As a matter of fact, they helped with getting me listed on the National Register of Historic Places,” remembered OMS. “We carried gas on up into the 1990s until it got to be too much trouble.”

With a few creaks and groans, OMS continued, “I reckon these old boards have seen a lot. Things started changing in the 1960s. The shoe plant, Vermont American, IRC, Shadowline, all of these factories started opening with good paying jobs, so folks would farm at night and on the weekends and pick up what they needed in town before they came home. That made things awful hard here from a business standpoint.”

The Mast family hung on as long as they could before selling the business and the building to new owners in the early 1970s. “Those new owners were excited to try their hand at shopkeeping,” said OMS. “They had some big ideas, and I was really pulling for them. Their ideas included a restaurant and even a little village of other businesses around back, but they faced so many of the same challenges the Mast family had come up against. That’s when they decided to shut the doors for the winter in 1977.” 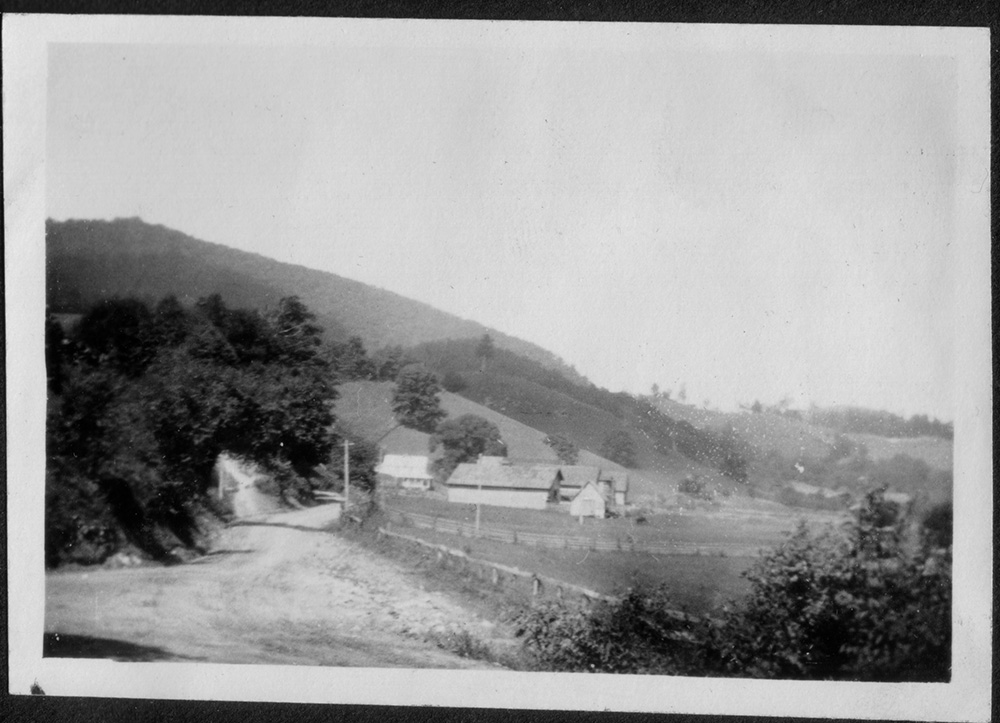 In the spring of 1978, the doors didn’t re-open and it looked like this stalwart of retail and the community was going to drift slowly into memory. “I was afraid and lonely. I didn’t know what was going to happen – heck, I could have become a barn, or worse, people could have torn me down to make picture frames. That’s just reality. And my friends, the people that I’d seen grow up and knew their grandparents, they were scared too. What would happen to me, where would they get their mail, what about the giant i-bolt that no one else carried?”

In 1979, John and Faye Cooper purchased the store and moved their young family to the mountains to operate the Mast Store. “I was so happy when they opened my doors and let me breathe again. They started a fire in the pot-bellied stove and warmed me up. All of my friends stopped by and swapped stories – and let me tell you, some of them were whoppers – and helped the Coopers learn my story because I couldn’t tell it myself. I guess you could say… ‘and the rest is history.’”

We hope you enjoyed our visit with the Original Mast Store. It truly does have so many stories to tell. We are glad to provide it a voice and a voice to all of our locations.