Some of Our Favorite Urban Hikes 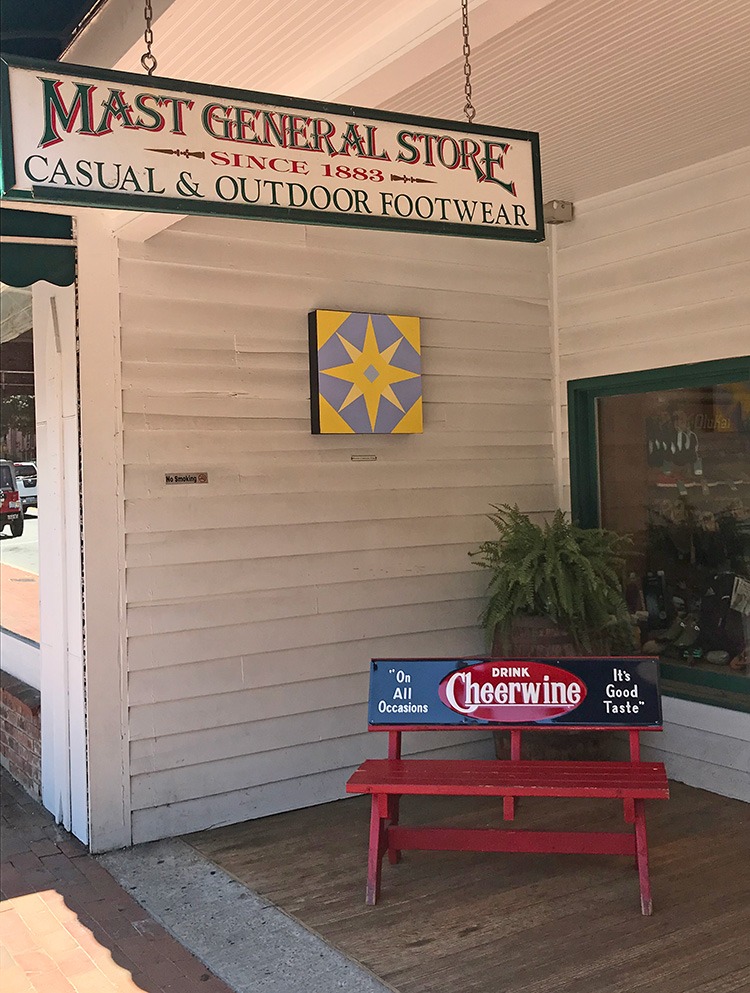 In casual conversation, when someone mentions they are going for a hike, our mind quickly envisions a narrow path winding through tall trees and rhododendron thickets. But, there can be different kinds of hikes – ones that take you through the city, around town, and even through time. Greenville, Asheville, and Waynesville are home to urban adventures that families and historians will enjoy. 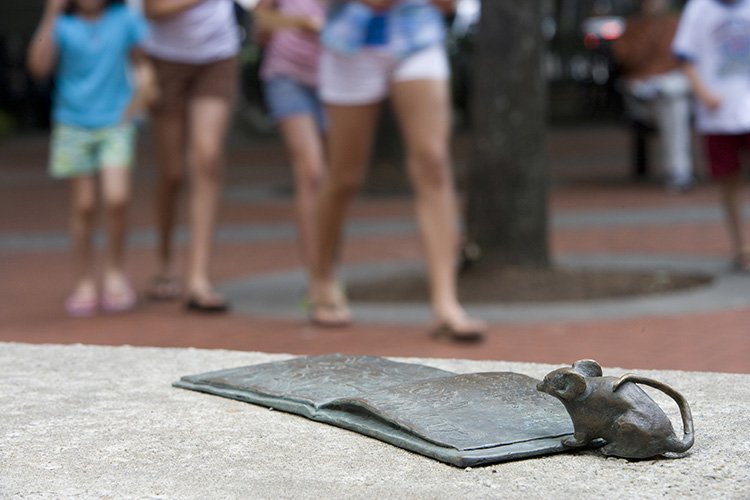 Can you find all the Mice on Main?
What started out as a student project has turned into a draw for tourists and locals to explore Downtown Greenville. Jim Ryan, a high school senior in 2000, came up with an idea to install nine mice in surprising places along Greenville’s Main Street from his memories of bedtimes reading Goodnight Moon. He garnered support from the Mayor and the city, raised the funds to produce the mice, and worked with sculptor Zan Wells to develop the personalities of these tiny permanent sculptures.

In 2007, Linda Kelly and her granddaughter Sara were hunting for the mice when Sara posed a question: “Grandmother, is there a book about the mice?” “Yes,” Linda replied, “they are in Goodnight Moon.” Sara pushed a little harder because she wanted to know about THESE mice, and she thought her grandmother was an excellent candidate to write it. That conversation prompted a call to Ryan and Zan. Shortly after, Mice on Main, the book, was released and is a gift to Greenville. Proceeds from the sale of the books, games, and t-shirts are contributed to a charity in the Greenville area.

The mice are located along Main Street between the Hyatt Regency and the Westin Poinsett Hotel. Handouts with clues to help you find the mice are available at the Mast General Store at 111 North Main Street in Greenville. Pay close attention; the sculptures really are mouse-sized. Kelly and Wells hold frequent book signings at the store, particularly around the holidays. 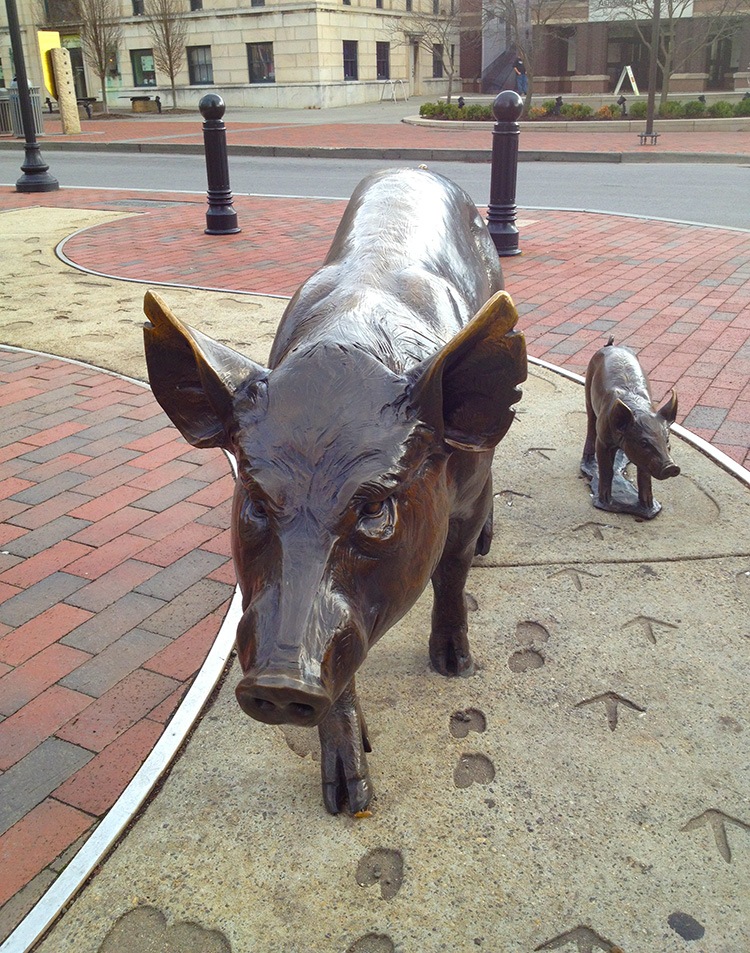 Wander through History
In 2018, it’s difficult for many to remember when Downtown Asheville was a wasteland filled with empty buildings and no people. Its vibrant, eclectic flame might never have been kindled were it not for a collaboration in the mid 1980s between the City of Asheville and a group of private citizens.

While enjoying a two-hour hike, you’ll learn about early times in the area – where the tour begins on Pack Square was once a crossroads of Native American trading paths where livestock and goods were exchanged. It is also where civic gatherings happened over the years and remains a central focus of the city.

The Urban Trail functions as a museum without walls, with larger than life displays and detail-rich exhibits that ask the “hiker” to look beyond the obvious. There are thirty station that introduce you to Asheville residents – like Thomas Wolfe and O. Henry – or shopkeepers that are forever memorialized in stone (the Immortal Image is of Cyrus Deake, a local merchant who often stopped to watch the stone carvers ply their trade). You’ll also trek by some of the best examples of Art Deco architecture in the world, all providing an amazing backdrop to talented buskers, who entertain pedestrians throughout the year.

You’ll want to watch this video by Erin Derham to get a sense of what it took to make this trail a reality. The audio tour and printable map will also come in handy. 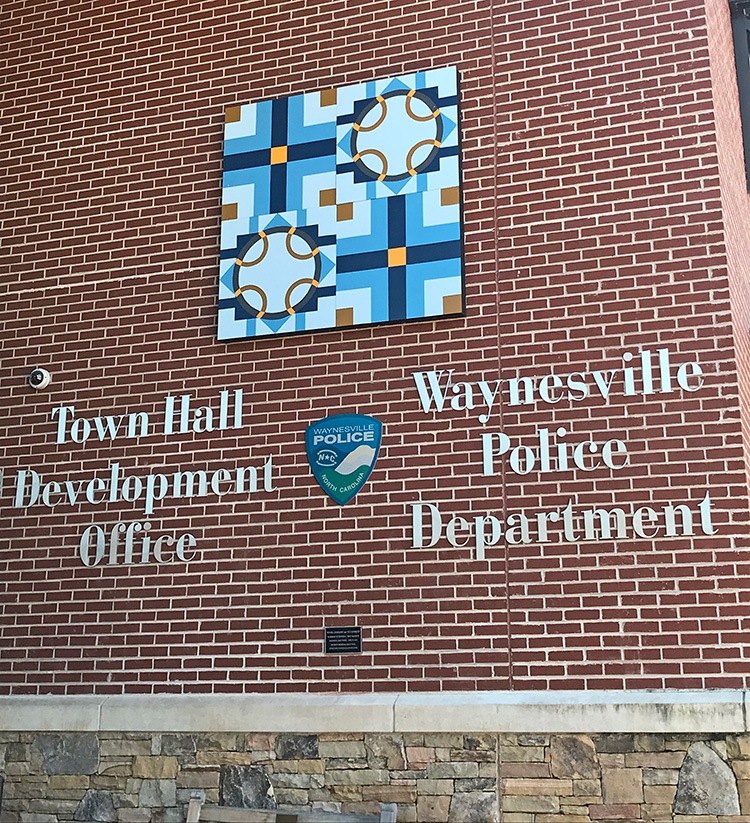 A Pieced-Together Trail
Quilt trails became a movement in the early 2000s, as rural communities looked for ways to boost their economies while holding on to traditions they hold dear. At first blush, one might think that a quilt trail would be many quilting bees or shops that you can visit, and while, in some ways, they are, the main trail is an exploration of rural backroads where barns, homes, and outbuildings host painted representations of quilt patterns.

Haywood County’s quilt trail ventures on highways and roads in Canton, Clyde, Maggie Valley, and Waynesville. One section of the trail in Downtown Waynesville showcases at least nine different patterns in walking distance of Main Street. Each pattern has a story and was chosen by its host because of its ties to family history or occupation.

Throughout the tour, you’ll visit town government buildings, merchants, a dentist’s office, museums, and more, and you’ll discover even more places you’ll want to stop along the way, from galleries to restaurants. The Quilt Trail Brochure provides the location and names of the quilts and visiting the Brief Histories link on the trail website shares the history and story behind the pattern.

We hope you enjoy the urban landscape – you’ll find it is just as “rooty” as some of those rhododendron tunnels we love to explore.