Remembering the Valle with Blanche Hodges Kohnle - Part One

Last year, a beautiful, petite, and cheerful 96-year-old woman and her son stopped by the Mast Store in Asheville and visited with us for a while. Many Mast guests with rich histories and even richer stories pass through our doors every day, but this guest was particularly special because she holds the keys to the history of our beloved Valle. Valle Crucis – the birthplace of Mast General Store.

PART ONE: Day in the Life and Barter

Blanche Hodges grew up right down the road from Valle Crucis in Vilas, North Carolina. She made the seven mile journey by foot to visit the Original Mast Store, run by W.W. Mast in those days. At age 14, Blanche married Carl Kohnle and moved those seven miles from home to a house right across the road from the Mast Store Annex. Mrs. Kohnle gave birth to six of her eight children in the Valle – the first three were born in that house. Blanche was a tender 15-years-old when she became a mother for the first time. 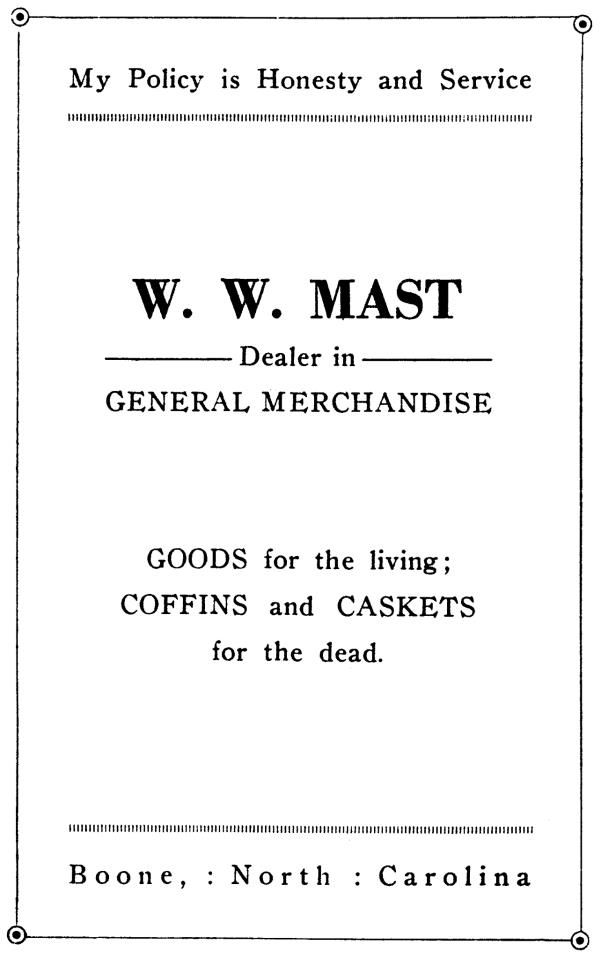 During her 17 years living across the road from the Mast Store Annex, (then the Valle Crucis Company from 1931 until 1948), Blanche bought all of her groceries, dry goods, material for clothes, and hardware at the Annex - or as she referred to it - "The Candy Store." This was also back when the Annex housed the Valle Crucis Post Office which has since been moved back down the road two-tenths of a mile to the Original Store. But that’s a story for another day.

Blanche grew most of her own food, but would barter at the Annex for the goods she needed. All of the plants grown and animals raised by Blanche and her husband provided for specific things they required for their family throughout the year. You might call it a bartering budget.

The Kohnle Family chickens sold for a dollar at the Annex and, in turn, were tossed into the chicken yard out back – hence the term, “yard bird”. Eggs were sold for only 15 cents a dozen. In the spring, Blanche's husband Carl would sheer their six or seven sheep in exchange for summer clothing material. Their many fruit trees would grow enough produce – apples, pears, and the like - to fill over 350 jars each summer and were bartered for cloth to make winter clothes. Tobacco was grown and harvested to pay taxes. Roots and herbs were dried on the roof and sold for 3 to 5 cents in exchange for candy. Blanche’s favorite? Orange slices, which we still carry at “The Candy Store”. 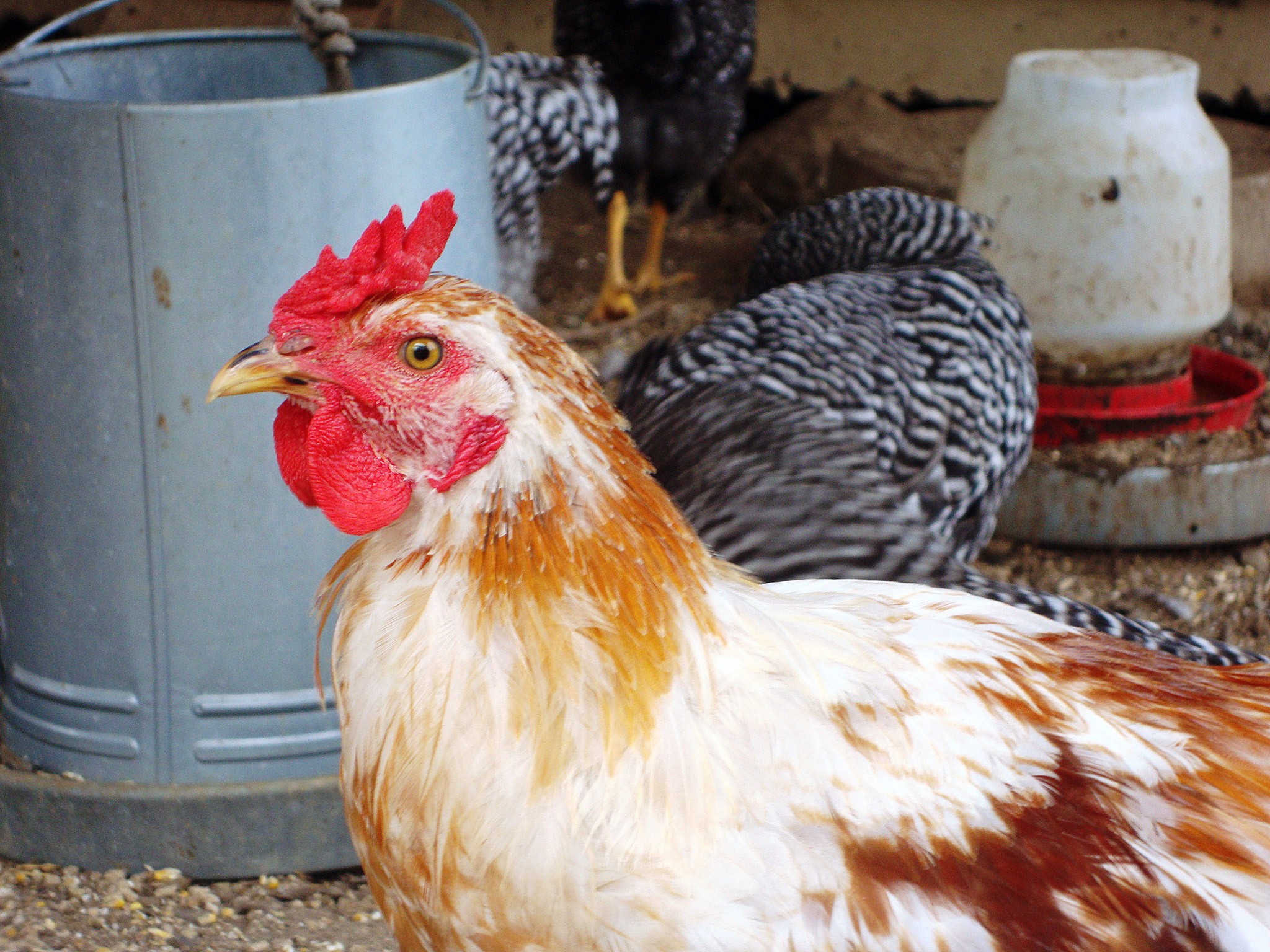 Every living thing had a purpose. The Kohnle’s two horses harvested hay to feed the three dairy cows. Milk for their Jersey and Guernsey cows was churned into butter – all by hand. Hay was also used to nest potatoes and cabbage, which were buried to be eaten during the winter and spring.

Blanche’s many bees offered the sweetest honey, and her pigs kept her children’s tummies full of ham, bacon, sausage, and livermush all year long. A small pack of “Sooners”, usually foxhounds, kept watch over the homestead, while several cats made fine mousers for the family and kept rodents out of their essential goods.

In addition to raising children, cooking every meal with food she grew herself, and tending to everything that needed tending to, Blanche had her own business. Ever the resourceful and hard-working woman, she’d starch and iron clothes for a family of four each week for $1.50. And remember, all of her work was done over a hot wood stove, sometimes in mid-summer heat, and before air conditioning. Her life’s work was the definition of “sweat equity”. 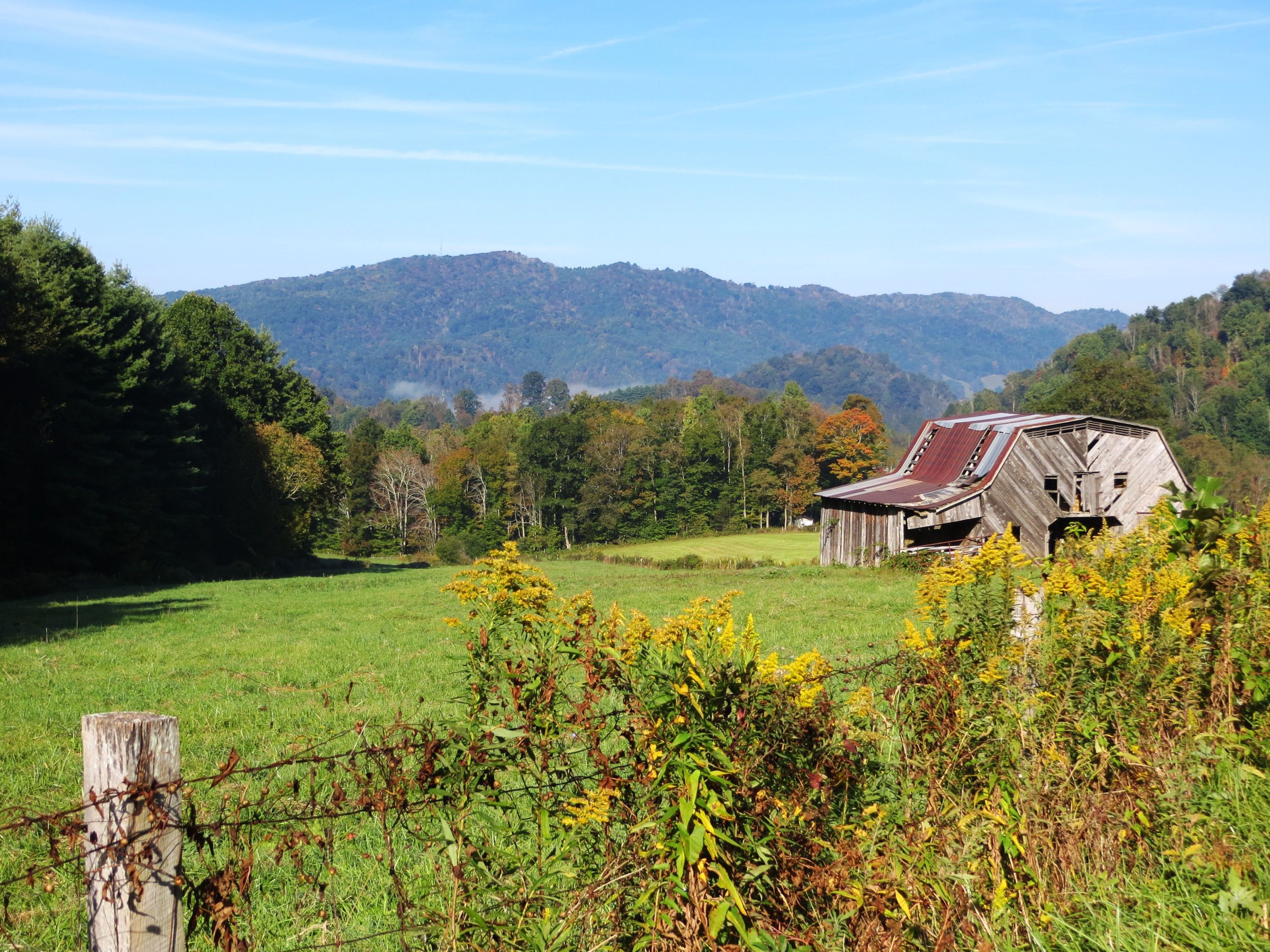 Blanche put the kids to work too. Her son Mike, now a resident of Asheville, reflected, “I think kids are a bit lost these days because they don’t feel like they have a purpose. I was a happy kid because I had a job to do every day. There was no such thing as being bored and not much time to get into trouble. There were cows to milk and a huge garden to hoe. Every ounce of water used for cooking and cleaning was carried from the natural spring and into the house." Blanche added, "The spring was so cold it could whip cream.”

Mike continues, “We cut trees, hauled logs from the woods, split them into short pieces to fit the stoves, stacked them in the wood shed, and carried them from the shed to the house to be used in the wood stove every day of the year. We also broke beans, canned all kinds of fruit and vegetables like apples, tomatoes, beets, and carrots. If we didn't can it, we dried it. We ate from the garden all year long. Everyone helped with anything that needing doing around the house. Every single member of the family had a purpose.”

Next time, we'll share Part Two of our conversation with Blanche Hodges Kohnle, exploring music and the 1940 Flood. Read on HERE...