After my husband and I retired from our careers, we lived full time in our RV for two and a half years. During that time, we traveled around the country working in different campgrounds. We worked several summers in Shenandoah National Park as campground hosts for the National Park Service. 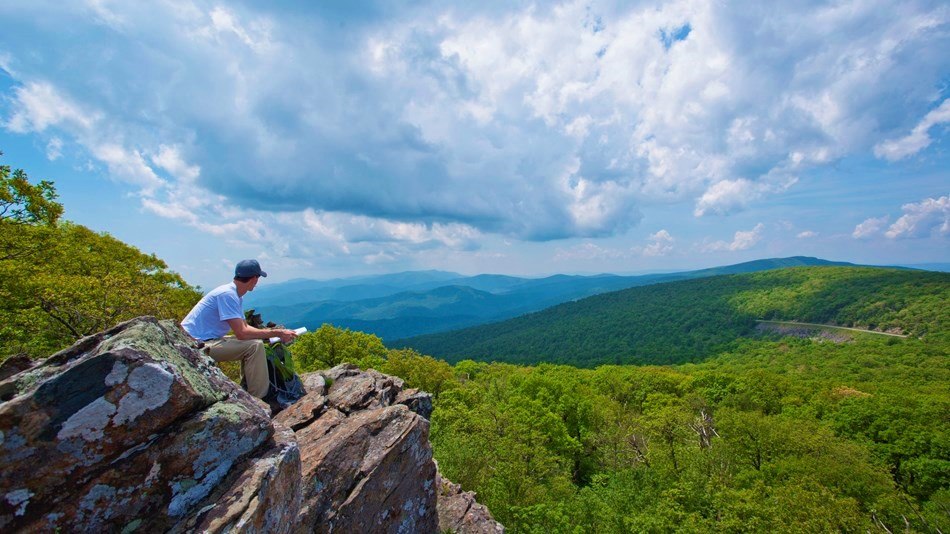 Our duties included checking campers in and out of the campground, helping them with various needs they may have, clarifying the rules and regulations of the park, and, my favorite, keeping the wildlife and the campers safe from each other. At times this required us to scare bears from the campsites. In order to do this, we were given slingshots and taught how to brace the metal section on our forearms to shoot more accurately to scare off the bears without actually injuring them.

At that time, Shenandoah National Park was home to the highest density of black bears in the eastern United States, so we saw them frequently. It was not unusual to have campers come tell us that a bear was close to their campsite or in the campground. Most of the time, we were able to send the bears on their way by simply waving our arms and yelling, “Shoo, bear!”

One evening as we were eating dinner, there was a knock on the door. It was one of the other campground hosts who needed us to help with a bear in a campsite. We arrived at the site to see the bear walk up to the picnic table where the campers had been eating their dinner, pick up a loaf of bread, walk just into the edge of the woods, sit down, and eat the bread. After some hasty consultation, we decided that the next time he came to the table, we would start running, yelling, and shooting our slingshots.

Soon enough, the bear appeared and grabbed some more food. Whereupon, we began our attack. He headed for the woods with us in pursuit, but instead of running away as they usually did, he stopped on a boulder, looked at us, and ate the food. He was a tough old bear, so we had to call a ranger, who brought his special gun which made an extra loud explosive sound. The ranger shot the special gun into the air and that sent the bear away from the campground.

I never think of Shenandoah without thinking of bears.