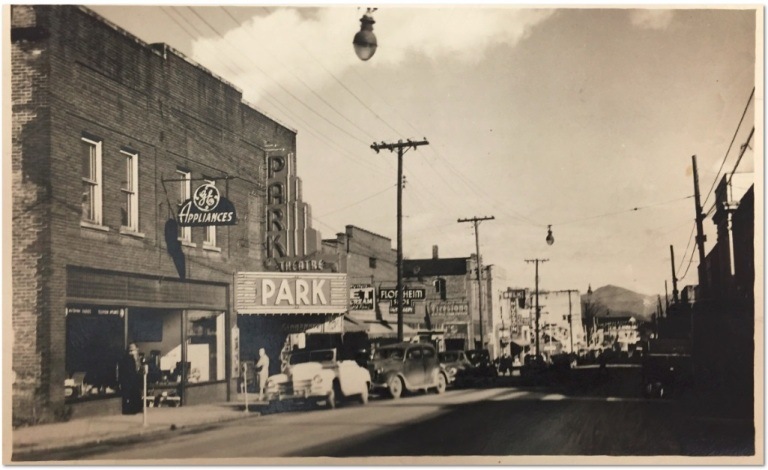 Last week, we dug into the early years of Waynesville’s Mast Store location and the incredible life of the doctor whose home once stood there. To read about Dr. Rogers, his life and home, click HERE. This week, we’re exploring 63 North Main Street as it becomes a place of commerce. 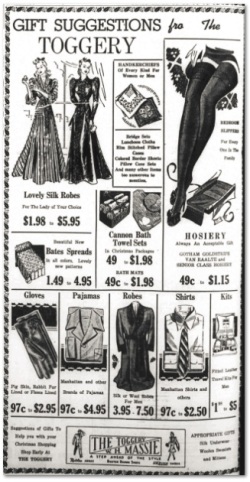 Toggery is a word you don’t hear too often these days, and it’s a likely carry-over from our nation’s early British roots. In Great Britain, the word toggery means apparel or clothing. Hugh Massie built The Toggery, a high end men’s and women’s clothing store, on the former site of Dr. Rogers’ house in late 1937. Like Dr. Rogers, Mr. Massie has an intriguing story of his own. Massie was Scot-Irish, and his ancestors fought in the American Revolution and the War of 1812.  An enterprising businessman, he owned all of the buildings from the Park Theatre to the edge of Miller Street. This part of downtown was called the Massie Block. Each of Massie’s children was gifted ownership of a business on the Massie Block. An interesting fact, Massie’s son, Jim, inherited the popular theatre where Roy Rogers once performed.

The Toggery was a popular business at the heart of Waynesville’s downtown district that left a lasting impression on shoppers. Former Mayor of Hazelwood, Haywood County Commissioner, and writer for the Waynesville Mountaineer newspaper, Maryann Fisher Enloe, shares, "My mother shopped almost exclusively at The Toggery when I was small, and I shopped there when I went to work. Mr. and Mrs. Hugh Massie were important members of Waynesville’s First United Methodist Church.”

Mrs. Enloe goes on to say, “The Massies went to market in New York City and The Toggery sold top of the line merchandise. When I was 25-years-old and Mother was 45, she and I had matching mink-trimmed cashmere coats from The Toggery. [The store also] had an x-ray machine for your feet that showed where your toes came to your shoes. 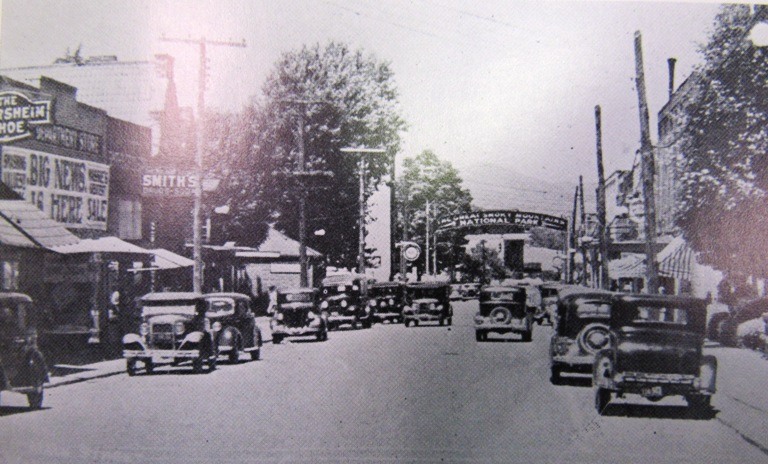 "I don't remember what they sold in the basement, but the staircase has always been where it is now. Velma Blanton was their bookkeeper for decades. The business office was at the front on the building on the top floor and had glass windows that looked down on the main floor."

The photo above shows Main Street as it looked in the 1930s. The Toggery is on the far left corner underneath the sign “Florsheim Shoes”. In the photo below, you’ll notice The Toggery in the middle of the photo and under the same shoe sign, just past the Park Theatre.

Historian and contributor to this article Alex McKay offers, “My dad said The Toggery wasn’t the most entertaining place to go as a young boy. He remembers his mother taking him with her and there being lots of ladies clothes and dresses everywhere. Dad said not one of the dresses was the same.”

Our research also uncovered a couple of classic ads from 1961 declaring, "Men's clothes for the fall season have a 4-star rating" and offers gift suggestion like “acceptable gifts for ladies” like lovely silk robes, hosiery, and leather travel kits.

Last fall, we met with 90-year-old John Burnett, who was a janitor at The Toggery for several decades. He said, “The Toggery was always busy. They sold lots of nice clothes and shoes for men and women. They had the nicest suits. It was a very popular place to shop and a wonderful place to work for so many years.” [To learn more about John Burnett and his incredible service to the children of Haywood County during his retirement, take a look at his WLOS Person on the Week feature HERE.] 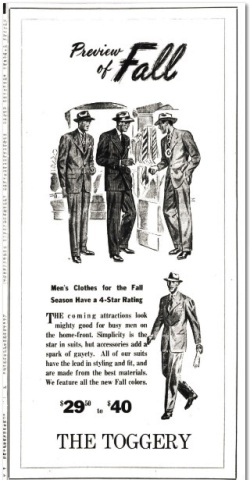 At some point toward the end of The Toggery’s final years in business, Smith Insurance rented what is now Mast Store’s shoe department. Charlie Way, Hugh Massie’s son-in-law, took over the business and was the last owner of the Toggery when it closed in 1981. The building was in the process of being converted into a dance hall before it was purchased and opened in 1991 as Mast Store Waynesville.

From Dr. Rogers’ beautiful Victorian house, The Toggery’s success under the ownership of the Massie and Way families, and Mast General Store’s 25 years of enjoying Waynesville’s vibrant downtown community, 63 North Main Street has revealed itself to be a location as rich and interesting as its former inhabitants. At Mast Store, we’re a proud to be a lasting part of Downtown Waynesville’s incredible legacy.

[*A special thank you to Carol Litchfield and Alex McKay for their generous help researching the history of 63 North Main Street and its former owners. Both are members of the Haywood County Historical and Genealogical Society. Carol volunteers in the North Carolina Room of the Haywood County Public Library in Waynesville assisting people with their research requests.  Alex loves to collect and share Waynesville history.  He is also a member of the Historic Preservation Committee and his family has lived in Haywood County for generations.]