Mast General Store owners, John and Faye Cooper, have been committed to selecting older, often historical buildings, for our store locations from the very beginning. The Original Store in Valle Crucis first opened its doors for business in 1883. The store served as the hub of commerce in the heart of the Valle for decades, but was temporarily closed for several years in the late 1970s. Thankfully, the Cooper’s unique vision led them to reopen the store in 1980, nearly 100 years after Mast General Store was originally built. Since that time, our company’s leadership continues to select older buildings for new store locations. Just like the Original Store, each Mast Store building has its own incredible history. Today, we uncover a Mast Store mystery that’s eluded us for 25 years… the exciting history of the Mast Store in Waynesville, North Carolina.

We’ve known very little about the history of 63 North Main Street before it became Mast Store Waynesville. The store, pictured above as you see it today, was built in the 1930s as an upscale clothing store, The Toggery. It was a successful business in this location for decades. What we didn’t know was that this location was home to some incredibly colorful characters with strong ties not only to the early history of Waynesville, but to our nation as well.

With the generous help of Carol Litchfield and Alex McKay, both members of the Haywood County Historical and Genealogical Society*, we first uncovered the earliest known photo of 63 North Main Street. As you see in the photo pictured at the top of the blog, oxen once rested in front of a beautiful Victorian home where Mast Store now stands (pictured below, right). The photo is thought to have been taken somewhere between the years of 1905 and 1916 and belonged to Dr. Hugh Manson Rogers. This enchanting scene is a far cry from the bricked sidewalk and car-lined street you see in the same location today. 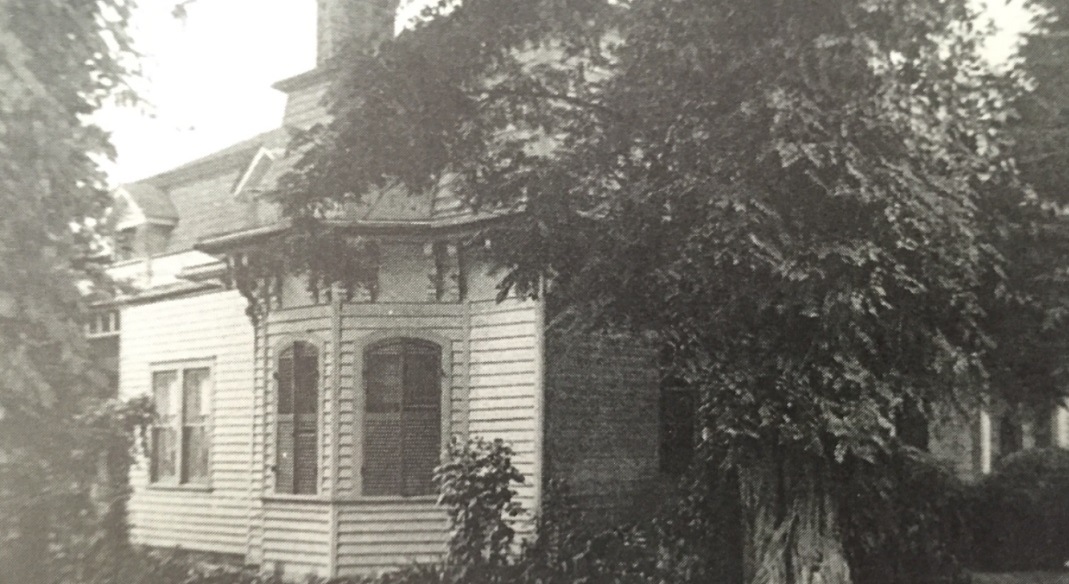 As we dug into the archives at the Haywood County Library, Dr. Rogers revealed himself to be quite an intriguing man. Although he never attended medical school, Dr. Hugh Manson Rogers was one of Waynesville’s first physicians. Quite ironically, Dr. Rogers also owned a general store a few yards down the block from his private home. The map pictured below shows the location of Dr. Roger’s house (circled in red to the left) and his general store on the corner (long building circled in red to the right) in December 1924.

A fascinating story about Dr. Rogers appears in  the book A heritage of healing: The medical history of Haywood County. He and another physician helped steal the body of a man, Bayless Henderson, who had been charged with committing a brutal murder, and after a sensational trial, was subsequently hanged. The book shares, “Everyone at the hanging knew the sheriff had taken Henderson’s body and buried it on a corner of his own property. In the middle of the night the doctors dug up the body, refilled the grave and drove back across the Balsam Mountains to Waynesville. Dr. Smathers took the head while Dr. Rogers found a use for the rest of the body.” 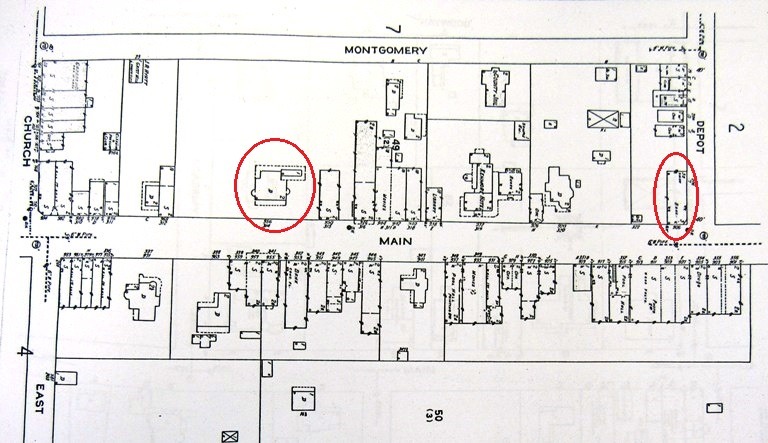 The book goes on to say, “In mountain communities, children were often told the story of Bayless Henderson… The tale ends by saying some doctors, who had no other way to study the human anatomy, dug up [the criminal’s] body for medical use. The moral of the story seems to be that it is possible for even the worst scoundrel to someday make a useful contribution.” 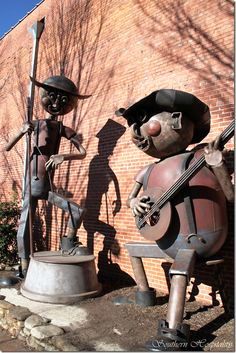 This macabre, yet interesting story reveals the tenuous times in which Dr. Rogers lived. It’s also quite remarkable that Dr. Rogers served the community for many years not only as a respected doctor, but a general store owner, too. Many years later, Dr. Roger’s general store became the Red Wing Gift Store which was torn down in recent years and is now a bricked pedestrian through-way. You’ll recognize this area by the metal musician sculptures pictured to the left.

As for Dr. Rogers’ house at 63 North Main Street, we’ll explore its incarnation as The Toggery and Mast General Store in next week’s blog.

[*A special thank you to Carol Litchfield and Alex McKay for their generous help researching the history of 63 North Main Street and its former owners. Both are members of the Haywood County Historical and Genealogical Society. Carol volunteers in the North Carolina Room of the Haywood County Public Library in Waynesville assisting people with their research requests.  Alex loves to collect and share Waynesville history.  He is also a member of the Historic Preservation Committee and his family has lived in Haywood County for generations.]