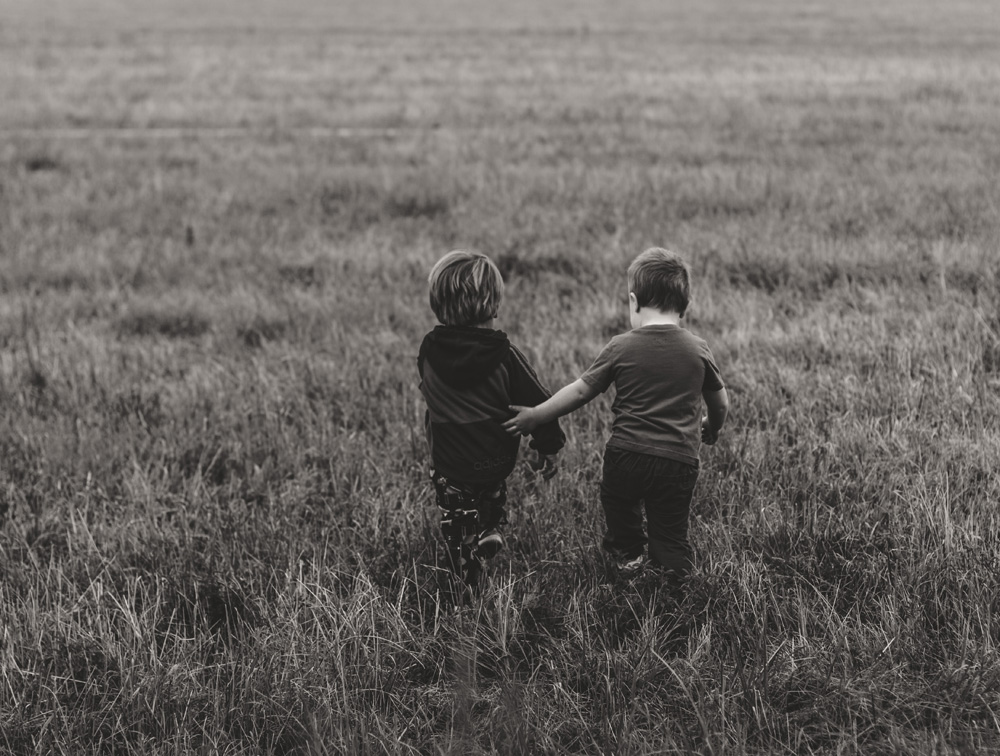 The Merriam-Webster Dictionary defines friend as “a favored companion; one that favors or promotes something.” Woodrow Wilson once said, “Friendship is the only cement that will ever hold the world together.” The Mast Store is pleased to count several active community groups among our circle of friends, and on September 7th, we’ll introduce you to some of them and will make a donation to support their efforts. 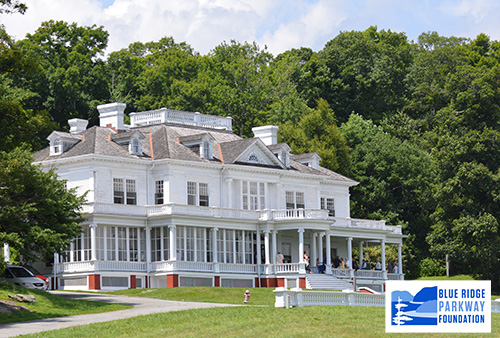 VALLE CRUCIS, BOONE, ASHEVILLE, AND HENDERSONVILLE: Organized in 1997, the Blue Ridge Parkway Foundation is the primary fundraising partner for the Blue Ridge Parkway, and supports initiatives from Rockfish Gap in Virginia to Cherokee in North Carolina. Their mission includes protecting the cultural and natural resources along the roadway park, as well as finding ways to get Kids in Parks and engaging the next generation of stewards.

There are many projects the Foundation is involved in, but possibly the highest-profile ventures are the refurbishing of three iconic Parkway landmarks. Mabry Mill was built in the early 1900s and is a living history museum at milepost 176. The Foundation replaced the waterwheel several years ago and this summer replaced the millrace to feed the wheel. The Bluffs Coffee Shop at milepost 241 has been closed for a decade, but it will re-open in 2020 thanks to the help of the Foundation. The Coffee Shop will be one of only three restaurants along the Parkway.

Also on the Blue Ridge Parkway Foundation project list is Moses H. Cone Memorial Park. The Foundation has raised $3.2 million over the last three years to put on a new roof, add fire suppression to the Cone Manor, and to repair the stone walls around the estate. Exterior repairs on the 23-room mansion will begin soon. Many of the Foundation's projects augment the visitor experience and ensure that generations to come will have a similar sense of the Parkway. 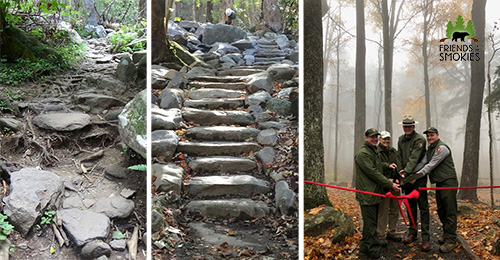 WAYNESVILLE AND KNOXVILLE: Organized in 1993, the Friends of the Smokies have undertaken a number of activities to support and augment the charge of the National Park Service, but their most ambitious undertaking from a fundraising and project standpoint is their Trails Forever program. Started in 2008 with a challenge grant from the Aslan Foundation, Trails Forever employs a full-time trail crew to re-establish, maintain, and re-build the Park’s most impacted trails. The GSMNP has over 800 miles of trails and hosts over 1 million visitors each year, so many of the trails closest to the main routes see lots of foot traffic.

The changes the Trails Forever Crew and the volunteers who join them for trail work have made will last for generations. The Forney Ridge, Chimney Tops, and Alum Cave Trails are transformed from worn, eroded passages to journeys on durable and beautiful surfaces. Volunteers join the crew each Wednesday from May through mid-November. If you are interested in volunteering, visit the Friends of the Smokies website.

We are excited to welcome Patagonia back as a partner with Friends’ Day. As a company, they ask all of us to consider our impact on the earth in everything we do. They also realize that the Great Smoky Mountains National Park and the Blue Ridge Parkway are two of the most visited units in the National Park Service, with many of their trails and attractions being “loved to death.” To support the Blue Ridge Parkway Foundation and the Friends of the Smokies, Patagonia is making their own contribution directly to these organizations on our behalf. 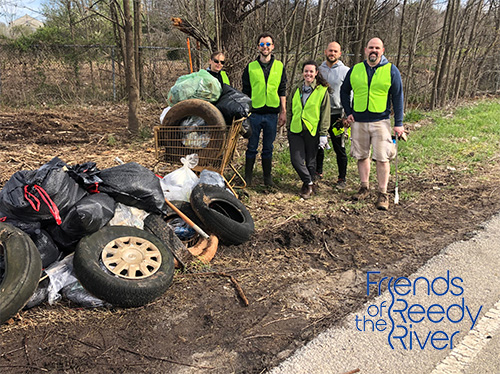 GREENVILLE: Founded in 1993 as the voice of the river, the Friends have priorities in conservation, restoration, and education to improve the water quality of the Reedy River and its tributaries. The organization’s actions not only impact the quality of the water, but nurtures wildlife and the ecosystem along its banks.

The Friends of the Reedy River are in the process of wrapping up the Cleveland Stables Project, which is a collaborative project with the City of Greenville and the Cleveland Forest Neighborhood Association, resulting in the expansion of a passive recreation park on the banks of the River. It involved stabilizing the riverbank, removing the invasive plant species, and replanting native species. These actions not only benefit the human users of the park but also will help re-establish wildlife habitat. 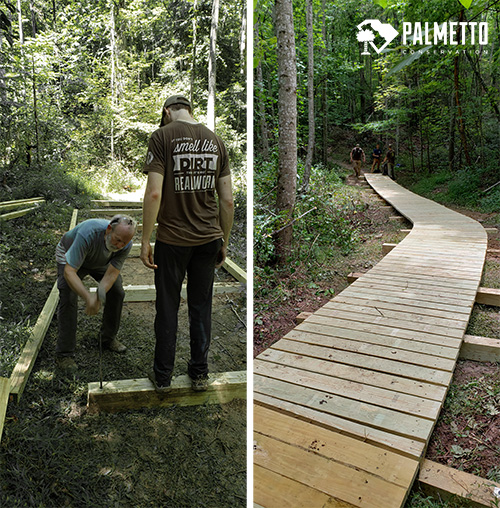 COLUMBIA: Founded in 1989, the Palmetto Conservation Foundation’s goal is to conserve the State of South Carolina’s natural environment while making it accessible. The group’s most well-known project is the Palmetto Trail, which starts in the mountains of the Upstate and winds its way along creeks and streams, through pastures and swamps, through Revolutionary War battlefields, and through cities and small towns. Around 350 miles of the 500-mile-long trail are now complete offering hiking and biking opportunities within two hours' drive of any part of the state.

Most recently, the trail coordinators have completed a new boardwalk on the Waterfall Loop of the Blue Wall Passage in the Upstate. The structure helps hikers navigate a boggy area near the end of the lake. The Trail is designated a federal Millennium Legacy Trail and is one of 16 cross-state trails in the United States. 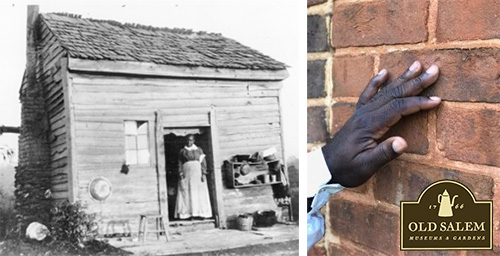 WINSTON-SALEM: Construction began on Salem, the central community in the Wachovia Tract, in 1766. A non-profit to oversee the restoration of the community was organized in 1950, and the community was declared a National Historic Landmark in 1966. Interpreters and museums share the stories of the Moravians who settled the community through interactive engagement and static displays.

One of Old Salem Museums and Gardens’ most recent initiatives is the Hidden Town Project, which will reveal more of the enslaved and free Africans and African-American experience in Salem. The project will track the effects and legacy of enslaved peoples from the inception of Salem through the Jim Crow Era and up to today.

Hidden Town research thus far shows that at its height, 160 enslaved men, women, and children lived in Salem. After the Civil War, freedmen founded the first school for children of color in Forsyth County and established a neighborhood across Salem Creek. One of the goals is to reveal who the enslaved and freedmen living in the Salem community were as human beings. This project, along with the new plan for engaging and immersing visitors in the period and experience of a living town, makes Old Salem Museums and Gardens an ever-changing destination.

"These groups are contributing to our communities in so many ways..."
~Lisa Cooper, president, Mast Store

“We hope you’ll join us at the stores on Friends’ Day,” said Lisa Cooper, president of Mast Store. “These groups are contributing to our communities in so many ways – adding to the quality of life of residents, enticing visitors to enjoy the beauty that surrounds us, telling our collective stories, and being a vital part of our local economic engine.”

Guests are also invited to round up their purchases on September 7 to make a direct donation to our friends when they are shopping in the stores. At the end of the day, Mast Store will donate 10% of the day’s sales to support the efforts of these organizations.

We hope you’ll stop by and visit with these groups and learn more about their missions and how they are positively impacting our local communities.