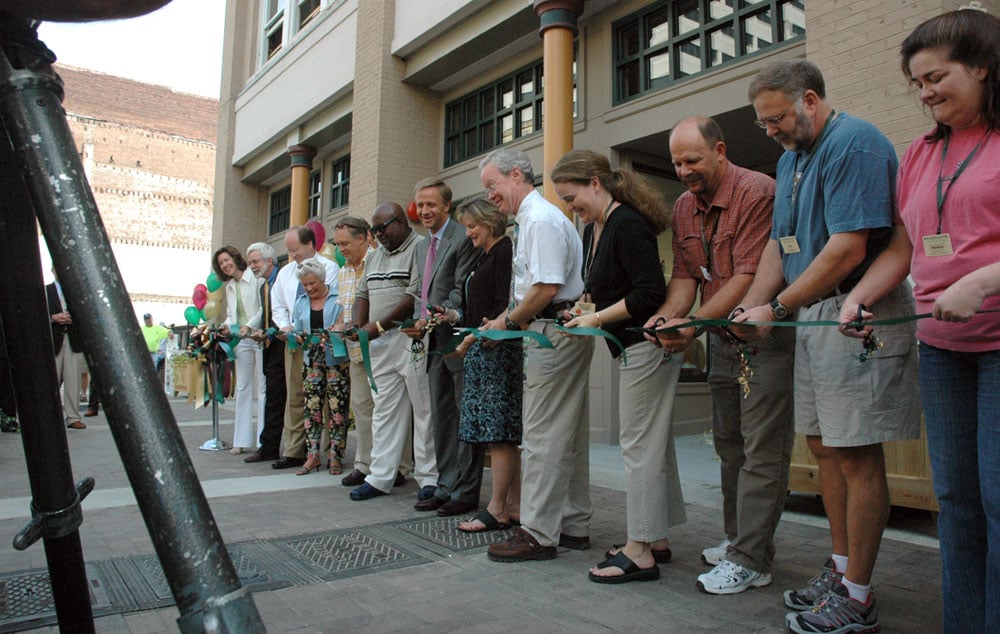 Turn back the clock 15 years. Downtown Knoxville was a completely different place – devoid of people strolling the sidewalks with coffee cups in hand, cars waiting for other cars to pull out of parking spaces, or restaurants open on the 4th of July. J’s Mega Mart, located right across the street, was a happening place where you could find most everything from transparent tape to a pageboy-cut wig. So much has changed since August 17, 2006.

“When I first walked through the building with my dad, I thought it should be burned down,” said Lisa Cooper, president of Mast Store. Her statement is filled with deep irony because the building the Mast Store calls home in Knoxville actually rose from the ashes of “The Million Dollar Fire,” which destroyed two blocks of the downtown business district in a matter of hours. 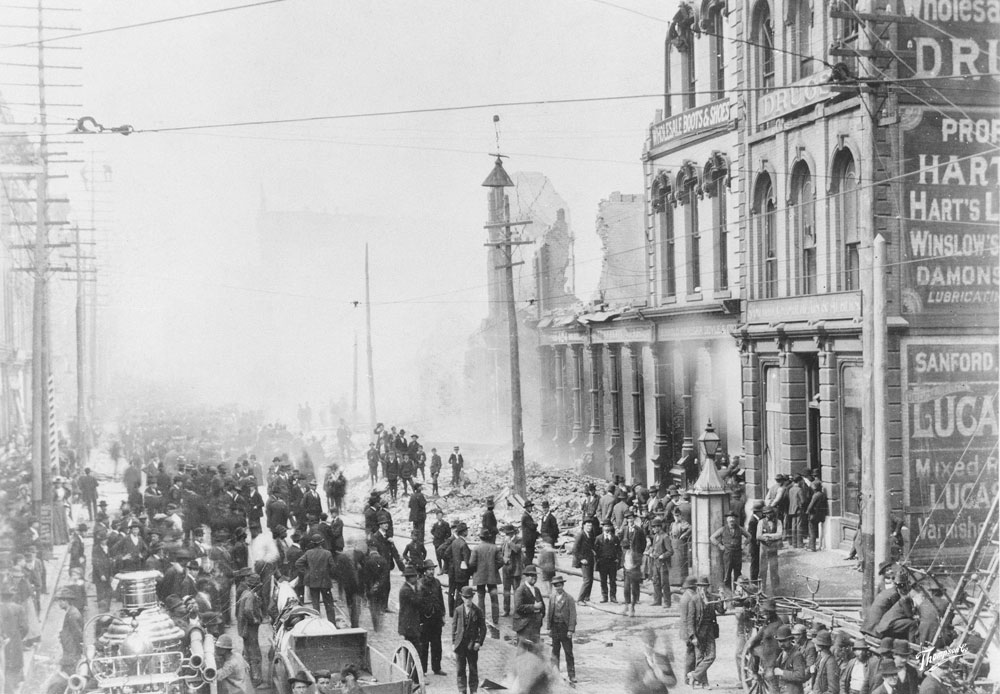 Early in the morning on April 8, 1897, the Hotel Knox caught fire and flames quickly spread to surrounding buildings. The intensity of the fire was such that the Knoxville Fire Department reached out to the Chattanooga Fire Department for help. Firemen and equipment boarded a train for a harrowing 90-mile-an-hour ride that arrived 111 minutes later, around 9 a.m., to provide aid. By around 10:30 that morning the fire was under control, but only two buildings on the east side of Gay Street in the 300-400 block remained standing. By later that afternoon, the rebuilding phase had already started.
*Photo courtesy of Thompson Photography Products, Knoxville.

The new building opened in 1898 and has been a retail destination, with only a brief interruption, for Knoxvillians and visitors since that tragic day.  Grocery stores and dry goods dealers – McNulty Grocers, M.M. Newcomer’s Department Store, the Knox Dry Goods Co., The Knox, the Boston Store, and even White’s Grocery Store served up needed goods and services through 1988, when the building was abandoned and used to store sewing machines and other goods.

“My first impressions of the building are nothing like what it has become,” said Lisa. “Looking beyond the damaged floors, dingy walls, and tattered ceilings is how we begin to dig into the stories that are waiting to be retold.”

There are many stories from the past that continue flourishing still. And new stories are being written every day. 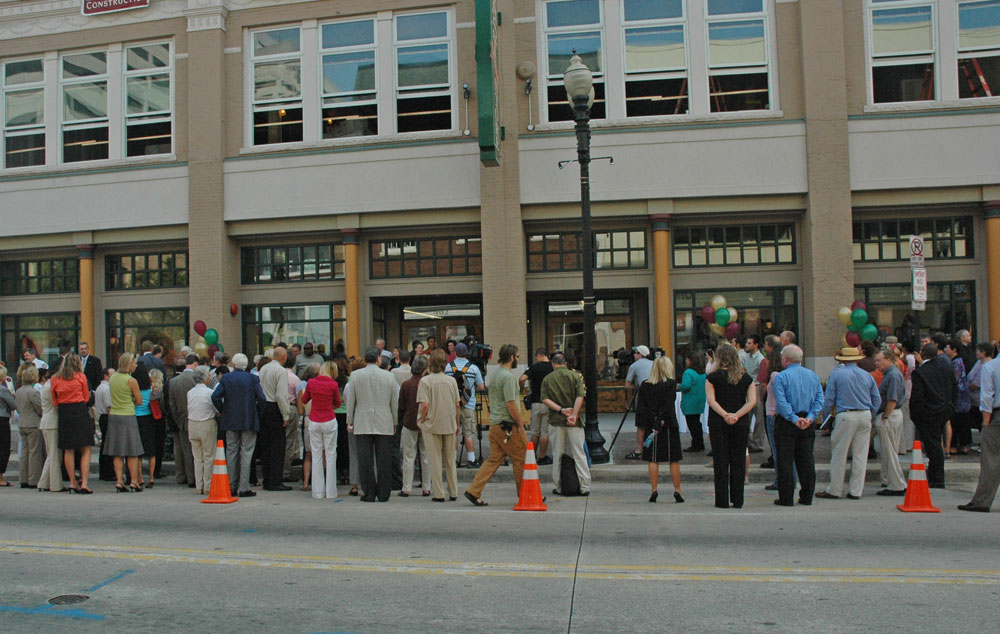 Here’s a sweet example. A couple who met as employees at the Knox Dry Goods Store dropped in one day late in 2007 as a part of their 61st wedding anniversary celebration. Jim was a window dresser, and Evelyn was a customer counter (she tallied customers as they walked through the front doors). Jim shared that he used to go in and out the front doors quite often just to be able to see her. The couple was accompanied by their daughter, her husband, and their grandson.

Natalea Cummings, the general manager since 2015, asked her staff about an experience they most remembered. “Several of them said one of the most memorable encounters they’ve had is when the Oregon Ducks cheerleaders came in the store,” shared Natalea. “While I missed it myself, everyone who mentioned it said that the team thrilled the customers and employees with their pyramids and cheers. They were just a delight.”

Of course, there are local celebrities of all sorts who drop in for a visit from time to time, like Spoon the Pig and other four-legged fans. The store often hosts Smokey, the mascot of the University of Tennessee Volunteers. People line up out the door for a chance to have their picture made with him!

These customers express their approval in wags, but our two-legged customers share their feedback with Google reviews, like this one from Jim Lawson: Always fun to visit and find things that no other store has. Sometimes contemporary and occasionally back in time. And this one from Eduardo Padron: Excellent store to find great quality clothing, outdoor gear, and cool gifts. Well-trained, knowledgeable, and friendly staff is ready to assist customers. Worth a visit just to browse.

“I am so proud of what has happened in Knoxville – how much the downtown has come back to life in the 15 years we’ve been there and how much the employees and the store itself are a part of its home community. That’s what carrying on the traditions of a general store is all about,” said Lisa.