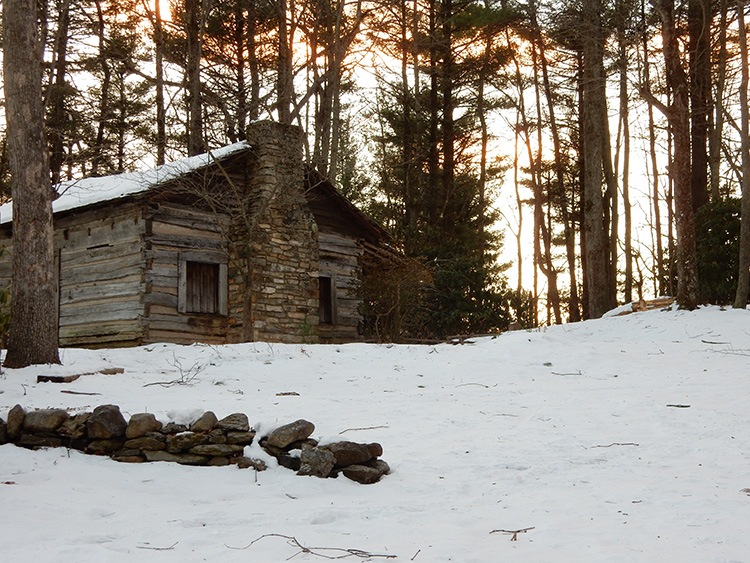 Out with the old and in with the new – 2018 is just a few days away. Many celebrations are planned to bid farewell to 2017 and to embrace all that the New Year has to offer. The roots for some of the celebrations are as old as the hills, so to speak.

A true Southern New Year’s Day meal serves up black-eyed peas, collards or cabbage, and pork. According to an article on SeriousEats.com, black-eyed peas are a Jewish tradition, but are also closely linked to the days during the Civil War and beyond. As Union soldiers ate other crops, they left behind the black-eyed peas because they were considered livestock fodder. These hearty beans tided over Southerners of all classes and symbolize good things to come.

Cabbage or collards greens represent money. A New Year’s Day without either of these two would spell financial ruin for certain. As an old saying goes, “Peas for pennies, collards for dollars, and cornbread for gold,” these are staples of the Southern diet.

Pork is served as a part of the New Year’s Day meal because a pig is always moving forward. Have you ever seen a pig root backwards? Neither have we. Pigs are dogged and determined and serving a ham or pork roast on New Year’s Day helps ensure that events during the upcoming months will move forward.

Some believe that throwing open your windows and doors at the stroke of midnight will usher out the bad luck from the prior year. To make doubly sure, bang a few pots together and make as much noise as possible. Evidently bad luck doesn’t like loud noises. 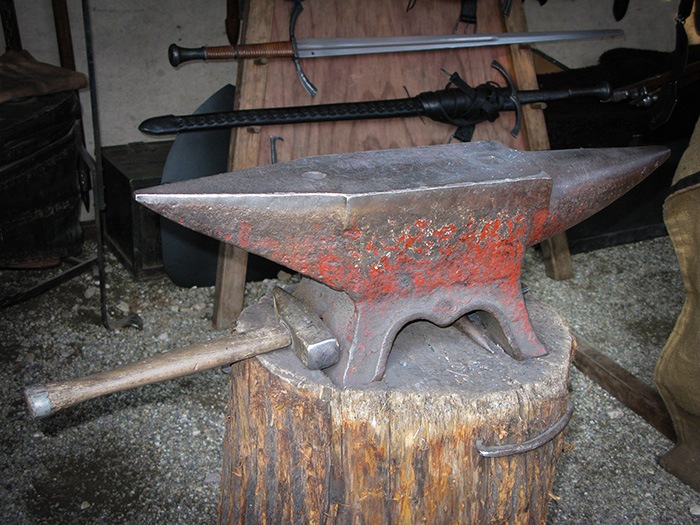 That brings us to another Southern tradition – anvil shooting. Yes, anvil shooting, where one anvil is hurled high into the air using a gunpowder charge nestled in a small pit between it and another anvil. It was like fireworks for the community and utilized items that were readily available. We’ll be the first to say that we don’t recommend backyard anvil shooting – it’s best left to the professionals – or better yet, just head out to a local fireworks display, which may have had its roots in anvil shooting.

Many settlers in the Blue Ridge Mountains were of Scots-Irish descent. For them, the tradition of first-footing was important. A first-footer is the first person to cross the threshold of a house on New Year’s Day. This person could not be in the house at stroke of midnight. Some traditions hold that the best luck followed when the first-footer was a tall man with dark hair. A woman or a man, who has fair hair, were not considered to be lucky at all. Traditionally, a first footer would bring gifts like a coin, bread, and whisky for wealth, food, and good cheer. 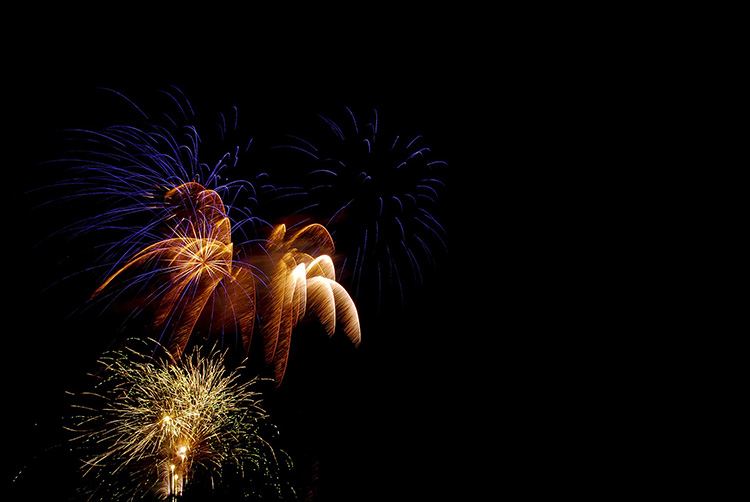 Watchnight services are held by some churches on New Year’s Eve. They are a much more solemn celebration of the coming New Year than the reveling elsewhere. The services involve singing, praying, scripture reading, and of course a message of thankfulness for the year that is passing and resolving and praying for guidance and good fortune in the New Year approaching. During the Civil War, the watchnight service on December 31, 1862 had added meaning for the African-American population. It is said that many slaves gathered in churches to await news of the enactment of the Emancipation Proclamation on January 1, 1863.

No matter how you celebrate on New Year’s Eve, resolve to say “Rabbit, rabbit,” first thing on New Year’s morning. That will ensure 31 days of good luck. No one knows why, and what can it hurt? You can listen to an NPR interview about this saying with a click HERE.

Wishing you and yours the happiest of New Years! Rabbit, rabbit!

For more information on Southern traditions for New Year’s and other times, check out blogs by our friends Dave Tabler at Appalachian History and Tipper at Blind Pig and the Acorn.