From Brown-Rogers-Dixson to Mast Store in Winston-Salem 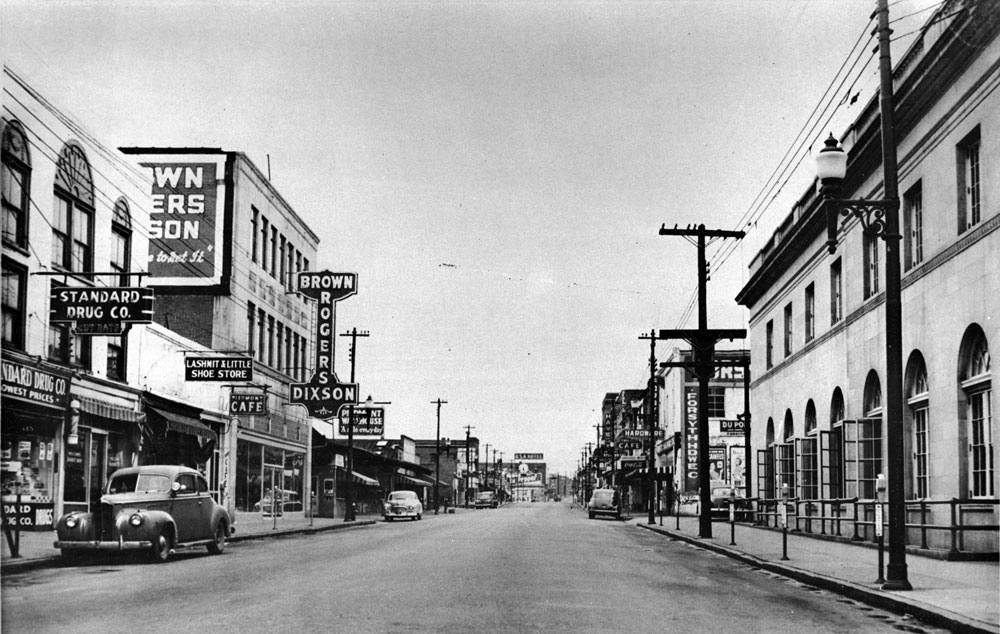 When you go to your local downtown, do you ever stop to think of the events that transpired there? When new businesses or even new industries had their beginnings? How neighbors came together to celebrate holidays or to face challenges in solidarity? When everyone lined the streets to celebrate the unexpected victory of a local team or welcomed home soldiers from the war? Downtowns are gathering places, the heart of the community, and where history happens and can be observed in the small events of every day. Let’s take a look at the interesting history of the Mast Store’s building in Winston-Salem.

Winston-Salem has deep agricultural roots – pun intended. The Moravians, who settled the city, were meticulous in documenting their gardens and saving seeds for the next year. They remain instrumental in keeping heirloom varieties of vegetables around, but it was tobacco that fueled the growth of the city. Top photo courtesy of Forsyth County Public Library Photograph Collection

Thomas Jethro Brown, Mitchell Rogers, and William Carter saw the needs of a growing trade center in Winston. Brown and Carter were involved in the tobacco industry, so Rogers managed the growing retail business. Brown-Rogers & Co. had its first building at the corner of Fourth and Main Streets. 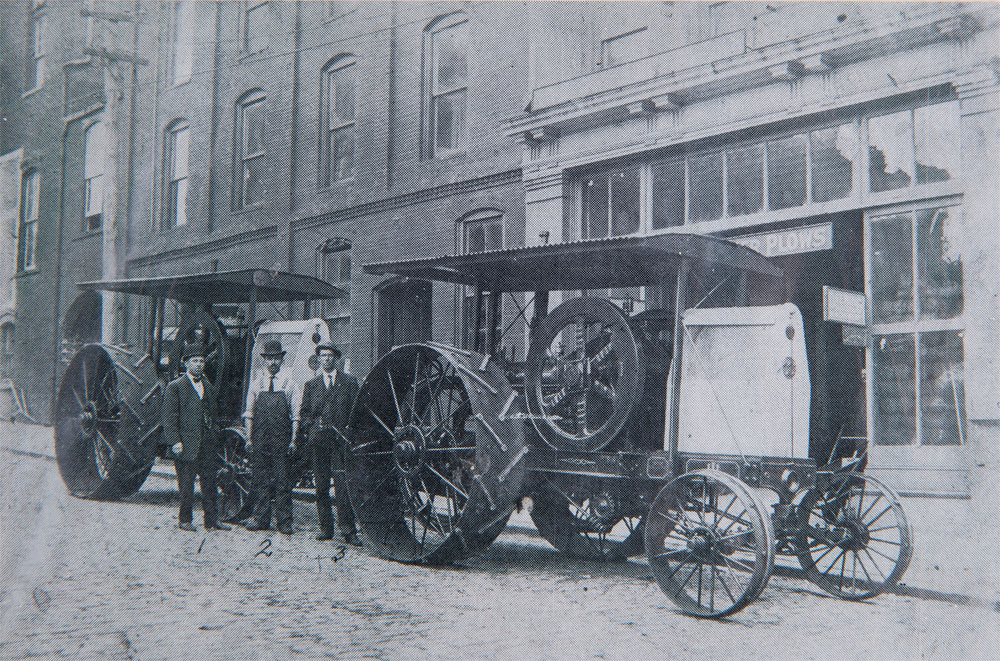 Their business instincts were right. Hardware was in great need for the burgeoning tobacco industry. In the early 1900s, Brown-Rogers & Co. expanded to occupy most of the block between Liberty, Fourth, and Main Streets. Its inventory included most everything a farmer could need – from hand tools and plow points to tractors and parts. A second building on North Liberty Street was built to handle the growing business. It opened in 1905. That building came in handy when a fire destroyed the Main and Fourth location in 1913. Photo courtesy of Ronny Dixson, BRD Scrapbook (1908 display on Main Street)

In 1915, W. N. Dixson joined the company as vice-president and general manager. With the passing of Carter in 1924, Dixson purchased his shares and became the president. The company became known as Brown-Rogers-Dixson. 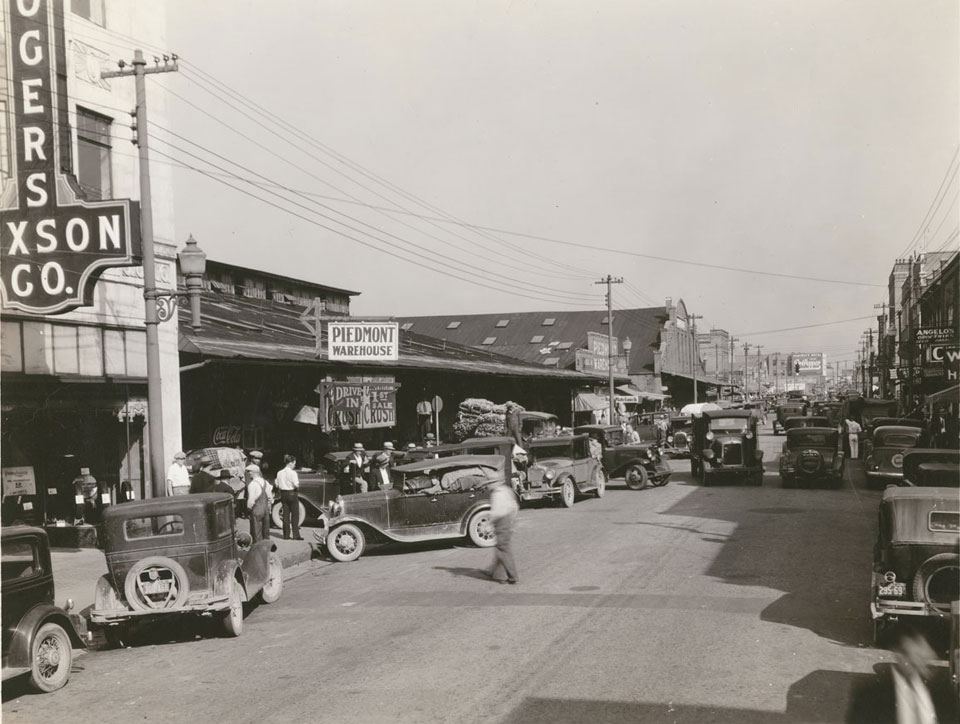 Winston-Salem’s population was growing by leaps and bounds, so a new, larger building was commissioned to be designed by Northup & O’Brien, an architectural firm that designed several prominent buildings in the city. When the B-R-D building opened in March of 1928, it was Winston-Salem’s largest business. With 70,000 square feet of space, it was also one of the largest retail/wholesale spaces in the South. The building was in the shape of a “T,” with doors on Trade, 5th, and Cherry Streets. Photo courtesy of Forsyth County Public Library Photograph Collection

The original flooring in what is now the fashion and mercantile departments was harvested from the Pisgah Forest by the Carr Lumber Company. George Vanderbilt, of Biltmore Estate fame, sold acreage to the Carr Lumber Company for $12 per acre. He could have made much more per acre, but he insisted that the weak trees be taken first and then the rest of the forest would be selectively harvested and new trees planted to replace those that were taken. 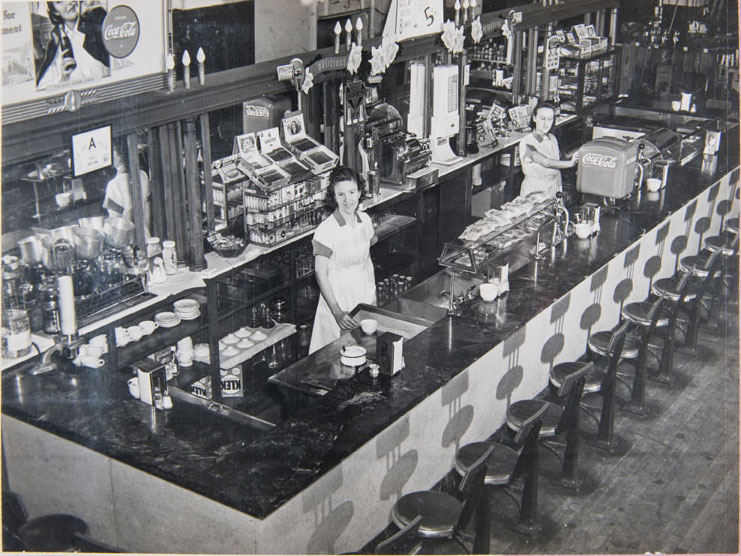 In 1934, B-R-D added another service to its wholesale/retail business. A lunch counter opened at the intersection of the “T” to catch customers who were headed upstairs to the accounting department to pay their bills. It was the first lunch counter in America to be operated by a hardware store. B-R-D dominated the retail scene in Winston-Salem through World War II and lived up to its slogan as “the best place to get it.” Its stock included everything from nuts and bolts to sporting goods, like metal roller skates. They even manufactured their own wooden wagons for children to enjoy when steel wasn’t available during the war. Warehouses throughout the Carolinas were added to service its wholesale customers. With warehouse locations in Raleigh, Charlotte, and Columbia, many customers could have their orders the next day. Photo courtesy of Ronny Dixson, BRD Scrapbook 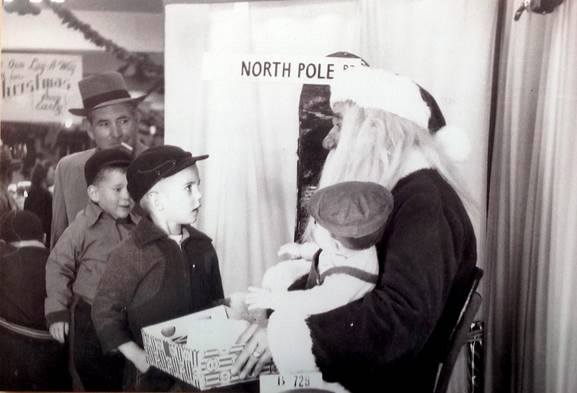 Many children have vivid memories of visiting with Santa Claus at B-R-D. Mrs. Barbara Carter shared this with us after our grand opening in 2015: “Having grown up in Winston-Salem and remembering the history of how it looked when we were shopping downtown as children with our parents has been so sweet. Seeing the transformation of our city as adults is quite amazing. We are honored that Mast General Store has chosen to be a part of our city and family. I believe you said that you were entertaining the thought or idea of bringing Santa back into the store for the Christmas season. I know that it would be a big hit.” Photo courtesy of Barbara Carter

In the late 1960s and early 1970s, it became evident that B-R-D could better serve its clients through the wholesale side of their business, rather than maintaining both a retail and wholesale presence. The retail side was discontinued in the 1970s. Unlike other stores that become Mast Store locations, B-R-D is still in business with a location on Cloverleaf Drive here in Winston-Salem. It services independent dealers in appliances, bedding, etc., and helps them remain competitive in a “big-box” world.

When B-R-D left this building, it went through a series of owners and housed offices and a satellite police department.

A few changes were made in the building before opening as the Mast Store. The grand staircase leading to the Shoe and Outdoor Department is a new addition. Employees used to park their cars in the basement accessing their spaces via the alley from Cherry Street. The flooring downstairs is repurposed from the Wisconsin Chair Factory, which also made Edison Phonograph cabinets. We’ve also learned that a few boards must have “snuck” in from cotton mills because you’ll notice a few “travelers,” small pieces of metal that kept threads from getting tangled, which have been walked into the wood.

Look at the high walls carefully as you wander through the store. There are many reminders of Winston-Salem’s history, including a large aerial photograph of the city that is was loaned to us by our friends at B-R-D.

The building is now listed as a contributing property for the Arts District Historic District. As you’ll notice from photos in the store and in this blog, the scenery around the store and in downtown has changed. Gone are the Piedmont Tobacco Warehouses that used to sit where the IMG building is today. Smokestacks from cigarette manufacturers and textile mills were traded for the innovations in medical and technology fields, but the sentinels of downtown – your favorite shops and restaurants – stand at the ready to welcome and serve new generations of neighbors.