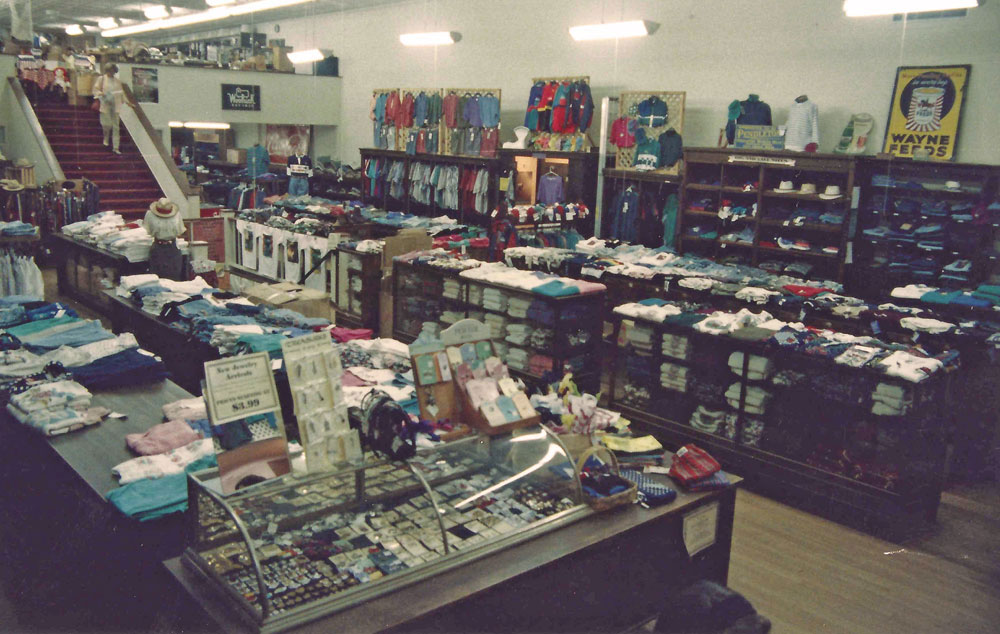 April 13, 1991, was a big day for Waynesville and the Mast General Store. As the doors swung open, so started a journey for the town and for the Store that is filled with long-term relationships and maybe a little bit of magic. This year, Mast Store celebrates being a part of the Waynesville community for 30 years.

Walking down Main Street today is much different than three decades ago. The businesses have changed a lot. There are different retailers, more restaurants, different owners, breweries and distilleries, real estate and attorneys’ offices, artists’ galleries, and lots of people … from everywhere.

Waynesville faced many of the same challenges other small towns were battling in the late 1980s and early 1990s. The character of downtown was changing. Malls and strip shopping centers were opening and drawing businesses and customers from the heart of downtown to the fringes of the business district where surface parking was plentiful and the shopping hours were longer. The National Main Street Center was set up to address this exact scenario, and the Downtown Waynesville Association is a model example for other towns in the state and across the nation. 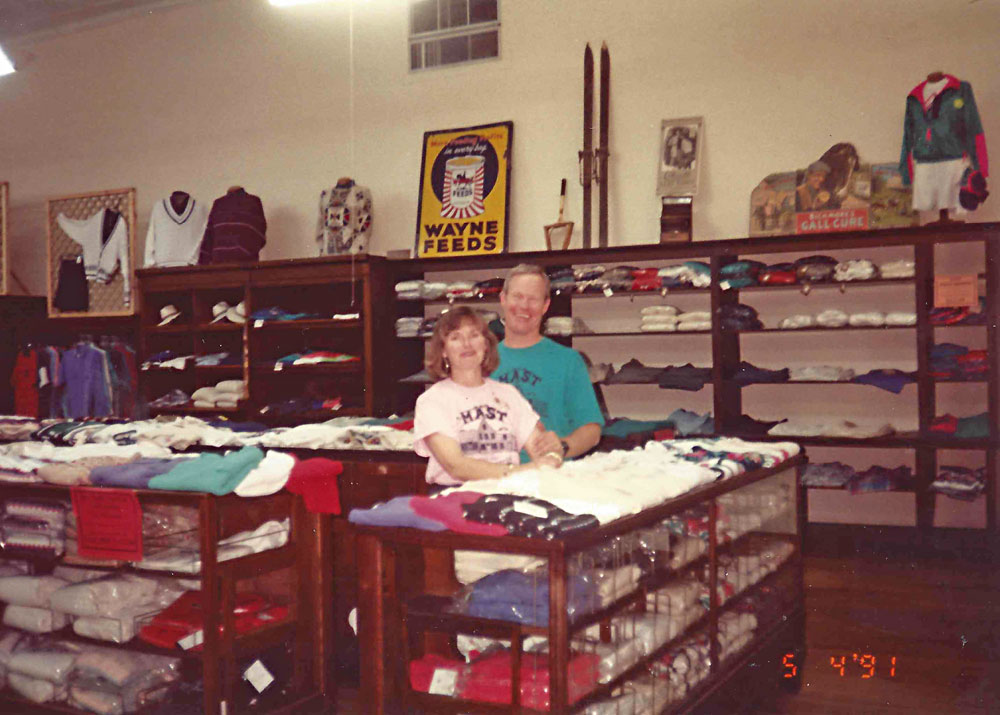 “I was quite impressed with the way they (the DWA) were organized and what they were accomplishing with a well-run downtown organization,” said John Cooper, chairman of the board. “They were the first Main Street town to approach us about having a store in their downtown.

“We weren’t quite ready to make the move when they first approached us, and when we finally went to take a look, the owners were already in the process of converting the location into a bar and entertainment venue,” continued John. “I’m thankful that the leadership in Waynesville was able to convince the owners of the building to cease construction until we had a chance to take a look.” 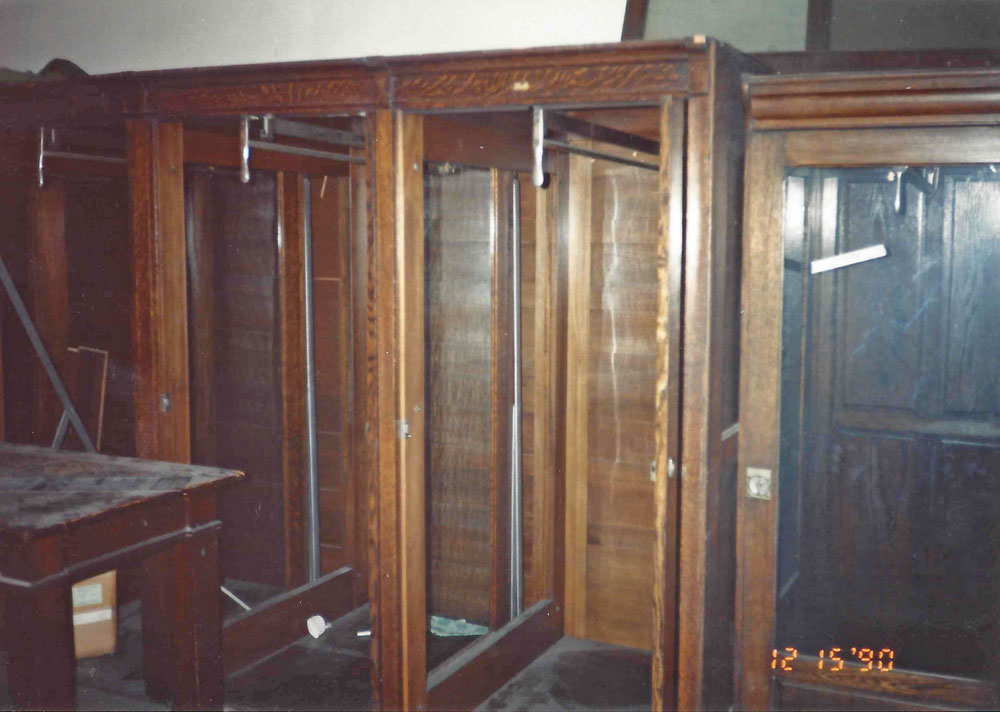 Faye Cooper, secretary/treasurer emeritus, and their daughter Lisa were a bit more skeptical of the location, at first. But one look won them over. “About 10 minutes after they walked into the building, they were discussing where to put the different departments,” continued John.

It took roughly eight months to prepare the store for opening. That included hiring and training staff members, purchasing inventory, and finding fixtures for the store. “Many of the wall units and tables came from an old department store in Spartanburg. It had recently closed and was filled with antiques that helped to create a wonderful atmosphere in the store,” said John. Some of those fixtures still figure prominently today.

Here’s an interesting aside. The Candy Barrel hasn’t always been a part of the Mast Store. It was originally owned by a couple of fellow Valle Crucis residents, Bill and Barbara Manz. “I remember Barbara wanting to put in a Candy Barrel here,” recalled Faye, “but we didn’t have enough room.”

The Manzes researched the building next door which is now the shoe department and opened their third Candy Barrel location.  Faye chuckled, “After it opened, Barbara said, ‘No more Candy Barrels!’” Several years later, the Mast Store made a sweet purchase and incorporated the Candy Barrel into its operations. 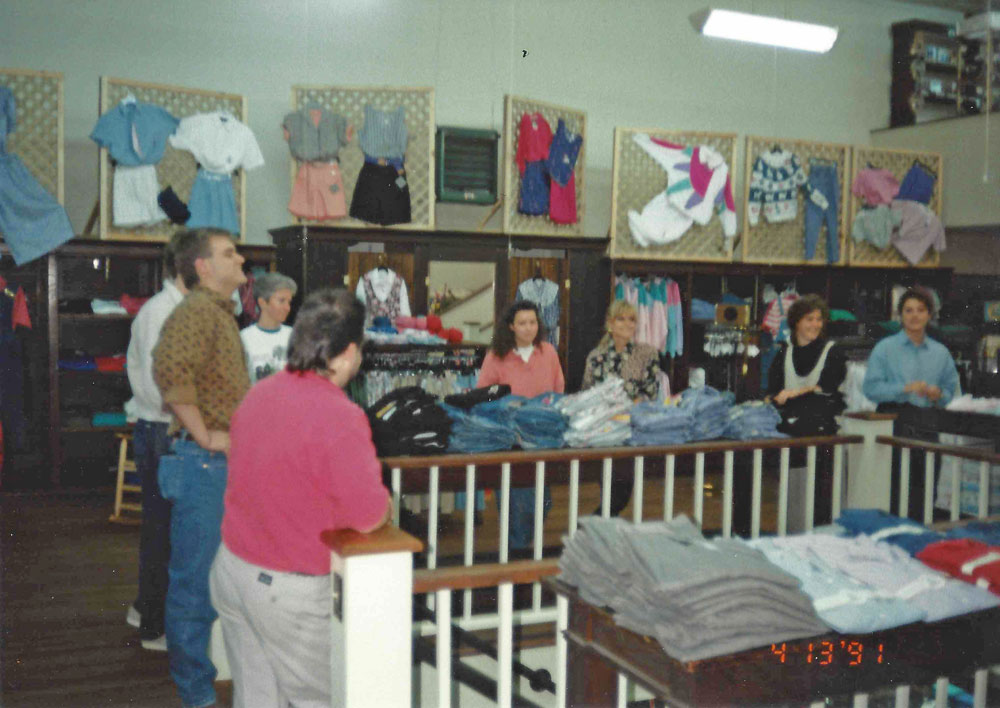 The Mast Store in Waynesville is staffed by a veteran group and is under the leadership of only its third general manager. Joey Fuseler joined the Waynesville team in March of 2018 after spending five years at the Mast Store in Columbia, with a focus on helping other employees understand Mast Store’s culture.

“I love Waynesville,” said Joey. “It’s just the right size town where you can know most everybody, have a positive impact in the community, and still find new things to do.”

Like the managers before him, Joey is directly involved with the DWA. “When Mast first opened here, the storefronts in the downtown district were only around 50% occupied. Now thanks to DWA’s hard work and the synergy created by a great mix of businesses, the vacancy rate is 95%. There’s always a great reason for locals and visitors to come downtown,” observed Joey.

The experience in Waynesville played a key role in Mast Store’s future growth. “It is important for a town to want the Mast Store to be a part of its community,” said Lisa Cooper, president of Mast Store. “Waynesville had a very special vibe. It was evident when you stepped out on the street, and the building was perfect. We are glad that we can contribute to its charm and appeal. I will always have fond memories of bringing our first store to a new community. Here’s to another 30 years!”