A Hot Spot to Gather 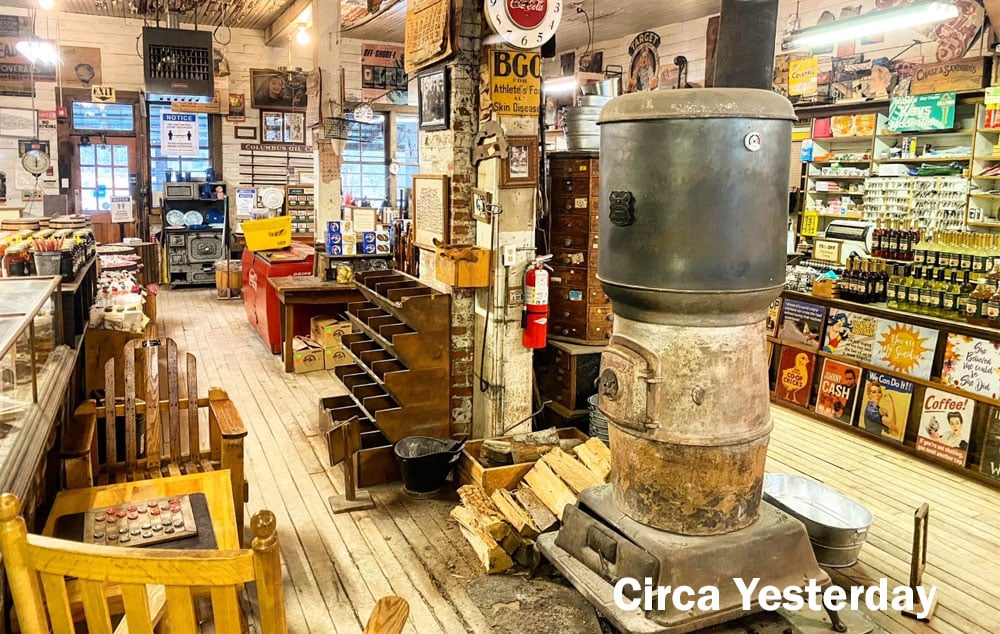 We’ve all asked the question, “If these walls could talk, what stories they would tell?” That could be said about many places and perhaps the walls themselves – think about Russia’s famous Amber Room if it’s ever found. Much closer to home, we started wondering about the iconic centerpiece of the Front Room at the Original Mast General Store. Just what is the story of the pot-bellied stove?

While the actual history of the pot-bellied stove is enrobed in its own smoky haze, there’s enough there that can be confirmed to share. 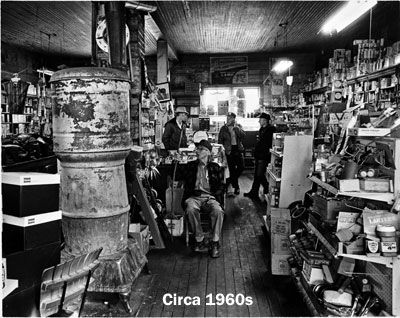 First of all, the stove is not original to the store. According to Richard Mast, whose family owned the store from 1897 until the early 1970s, “There was a much smaller stove in the same place for many years.” And, it has been rumored that a stove may have been located below the floor of the front room before that. “H. Mast told me that an earlier stove was located below the floor for a while because they thought it would more efficiently heat the room since heat rises,” shared John Cooper, Mast Store’s chairman of the board. “As it turned out, all of the heat just went up to the ceiling.”

The stove we all enjoy today came from Gragg’s Boat Dock in Butler, Tennessee. “Dad used to take us over there to rent a boat and go fishing,” said Richard. “I have no idea why the dock had such a big stove, but it was for sale one day, and dad bought it.” The best guesstimate on the timeframe for the stove arriving at the store is the mid-1960s. “And it was old then.”

It is a large piece, so it was taken apart for transport and reassembled once it arrived. 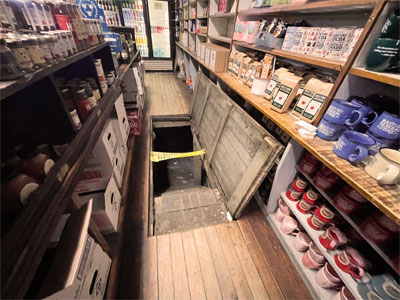 “We burned coal in the stove and would go down the stairs through a door located in the floor to fill the coal scuttle up,” continued Richard. You can still see the door in the floor today near the grocery shelves in the Front Room. A dump truck filled with coal would transfer its load through a coal chute into a small opening leading to the basement. The coal usually came from Coeburn, Virginia.

Coal burns really hot. “There were times when the stove would glow it was so hot,” remembered Richard. That led to a little repair work needing to be done. “Cub Ward worked at a foundry, so he took some measurements and recast the round part at the bottom that contains the firebox. It has more of a rough look and feel.” 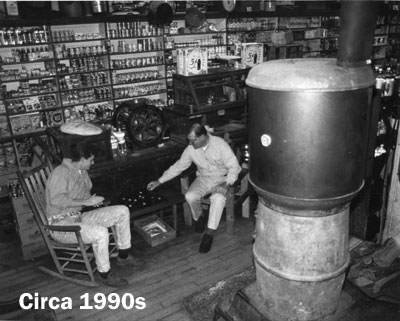 The big barrel at the top of the stove is unusual. We’ve never seen another one like it. As John explained, “It really is helpful in dispersing the heat into the room; all of it doesn’t just head up the stovepipe.” And speaking of that section, it’s been replaced, too. A local metal-working shop in Boone, NC, Triplett and Coffey, replaced it possibly in the 1970s. Earlier photos show ridges in the barrel part of the stove, while the newer replacement is smooth and possibly a little larger.

“The stove was the only heat source we had in the store,” Richard recalled. “In the winter when we had oranges and bananas in the store, we’d bring them into the room and stack them near the stove to keep them from freezing. On the weekend, we had to take them home with us.”

John shared a story from the family’s early days in the store. “We were still burning coal in the stove, and I tossed in the last chunks of the scuttle and noticed there was some dust in the bottom. I thought to myself, ‘It’ll burn,’ as I sprinkled it into the firebox.” It was at that time that Faye, John's wife and Mast Store’s secretary/treasurer emeritus, chimed in, “Like gunpowder!”

And it did! There was a big bang, the firebox door flew open, flames were coming out of it, and worst of all, soot blanketed EVERYTHING in the Front Room. Perhaps this incident added to the environmental reasons to switch to only burning wood in the stove now.

The stove has always been a gathering space. It just seems natural – whether there’s a fire or not. John remembered a time when the family had returned from a vacation. “We had just gotten back from the Sugar Maple Festival in Virginia, and there was three feet of snow on the ground in Valle Crucis. The store was open, but not too many people were out. The locals all showed up and sat around the stove to talk. It was like a page from the past.”

When you stop in, you might see a local sitting on the bench beside the stove reading their mail or a grandfather and granddaughter engaged in a serious game of checkers. The stove is still a place to gather, and as John observed, “There’s no telling how big the fish grew or how low the golf scores dropped in the many tales told here.”

Editor's Note: We are always finding out new stories and information about our history. Don’t be surprised if things may change or facts may be added.