A Harvest of History in Winston-Salem 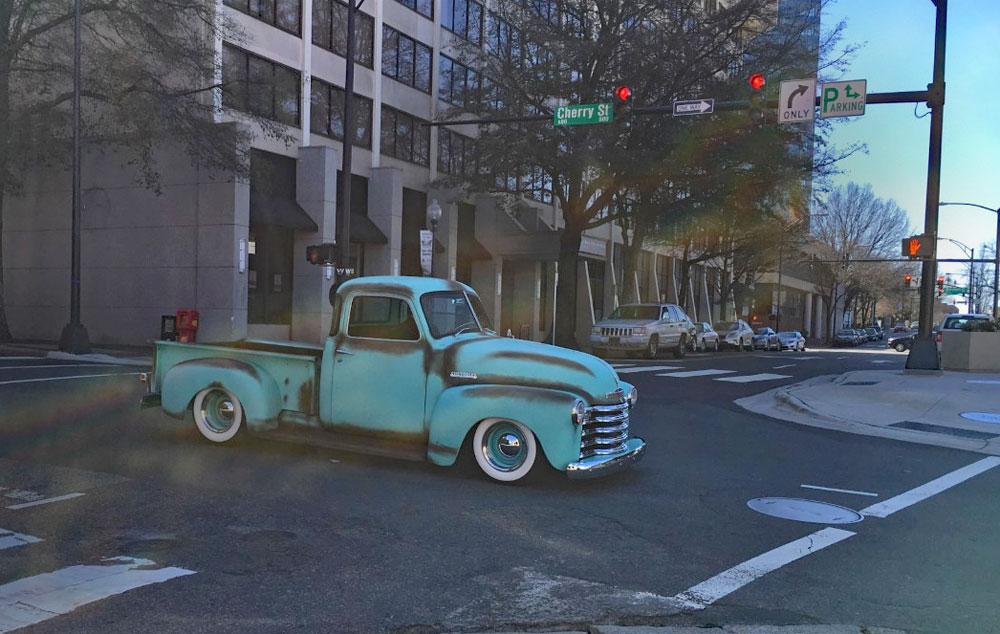 If you are walking just about anywhere in Downtown Winston-Salem, you are in the midst of history. In some locations, it is pretty obvious, like Old Salem, but in others, we need to dig just a little bit deeper. Nonetheless, North Carolina’s fifth-largest city has a lot to crow about.

**Remember that many businesses are still maintaining a retracted operating schedule. Please call ahead before visiting to check if reservations are required, etc. **

Turning back the clock to the city’s earliest times, the Moravians set up several small communities in the Wachovia tract including Bethabara and Bethania, which were established in preparation for the larger town of Salem (1766). 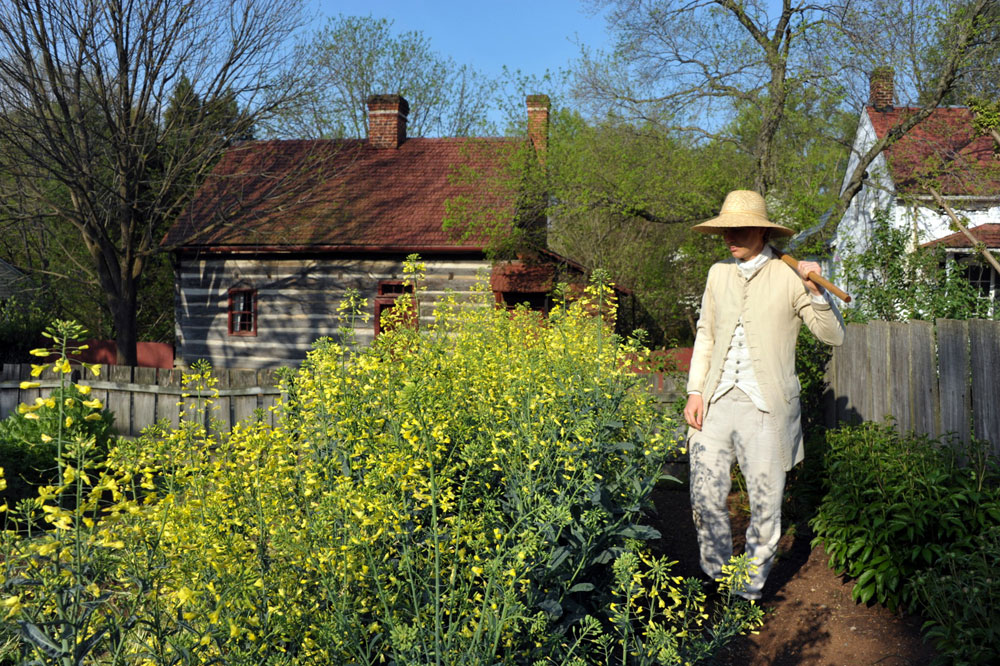 The early Moravians were meticulous record keepers, so their transcripts and writings provide a window to observe early American life in all aspects – the church, business, and even gardening and farming. The documents were very important as Old Salem began to focus on restoring the character of its historic community in 1950. It is an ongoing process with archeological digs literally unearthing more stories to tell each year. Today, when you visit Old Salem, the layout of gardens and activities in shops and homes draws their inspiration directly from the horse’s mouth, so to speak. If you’re a gardener, heirloom seeds are available at the Moravian Book & Gift Shop. Save the seeds from this year’s crop to sow for next year’s - these are all open-pollinated, so you’ll be farming in the tradition of the late 1700s.  *Photo courtesy of Visit Winston-Salem

Did you know that the Moravians held the only known celebration of July 4th in 1783 as a day of thanksgiving for the return to peace?

Flashing forward a few years, the town of Winston was formed on 31 acres in 1849 when Salem and the Moravian Church Fathers declined to become the county seat for Forsyth County. That was the beginning of incredible growth and innovation for the towns. Here are some names you might recognize – Wachovia National Bank opened in 1879. John Wesley Hanes opened Hanes Hosiery Mills and Pleasant Henderson Hanes opened Hanes Knitting Company in 1901 and 1902 respectively. R. J. Reynolds Tobacco introduced Camel cigarettes in 1913 and soon controlled more than 50% of the cigarette market.

When the two cities consolidated in 1913 forming the single municipality of Winston-Salem, it was North Carolina’s largest and most industrialized city. The wealth created by the tobacco industry, and to some extent textiles, still benefits the city and region today. The Reynoldses, Haneses, and Grays (of Bowman Gray Medical School) supported many civic causes, and several of them were firsts in the region, state, or nation. 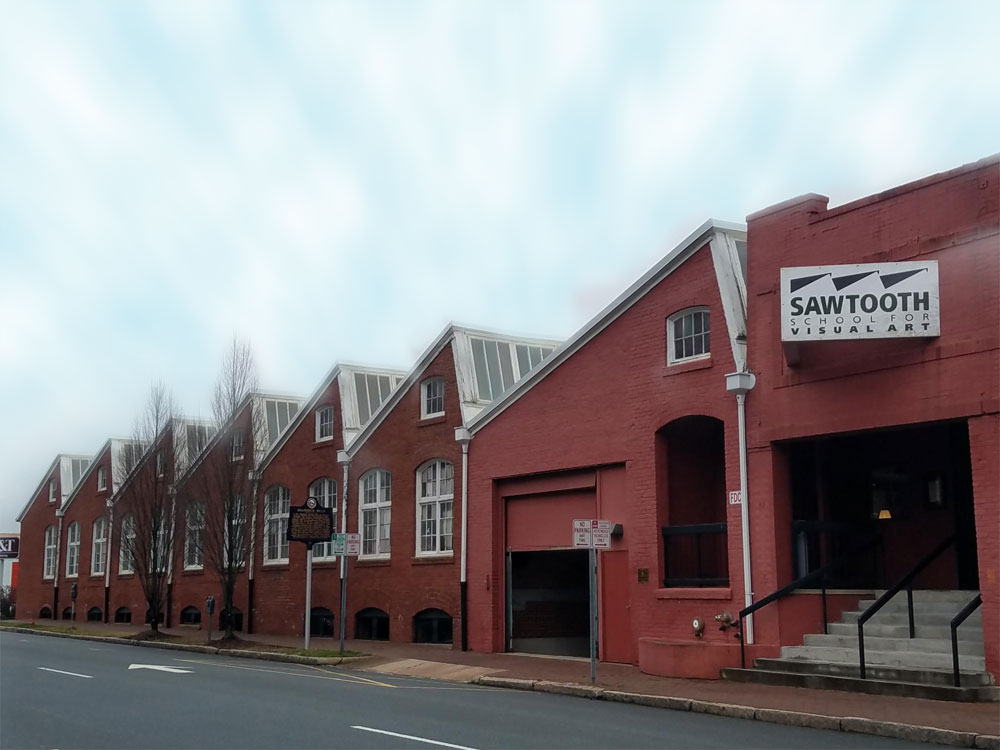 About a four-block walk from the Mast Store on Trade Street is the Sawtooth Center for Visual Art. The Center is located in an old textile mill that was purchased by R. J. Reynolds Tobacco and given to the Winston-Salem Arts Council. When it was established in 1945 it was one of the nation’s first community visual art schools.

Speaking of firsts and art, the Arts Council of Winston-Salem and Forsyth County is arguably the first of its kind in the nation. It was founded in 1949 and is a driving force behind the city’s development as a cultural destination.

Let’s spend a little time talking about houses. Everyone knows about the Biltmore Estate in Asheville. It’s America’s largest family home. Well, there are two homes in Winston-Salem that were its rivals in the late 1920s. 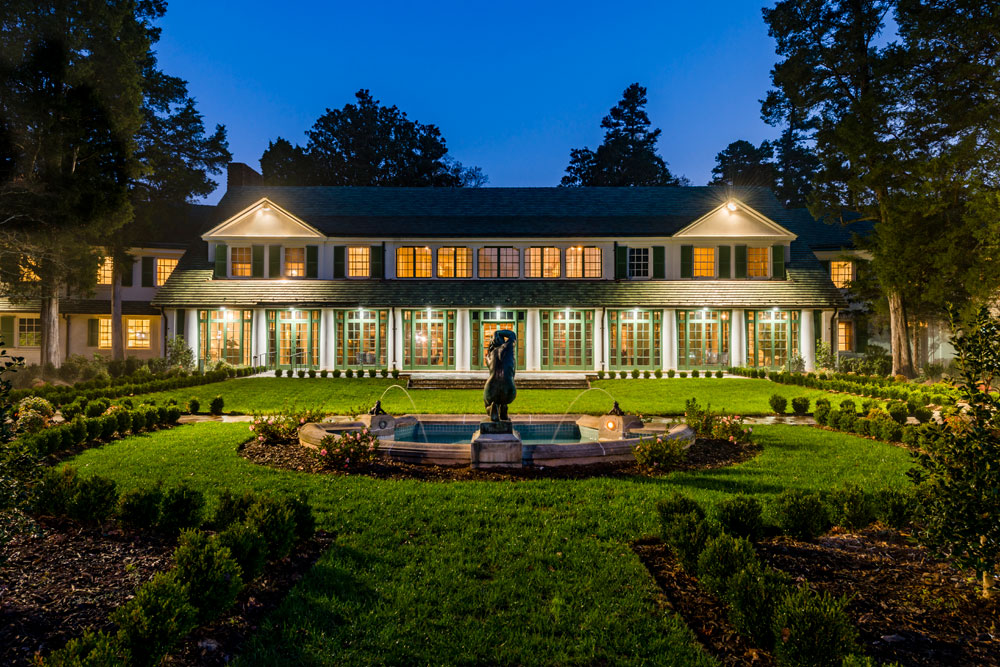 The Reynolda House originally sat on just over 1,000 acres of land and included a village where the estate’s workers lived. The village included a church, a post office, a school, and other buildings designed by Thomas Sears. Their design mirrored that of the larger house, which was built as a large bungalow, with walls of white stucco and green tile roofs. While the structure was unpretentious, it did have about 100 rooms.

Today, The Reynolda House is open to the public and features works by some of America’s most well-known artists, like Thomas Eakins, Mary Cassatt, and Georgia O’Keeffe. They were collected by Barbara Babcock Millhouse, the granddaughter of R. J. Reynolds. You can view the art in the same manner as it would have been enjoyed by the family – resting comfortably on sofas or easy chairs. If the weather is nice, you can enjoy a stroll through the beautiful formal garden. The gardens were completed by Thomas Sears. The Reynolda Gardens offer classes, workshops, and events for all ages.  *Photo courtesy of Visit Winston-Salem 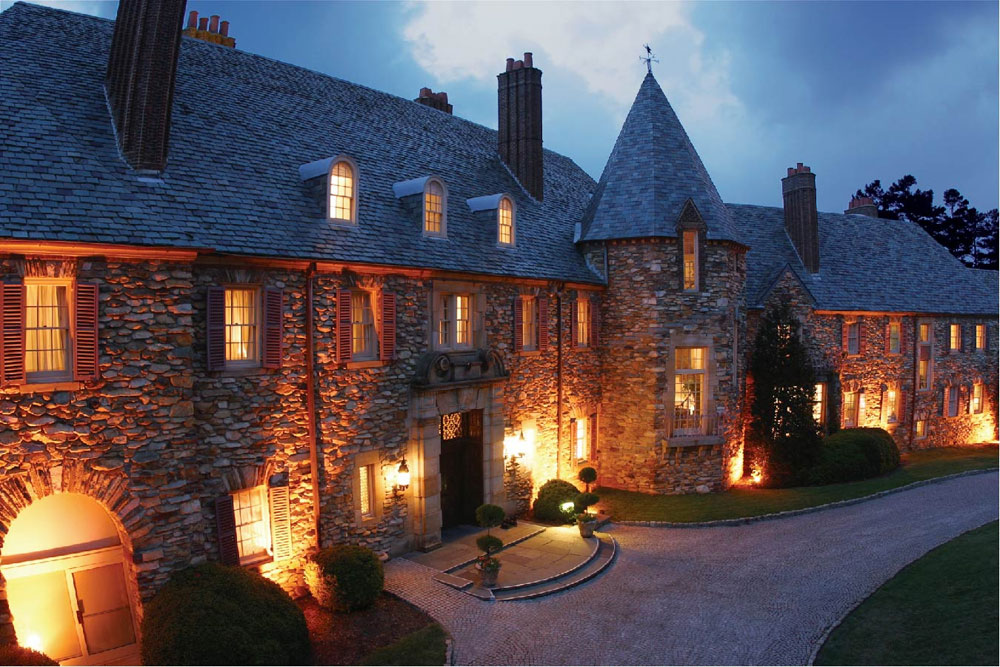 Evidently, Sears work was much appreciated because he also designed the gardens and grounds at Graylyn Estate. Constructed between 1927 and 1932 by Natahalie Lyons Gray and Bowman Gray, Sr. (the chairman of RJR Tobacco Company), the mansion was built in Norman Revival style and featured 60 rooms. The telephone and floodlight systems were cutting edge in the 1930s, and its furnishings were as grand as the exterior.

The estate was gifted to the Bowman Gray School of Medicine in 1946 and was utilized as a psychiatric hospital from 1947 until 1959. In 1972 Gordon Gray, the son of Bowman and Natahalie, bought the estate back and donated it to Wake Forest University where it has been used for many purposes including a dormitory. Graylyn is listed on the National Register of Historic Places. Imagine spending your college years in a castle! *Photo courtesy of Graylyn Estate

You can stay at Graylyn. It was named one of the “Top 16 Romantic Getaways in North Carolina” by U.S. News & World Report and is a member of the Historic Hotels of America. If you’re not looking for an overnight stay, you can dine in elegant style in the dining room or enjoy your meal in the Grille Room.

Advertising art is very collectible. During any visit to a Mast Store, you’ll encounter different kinds of advertising art – from Standard Oil signs and funeral home calendars to point-of-sale posters for Crazy Water Crystals and old bottle displays. But some advertising art can’t be collected except by the snapshots of your camera. There are two such ad art destinations in Winston-Salem.

The oldest is the Mickey Coffee Pot, which was erected in 1858 to advertise the tinsmith shop of Julius and Samuel Mickey on South Main Street. It was quite effective but also obtrusive. It was hit by wagons and cars alike, and in 1920, it was damaged when a car hit it. The city wanted it to not be restored, but after a protest, allowed it to be re-erected as long as it was farther from the street. After several moves, the Coffee Pot sits at the intersection of Old Salem Road and Main Street, and it is embraced as a symbol of the city and its hospitality. 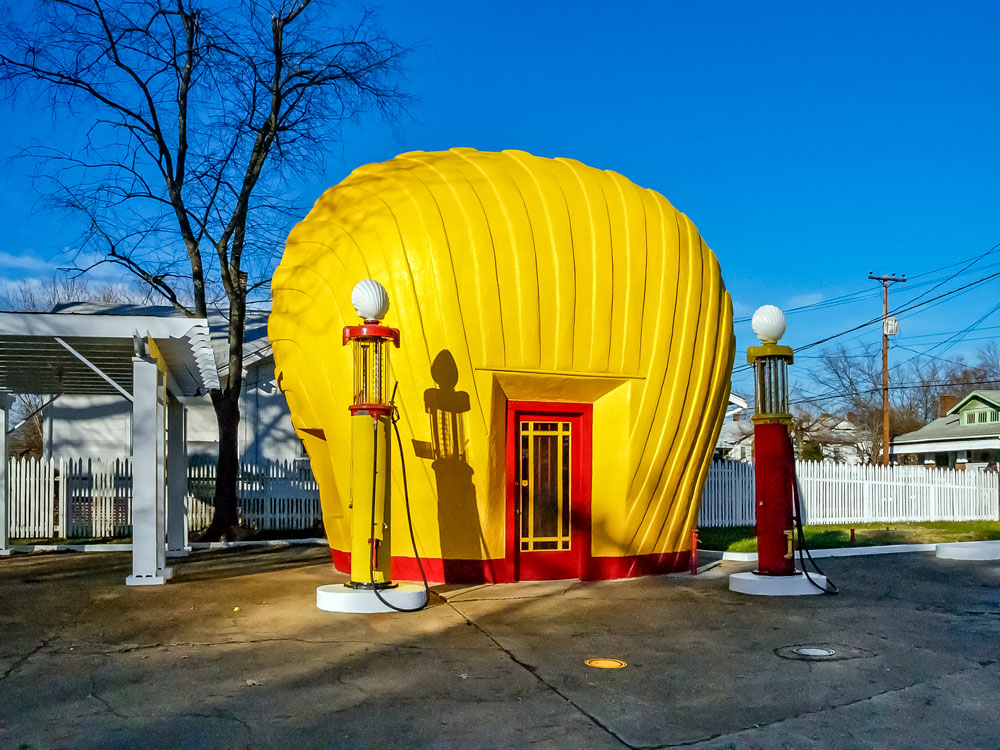 The second is the only remaining clamshell-shaped gas station in the city (and the United States). Joe Glenn and Bert Bennett, the team who acquired the distribution rights for Quality Oil (now known as Shell Oil), thought they needed to raise awareness and create excitement for the brand in the area. This station was built in the 1930s and remained open until the 1950s. It was the first individual station to be listed on the National Register of Historic Places in 1976 and was restored in 1997. You’ll find it at 1111 East Sprague Street.  *Photo courtesy of Visit Winston-Salem

Downtown Winston-Salem is filled with fun places to stop in for a quick bite to eat, interesting local shops featuring local artists, hometown breweries and tasting rooms, and of course history. Many of these locations are in a short walk or easy drive of the Mast Store at 516 North Trade Street, Winston-Salem, NC 27101.

24 Hours In Asheville, NC
The Secret to Giving the Perfect Gift
Fall Hike on the Rattlesnake Lodge Trail