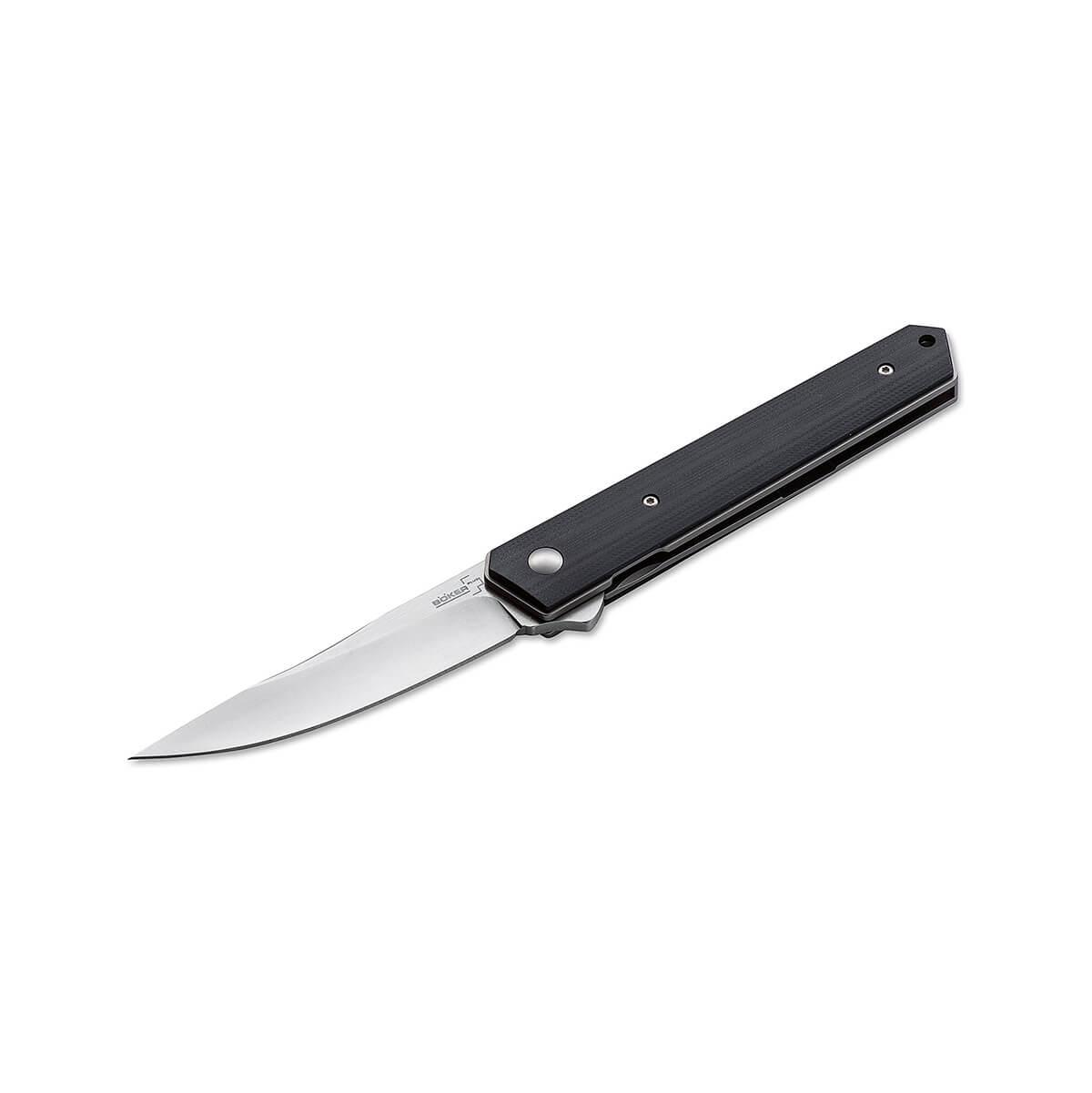 The Boker Plus Kwaiken Flipper by Lucas Burnley is probably one of the most influential designs of the 21st century. With its clean and utilitarian form, the modern pocket knife has become a true icon. The clean lines and slim design, which still houses the complete blade when closed, is absolutely unique. It is the further development of his well-known Burnley Kwaiken Classic - a cord-wrapped neo-Japanese fixed blade.

The flipper ensures intuitive operation and additional safety, while the Linerlock securely locks the narrow stonewash finished blade made of VG-10. The tactical appeal is underlined by the G10 scales, which give the knife a very special appearance.

The thin construction and exclusive materials make the Kwaiken into a true crossover between Gentlemen Folder and Tactical Knife. In an attempt to more easily bridge the gap, the Kwaiken Mini Flipper has the same outstanding characteristics as its big brother at significantly reduced (and therefore pocket-compatible) dimensions. With removable clip (tip-up).